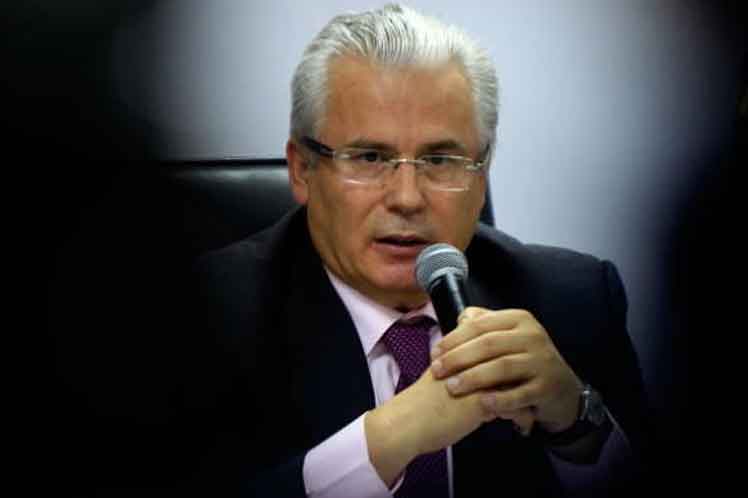 The lawyer appeared today before the National Court of Spain, which is investigating the alleged espionage suffered by the founder of the WikiLeaks website while he was in asylum at the Ecuadorian embassy in the United Kingdom.

As the coordinator of Assange’s international defense, Garzon testified as an injured witness, having also been a victim of that surveillance by the Spanish company UC Global, responsible for the security of the embassy of Ecuador in London between 2015 and 2018.

In statements to the press after testifying before the judge of the National Court Jose de la Mata, Garzon confirmed that the persecution to which his client was subjected during his stay at the Ecuadorian embassy contaminates his extradition process to the United States.

‘Julian Assange has been the subject of political persecution in which all the rules of due process have been violated. It has been acted with false tests, with illicit proof, and the procedure of the United States is totally contaminated at its roots’, he assessed.

Delivering Assange to the United States would be a violation of the right of defense and an attack on freedom of expression and access to information, emphasized Garzon, who reiterated that he is a journalist persecuted for revealing very serious acts of crimes against humanity and of corruption.

Assange, who was from 2012 to 2019 in the Ecuadorian diplomatic mission in London, is in the London maximum security prison in Belmarsh, awaiting the second phase of the extradition process requested by Washington, after his arrest by the British police.