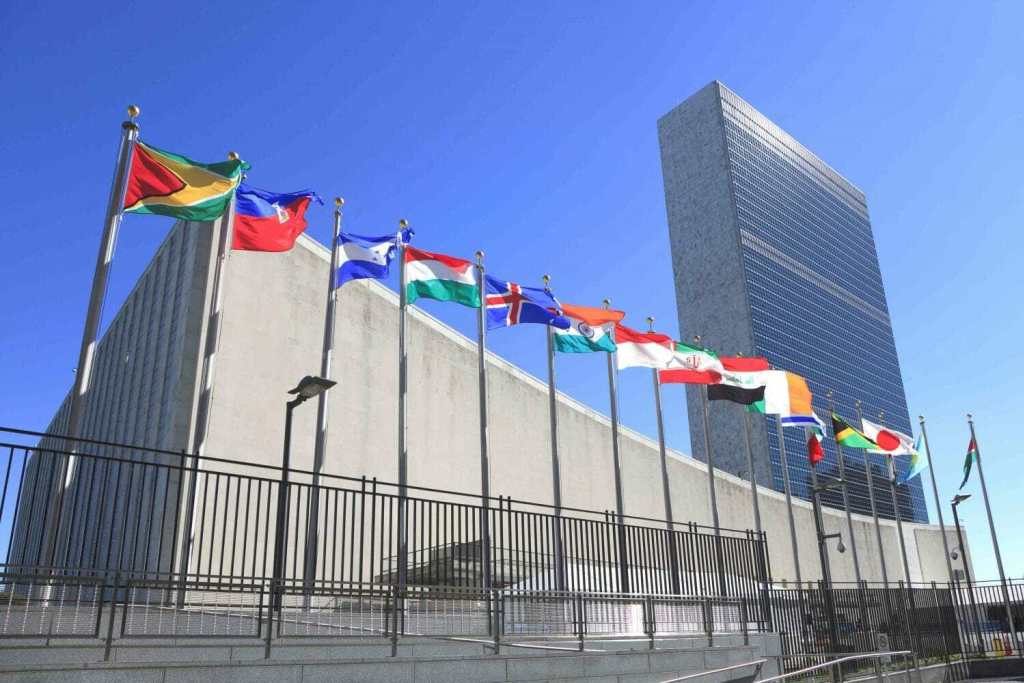 The UN, in the vision of its initiator, who was the anti-imperialist Franklin Delano Roosevelt, was supposed to be an actually functioning international democracy composed of independent nations which would be interrelating on the basis of international laws that would concern only international relations, and not at all intranational relations or “domestic policies” (including all internal state matters). The basic idea was that each nation’s internal policies would continue to be determined strictly by that given nation’s own constitution and laws. FDR had no fantasy of having the UN become involved in the internal affairs of its constituent nations.

However, FDR died on 12 April 1945 and became replaced by the pro-imperialist Harry S. Truman, who produced, and mainly created, the imperialism-accepting UN that has since degenerated into the international lawlessness which prevails today, under the existing international PR-forum, which is today’s United Nations. FDR had intended to design (and largely created the design for) a UN so as to avoid the then-existing international lawlessness, which he said had produced both of the World Wars. That was the problem he was concerned with in creating the UN — to prevent WW III. He created it because he believed that only by avoiding the international lawlessness that had always prevailed can a Third World War be avoided. His intention was to devote the rest of his life to building and solidifying that UN

The UN that the pro-imperialist Truman shaped, in violation of his predecessor FDR’s anti-imperialist intention, has degenerated so much, by now, so that it has become effectively dead (except as a PR forum). Truman’s imperialism-accepting UN has died — become the walking-dead zombie it now is — because the U.S. Government no longer even has any need to be concerned about possibly being held legally to account under international law. Power corrupts, and, by now, the most-powerful (the U.S. and its allies) have no accountability at all, on the international stage. Without accountability on the part of the most-powerful, there is really no international law — no international government — at all. That’s today’s UN: it’s this Truman-birthed zombie, the fill-in UN

The U.S. and Israel are the most-frequent — and always un-prosecuted — violators of international laws; and the U.S. Government itself is also, and uniquely, the world’s most common repudiator of the will of other nations in snubbing, and refusing to participate in, agencies of international law, such as the International Criminal Court, and international agreements to restrain global warming.

This is not the UN that FDR envisioned and hoped for; it is instead the rule-by-force that Adolf Hitler and the Axis powers during World War II intended to exist.

What we see around us now is understandable realistically only as reflecting the lawless world that the world’s most powerful nation has created, and effectively imposes upon the rest of the world.

Here are some examples:

On July 21st, South Front headlined “Israel Responds With Force To Iranian Plans To Deploy Air Defense Systems In Syria” and reported “Late on July 20, the Israeli Air Force carried out a new wave of airstrikes on the southern countryside of the Syrian capital of Damascus. According to Syria’s state-run news agency SANA, Israeli warplanes launched missiles from the airspace over the Golan Heights at 21.48 local time.” How is this invasion by Israel not an example of aggressive war, such as was prosecuted at the Nuremberg Tribunal after WW II and such as is prohibited by the UN Charter? The invasion is routine by Israel and always unprosecuted by any UN agency. Furthermore, Israel militarily seized the Golan Heights from Syria and possesses no right to launch air strikes from Syria’s territory there against the parts of Syria that Israel does not control. Israel can do this only because the U.S. regime allow it to. 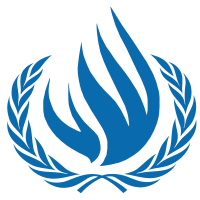 The UN is irrelevant.

Actually, for over a decade, ever since at least when the U.S. President Barack Obama came into power in 2009 and won the Nobel Peace Prize for his hypocritical rhetoric, and started his secret planning to overthrow and replace Syria’s Government, such military invasions of Syria by the U.S. regime and its allies have continued unabated and destroyed Syria — and who has been punished for this?

And he and his allies did it to Libya first, in 2011, and “We came, we saw, he died, ha, ha, ha!” How brazen is that? According to the Judgment at Nuremberg, “To initiate a war of aggression … is the supreme international crime,” and the Nazi leaders were executed for having produced it. The United States Government routinely produces it, such as in Iraq 2003, Libya 2011, Syria 2012-, Yemen 2015-; and the U.S. regime’s allies — Israel, UK, and others — likewise do. All leaders who do so must be executed, or else the Judgment at Nuremberg was mere victors’ ‘justice,’ nothing such as Franklin Delano Roosevelt, leading America’s allies in WW II, intended. Furthermore, a strong case could likewise be made that America’s coups which overthrew and replaced Governments in dozens of countries after WW II, such as Thailand 1948, Syria 1949, Iran 1953, Guatemala 1954, and up through to Ukraine 2014 and others that were attempted such as against Venezuela many times, likewise constitute the international crime of aggression, though perpetrated by subversion and bribery, instead of by paying outright armed forces in an overt military invasion.

Consequently, there can be no reasonable question that the United States of America is uniquely the successor-nation to Adolf Hitler’s Germany.

For example: how was Obama allowed to overthrow and replace the democratically elected leaders of Ukraine in February 2014 in a barbaric and bloody coup by means of which his agent Victoria Nuland was able, in a telephone call on 27 January 2014 (prior to the February 2014  coup), to instruct the U.S. Ambassador to Ukraine, whom to get appointed to lead the post-coup government, and to tell him that “Yats is the guy”? (And a month later, he was appointed to lead that Government.)

How can a national head-of-state who decides on his own which foreign heads-of-state will be regime-changed and how, and even which ones will be assassinated (as Libya’s Gaddafi became, by U.S.-backed forces — and as Iraq’s Saddam Hussein had been, by U.S.-backed forces, in 2003), and not himself face an international court and firing-squad, guillotine, or other means of public execution? Is such, a world, a world under international law, or instead, a world under international lawlessness?

Furthermore, Obama was the norm for this regime’s head-of-state. His immediate predecessor, George W. Bush, invaded Iraq on 20 March 2003 without any UN authorization, and destroyed the country — a country that had not invaded the United States nor even threatened to do so. (Just like Syria. Just like Libya. And just like Venezuela and Iran, which his successor Donald Trump wants to destroy.)

Obama’s successor, Trump, has not only perpetrated yet more of Obama’s invasions of Syria, and of Iraq, and of Iran, and of Yemen, and elsewhere, but he even continued Obama’s coup-attempts against Venezuela, and cancelled the international agreement that enabled nuclear inspections in Iran, and refused to sign the tepid Paris Climate agreement, which — unenforced though it was — was nonetheless unacceptably strong for the U.S. regime to allow.

How and why is it, then, that all three of America’s recent international dictators still have heads on their shoulders, instead of in the ditch?

Hitler gave up his life for one cause above all else: a dictatorial world order. He died in that vicious cause. But ultimately he won WW II, because the America that followed after him and participated in killing him and his top followers is mainly his international regime of global conquest, not FDR’s democracy in an international democracy of independent nations.

Hitler, in the deepest sense, won WWII. How long will his victory be allowed to stand? How long will his successor, the global American empire, be allowed to continue? What will bring it to an end? Will that be yet another imperialistic fascist regime? Or will it instead be FDR’s vision, of an international federation of independent nations, a global democracy of independent states — the UN that he had planned?

Anticopyright: Editorials and articles originated on TMS may be freely reprinted, disseminated, translated and used as background material, provided an acknowledgement and link to the source, TMS: The Irrelevant UN, is included. Thank you.