While Israel Celebrates a New Peace Accord, Palestinians Once Again Lose

Netanyahu may have agreed to halt annexation of parts of the West Bank, but the UAE has ensured the occupation itself is normalised. 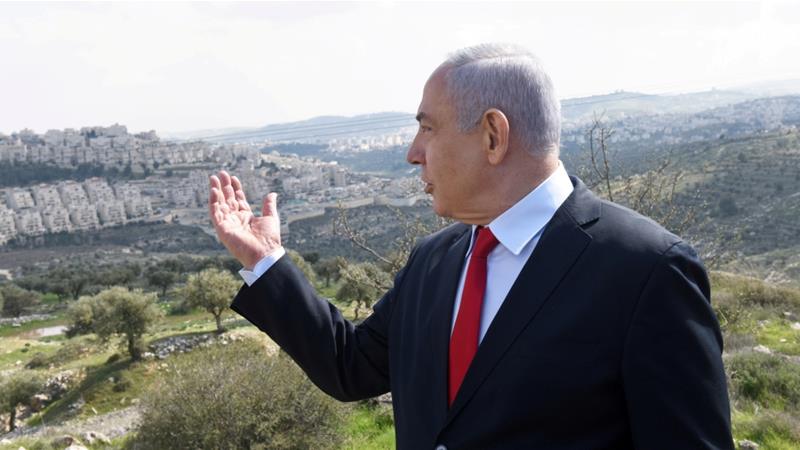 14 Aug 2020 – Who could be against an announcement of peace between two nations formally at war? Who could possibly object to Israel calling a halt to a move that would have entrenched yet deeper the loss of territory Palestinians need for a state of their own? We got the answer on Thursday [13 Aut], when Donald Trump, Benjamin Netanyahu and the de-facto ruler of the United Arab Emirates, Sheikh Mohammed bin Zayed Al Nahyan – MBZ to his friends – announced what Trump called a “historical peace agreement” between Israel and the Gulf state. In return for “full normalisation” of relations, Israel said it would suspend its planned annexation of large chunks of the West Bank.

Sounds great, right? There was immediate praise from the United Nations, from Britain and France, from Egypt, from Trump’s November opponent, Joe Biden, and from veterans of the once-real “peace process”. The talk now is of a signing ceremony at the White House within weeks, with more Gulf states – Bahrain and Oman are the obvious candidates – set to follow the UAE’s lead in the coming days.

There’s no denying that we all need a ray of light in the gloom of 2020, but this one should be approached with caution. A quick look at the winners and losers might tell you why.

An obvious beneficiary is Trump, who now has a trophy to hold aloft in the run-up to election day. To be sure, not many Americans are about to switch their vote because of a diplomatic shift in the faraway Gulf. But it does allow Trump to claim a foreign policy achievement, albeit one dwarfed by his multiple foreign policy failures, whether getting suckered by North Korea or undermining the Iran nuclear deal. He’s always coveted the Nobel peace prize that Barack Obama bagged before he’d served a full year in office, so naturally Trump sent out his national security adviser to declare that the president “should be a frontrunner for the Nobel Peace Prize”.

The bigger winner is Netanyahu, who also has an election on his mind. He’s thinking of triggering yet another one – it would be Israel’s fourth in just over 18 months – and the UAE’s move gives him a valuable advantage. On trial for corruption, blamed for botching Israel’s initially effective handling of coronavirus and for a battered economy, his home besieged by furious protesters, Netanyahu can now divert attention away from all that and focus on the terrain he has made his own: “national security”. He can pose as the statesman poised to sign the first Israeli accord with an Arab state since the handshake with Jordan back in 1994, the global player who towers over his rivals. He was careful to brief that his former opponent and coalition partner, Benny Gantz, did not even know about the UAE deal until it was on the news.

The gains for Netanyahu are not merely electoral. By agreeing to give up annexation – which plenty of observers reckoned was always an empty threat in any case – he has been generously rewarded, even though the West Bank remains occupied and Palestinians are still denied basic rights. Netanyahu is the man who picks your pocket, then expects a prize for agreeing not to hit you over the head. The UAE has handed him just such a prize. As one Middle East hand jokes: “Next time he should threaten to annex Jordan – that way he’ll get a peace treaty with Saudi Arabia.” 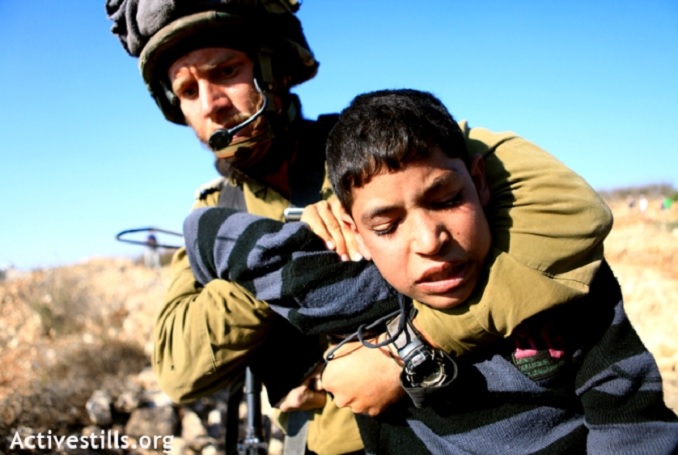 Don’t joke: the UAE could well be flying a trial balloon for the Saudis, as Riyadh monitors global reaction to this step. For now, the Emiratis are hailing a diplomatic win, hoping to reap the prestige that comes with being “the first mover”, as one UAE official put it to me. They’ve also hedged their US bets for November: either they’ve boosted Trump, and he’ll owe them, or they’ve made a play that’s likely to win favour with Team Biden and the peace-process stalwarts who surround him. “MBZ has just taken out his insurance policy,” says one longtime observer.

For MBZ, an alliance with Israel makes good sense. There’s the obvious strategic logic that has long made Sunni Gulf states willing to cosy up to Israel: namely, their shared fear and loathing of Shia Iran. It’s that which has fuelled discreet cooperation with Israel, especially in intelligence matters, for several years. In the period when Iran was loudly pursuing its nuclear ambitions, the Gulf states grew to see their enemy’s enemy – Israel – as a potential friend.

But there’s a narrower calculation too. The end of annexation is a relief to authoritarian rulers such as MBZ: it might have sparked a Palestinian movement for equal rights, one whose message could have spread across the region, perhaps – who knows – even catching fire with MBZ’s own subjects. Best for him if it’s snuffed out.

Which brings us to the people conspicuously missing from that list of winners: the Palestinians. Throughout their history they have seen their fate determined by others, thanks to decisions taken without their knowledge, let alone consent. And now it’s happened again.

For many decades, the Arab world insisted that there could be no normalisation, no peace, with Israel without some measure of justice for the Palestinians. When Egypt and Israel reached agreement in 1978 not much was promised to the Palestinians, but there was something; the accord with Jordan in 1994 went further, including substantial commitments predicated on Palestinians’ direct involvement. But the UAE has abandoned the Palestinians entirely.

Turkey threatens to suspend UAE ties over deal with Israel

With this deal, it has signalled that Israel can remain an occupier, closing off the possibility of Palestinian self-determination, and still win regional acceptance. The result is that the occupation itself has been normalised, given an Arab seal of approval. Small wonder that the veteran Palestinian campaigner Hanan Ashrawi accused MBZ of “selling out” her people, while the Palestinian president Mahmoud Abbas called the crown prince’s agreement with Israel a “betrayal of the Palestinian cause”. Abbas called for an emergency meeting of Palestinian leaders and withdrew his ambassador from the UAE, but both moves served chiefly to show how little he can do.

I understand why Israelis will delight in this opening, with its promise of embassies in each capital, direct flights between them and all that seems to symbolise: acceptance in the Middle East was a goal of Israel’s founding generation. But real acceptance requires more than a dictator’s signature on a treaty. It means making peace with the peoples of the region rather than with the tyrants who rule them – and making peace with one people in particular, the people fated to share the same land. That prize will be much harder to achieve, but it is the one that matters.

Jonathan Freedland is a Guardian columnist. He is also a regular contributor to the New York Review of Books and presents BBC Radio 4’s The Long View. In 2014 he was awarded the Orwell special prize for journalism. His books include seven thrillers written under the pseudonym Sam Bourne.