AFRICOM’s real aim was never peace nor stability but rather strategic US interests. 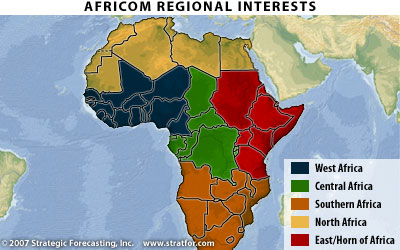 1 Oct 2020 – On October 1, 2007, the United States under the presidency of George W. Bush and the military leadership of the Secretary of Defense, Donald Rumsfeld, launched the Africa Command (AFRICOM). The command was based in Stuttgart, Germany. In the same vein as the 1884/85 Berlin Conference, AFRICOM was a wholly external concoction to be imposed on Africans without their input or consent. In fact, when African leaders first heard of the establishment of an African command, they overwhelmingly rejected its intent to expand U.S. military presence on the African continent. Even during President Bush’s trip to the continent in 2008, African leaders roundly rejected US military expansion  on the continent. The only country that was amenable to the presence of AFRICOM on African soil was Liberia under the leadership of Ellen Johnson Sirleaf.

“With the election of Barack Obama in 2008, the resistance to AFRICOM became exceedingly difficult.”

Although Bush appointed Morgan State University graduate, Kip Ward, an African American four-star general to head up AFRICOM and continued to claim that the intent of AFRICOM was not to establish US military bases in Africa, he still faced stiff resistance. Kip Ward waxed eloquently  about AFRICOM being established to support humanitarian assistance efforts in Africa, build wells and prevent conflict. 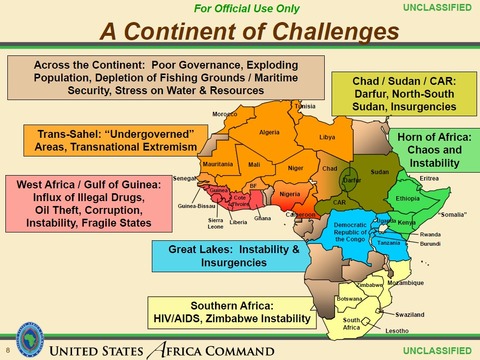 In order for otherwise reasonable and critical people to buy the deception of the US military having as its main aim humanitarian assistance support and peace and stability in Africa, they have to already subscribe to certain preconceived notions about Africa and Africans. In essence, the US military has traded in the notion that Africa is a poor continent in need of charity. The opposite is true — Africa is a rich continent, in fact the richest continent on the planet in natural resources that has been plundered for the past 500 years, starting with the trafficking in African bodies and today with the super exploitation of oil, copper, cobalt, coltan, diamonds, gold, bauxite, timber and myriad other natural riches. The charity propaganda combined with the command being led by a Black man and then to be championed by a Black president with the election of Barack Obama in 2008, the resistance to AFRICOM became exceedingly difficult. The path was cleared under the Obama presidency to the point where the US military presence on the African continent expanded nearly 2,000 percent  under his presidency. In addition, under the Obama administration with Hillary Clinton as Secretary of State and Susan Rice as US Ambassador to the United Nations, AFRICOM led the bombing of Libya in cahoots with NATO to effect “regime change” in Libya by removing Muammar Gaddafi from power. Hillary Clinton infamously stated on her visit to Libya after the murder of Gaddafi, “We came, we saw, he died.”

Today, Libya and the surrounding countries in the Sahel, particularly Chad, Niger, Burkina Faso, and Mali are a living hell due to the fall out from the Nato/AFRICOM bombing campaign and subsequent government overthrow in Libya.

“AFRICOM led the bombing of Libya in cahoots with NATO.” 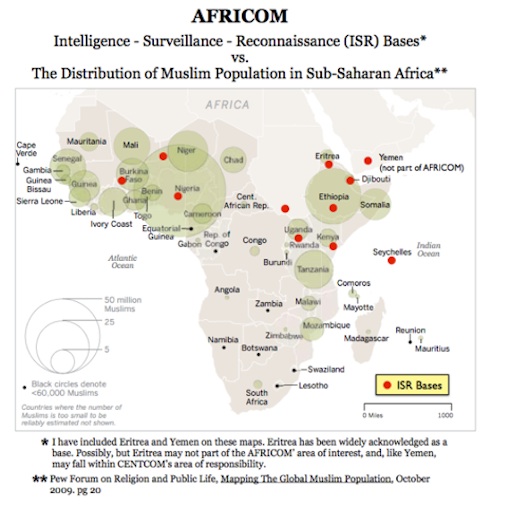 Should one make an objective assessment of one of AFRICOM’s signature claims at its inception –- “to bring stability and assist in advancing peace and stability in Africa” — one would have to conclude that AFRICOM has been an abject failure. However, knowledgeable people know that AFRICOM’s real aim was never peace nor stability but rather, strategic interests. The United States uses its military throughout the globe to bring about full spectrum domination and Africa is no exception. A case in point is the United States’ recent push to acquire permission from Kenya to conduct drone strikes  in its territory. Should Somalia serve as an example or model where US drone strikes have killed civilians, Kenyans would be forewarned to categorically reject this request from the US.