American Militarism Marches On: No Discussion or Media Coverage of Washington’s War against the World 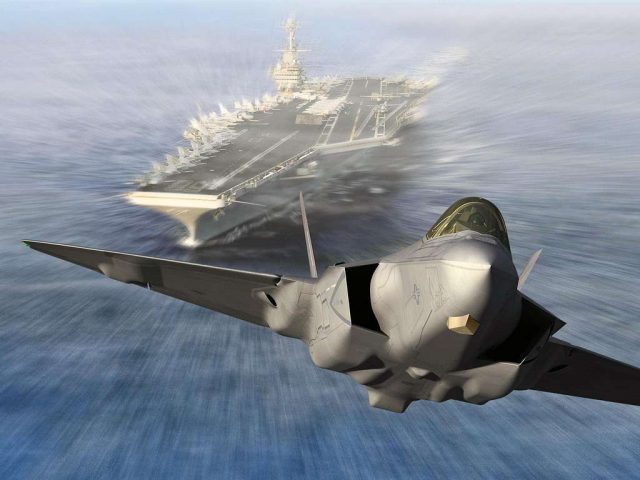 22 Oct 2020 – Nearly everyone has heard the comment attributed for former Clinton consigliere Rahm Emanuel that one should never let a good crisis go to waste. The implication of the comment is that if there is a major crisis going on the cover it provides permits one to do all sorts of things under the radar that would otherwise be unacceptable. That aphorism is particularly true in the current context as there are multiple crises taking place simultaneously, all of which are being exploited to various degrees by interested parties.

One of the more interesting stories carefully hidden by the smoke being generate by civil unrest, plague and personal scandals is the continued march of American militarism. The story is particularly compelling as neither main party candidate is bothering to talk about it and there is no discussion of foreign policy even planned for the final presidential debate. Last week eccentric multi billionaire Elon Musk announced that he and the Pentagon are developing a new 7,500 m.p.h. missile capable of delivering 80 tons of military cargo nearly anywhere in the world in under an hour. It would undoubtedly be a major advanced capability catering to those military planners who envision continued U.S. intervention worldwide for the foreseeable future.

Meanwhile, agreement on a new START treaty that would limit the proliferation of some hypersonic weapon systems is stalled because the White House wants to include China in any deal. Beijing is not interested, particularly as Donald Trump is also claiming that Beijing will pay for the multi-trillion dollar stimulus packages that the United States will ultimately require to combat the coronavirus “… because this was not caused by our workers and our people, this was caused by China and China will pay us back in one form or another. We’re gonna take it from China. I tell you now, it’s coming out of China. They’re the ones that caused this problem.”

Indeed, China and Russia continue to be the boogeymen trotted out regularly to scare Americans. Last week Secretary of State Mike Pompeo’s State Department issued a statement warning that “some foreign governments, such as those of the People’s Republic of China (PRC) and the Russian Federation, seek to exert influence over U.S. foreign policy through lobbyists, external experts, and think tanks.” Why the statement was issued at this time, so close to elections is unclear, though it is possibly an attempt to line up possible scapegoats if the electoral process does not produce results acceptable to whomever loses. In fact, Russia and China hardly find a place on the list of those who fund lobbyists and think tanks.

Also of interest is another story about how Washington has chosen to interact with the world, one involving both enemy du jour Iran and Venezuela. Readers will undoubtedly recall how the United States seized in international waters four Greek owned but Liberian flagged tankers loaded with gasoline that were bound for Venezuela. The tankers were transporting more than a million gallons of fuel to economic basket case Venezuela, a country which is in its sad condition due to sanctions and other “maximum pressure” imposed by Washington, which has also sanctioned Venezuela’s own oil industry. The fuel was seized based on unilaterally imposed U.S. sanctions on Iranian sale or export of its own petroleum products, a move intended to strangle the Iranian economy and bring about an uprising of the Iranian people. As the sanctions imposed by Washington are not supported by the United Nations or by any other legal authority, the seizure is little more than exercise of a bit of force majeure that used to be called piracy.

Even though foreign and national security policy has not really been discussed in either the Biden or Trump campaign, there is general agreement in both parties that Venezuela is a rogue regime that must be replaced while Iran is an actual, tangible threat due to its alleged misbehavior in the Middle East. It has been dubbed by Secretary of State Mike Pompeo the “number one state sponsor of terrorism in the world.” Saner voices have observed that neither Venezuela nor Iran threaten the United States in any way and that the U.S. and Israel continue to kill many more civilians than Iran ever has, but they have been drowned out by the media talking heads who constantly spout the established narrative.

Well, the alleged Iranian fuel has arrived in New Jersey and a legal battle for custody of it has begun.  The fuel had been removed from the Greek tankers and transferred to other tankers for removal to the United States but the complication is that the Trump administration must now prove its case for forfeiture before the oil can be sold. The U.S. justification for seizing the cargoes is the claim that the fuel was an asset of Iran’s Islamic Revolutionary Guard Corps (IRGC), which the Treasury, Justice and State Departments have conveniently designated a foreign terrorist organization. But that contention is disputed by the cargoes’ owners, who claim to have nothing to do with the IRGC. They include other energy exporters and shippers in the Middle East, namely Mobin International Limited, Oman Fuel Trading Ltd and Sohar Fuel Trading LLC FZ. They have filed a motion for dismissal and are seeking return of the fuel plus additional compensation for the losses they have suffered. One has to hope they win as it is the United States that is in the wrong in this case.

The entire saga of the tankers and the fuel is symptomatic of the undeclared economic warfare that the United States now prefers to use when dealing with adversaries. And there is considerable evidence to suggest that Washington is trying to goad Iran into responding with force, providing the U.S. government with a plausible rationale for responding in kind. President Trump has directly threatened Iran in an October 9th public statement in which he promised the Iranians that “If you fuck around with us, if you do something bad to us, we are gonna do things to you that have never been done before.”

So, Washington’s aggression directed against much of the world continues with a national election less than two weeks away but no one is talking about it. That would seem odd in and of itself, but the sad part is that it is deliberate collusion on the part of government and media to make sure the voting public remains unaware the extent to which the United States has in reality become a pariah, a full-time bully in its foreign relations.