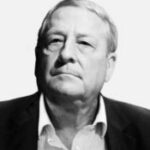 6 Nov 2020 – While it has been useful to consider how things might change, possibly for the worse, one must also recognize that much of what happens in the U.S. and in its far-flung empire operates by virtue of its own internal dynamics and rules, something that is often referred to as the “Deep State” or perhaps more accurately as the Establishment.

22 Oct 2020 – The most interesting story carefully hidden by the smoke from civil unrest, plague and personal scandals is the continued march of American militarism. Multi billionaire Elon Musk announced that he and the Pentagon are developing a new 7,500 m.p.h. missile capable of delivering 80 tons of military cargo anywhere in the world in under an hour. A major capability for continued U.S. intervention worldwide. 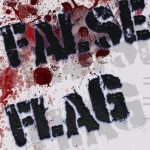 30 Apr 2018 – Today’s false flag operations are generally carried out by intelligence agencies and non-government actors including terrorist groups. There is nothing honorable about them as their intention is to blame an innocent party for something that it did not do. There has been a lot of such activity lately. The CIA has developed a capability to mimic the Internet fingerprints of other foreign intelligence services. False flags can be involved in other sorts of activity as well.

18 Jan 2018 – There is a growing consensus among many observers in Washington that the national security agencies have become completely politicized over the past seventeen years and are now pursuing selfish agendas that actually endanger what remains of American democracy.