Big Pharma Is Not Willing to Help Us Defeat COVID-19

To efficiently deal with the pandemic and keep everyone safe, we first need to transform the pharmaceutical industry. 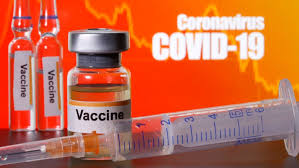 South Africa and India have lodged a proposal at the WTO to suspend international patent laws for an extended period, allowing countries to produce their own versions of patented medicines, treatments and protective equipment without being held to ransom by the corporations which own those patents.
[Dado Ruvic/Illustration/Reuters]

18 Oct 2020 – For months, experts have repeatedly told us that no one is safe from coronavirus until we are all safe. If that is true, we should be going all out to ensure the world’s resources are used to bring treatments and vaccines to the whole world as soon as possible.

Several initiatives have attempted just that, but efforts have been stymied by the self-interest of big business, and by the leaders of rich countries who are terrified of undermining rules designed to keep their countries at the top of the pecking order.

A recent ground-breaking proposal by India and South Africa could change all that. Those governments have lodged a proposal at the World Trade Organization (WTO) to suspend international patent laws for an extended period, allowing countries to share technology and produce their own versions of patented medicines, treatments and protective equipment without being held to ransom by the corporations which own those patents. It is a game-changer, which challenges one of the most shameful aspects of modern trade rules.

Intellectual property – essentially patents and copyright – first became a trade issue in the mid-1990s when the Agreement on Trade-Related Aspects of Intellectual Property Rights, or TRIPS, was negotiated at the WTO. TRIPS extended Western-style patent protections across the whole world, allowing the business to sit on patents for a minimum of 20 years, during which time they are able to dictate who can use their creations and at what price.

At a stroke, it meant that one of the main benefits of trade for developing countries – the ability to learn from and copy technologies developed in richer countries – was lost. Just as bad, corporations started worrying more about extending these patents, for instance making tiny changes to products that were of no benefit to the consumer, than they did developing new and useful products.

Nowhere did this have a more devastating impact than in the development of medicines. TRIPS was concluded as the HIV/AIDS crisis reached epidemic proportions in Southern Africa. While drugs had been developed that could lengthen life, reduce suffering and help prevent the transmission of HIV, most people in the world could not afford those medicines, and the new trade rules prevented countries from simply taking the technology and producing the drugs themselves. Millions died unnecessarily in one of the most obscene examples of corporate profits trumping the right to life.

Today, Big Pharma, as these corporations are collectively known, is a dysfunctional industry. While modern medicine risks collapsing because of antibiotic resistance, these companies spend more resources inflating their stock price than developing new medicines. What useful medicines are produced depend on massive injections of cash from the public sector, which normally comes without any conditions constraining the prices these megacorporations can charge for the final drugs produced.

Little wonder then that India and South Africa are sceptical about the ability of Big Pharma to help us deal with coronavirus. In fact, there have already been attempts to design a system which can help the world provide coronavirus medicines which would be available to all on a fair basis. Costa Rica proposed allowing countries and researchers to share their technologies, collaborate on research and produce patent-free medicines back in the spring.

Despite gaining broad support from around the world, Big Pharma howled in protest. Pfizer called it “nonsense”. British companies working on coronavirus treatments, AstraZeneca and GlaxoSmithKlein, refused to participate, backed by the British government which tried to water down the proposals. When asked whether he would attend the launch of the Costa Rican scheme, the director of a prominent Big Pharma lobbying group, said he was “too busy”.

The scheme is up and running, but its voluntary nature means that its impact will be limited. And while there are global programmes to support “fair distribution” of medicines across the world, these schemes are all based on Big Pharma keeping its patents intact. The fact that rich countries are spending billions of dollars buying as many potential vaccines as possible suggests they do not have much faith in these schemes. They are, it seems, just for poor countries who have no better choice.

It is true that some companies have promised to produce medicines “without profit” during the pandemic, but even here we have every reason to be sceptical, with companies themselves left to define when the pandemic is “over” and near-total secrecy surrounding their pricing. What we do know is that one company, Gilead, which produces Donald Trump’s favourite drug remdesivir, tried to get special patent protection on the basis that their medicine had a limited potential market; an astonishing claim in a drug you hope will help in a pandemic.

Another company, Moderna, released suspiciously early test findings on its contender for a vaccine, in a move suspected of helping its executives cash in on rising share prices rather than get its medicine out to as many people as possible. And British company Astra-Zeneca made a deal with Oxford University, which has trumped Oxford’s initial promise to make their research available without patents. All of these drugs have received significant amounts of public money.

But perhaps this behaviour is not surprising. After all, what else can be expected of a system which hands no-strings public funds over to the some of the richest corporations in the world, and allows them to charge whatever the market will bear for life-saving medicines for at least 20 years? It is the model itself which is broken, and the Indian-South African proposal aims to change this.

There are already exemptions within TRIPS, hard-fought-for by campaigners in the 1990s, under which countries can override patents in certain circumstances. Indeed, a number of countries in recent months from Germany to Ecuador, Chile to Israel, have said they will use this option if forced to. But there are huge limitations to these exemptions, most notably that they leave individual countries to fight over every individual drug that they need to get hold of, against the full might of Big Pharma and their Western government backers. Far better, given how fundamentally broken the system is, to use this opportunity to do things differently.

If coronavirus has shown us anything, it is how reliant we are on each other, and on public services. Many of us in the West enjoy a health system which is protected from the whims of the market. If this applies to our hospitals, why should it not also apply to the medicines we are given when we are in hospital? And if it is good enough for the rich world, it is surely even more important in countries where so many die every year simply because Big Pharma does not find it sufficiently profitable to research the medicines that could save those lives, or to charge a low enough price that those in need could afford them. It is time for a transformation. The Indian-South African proposal must be supported as a vital first step.