Lack of action from UN and world community encourages Myanmar to commit atrocities against ethnic communities. 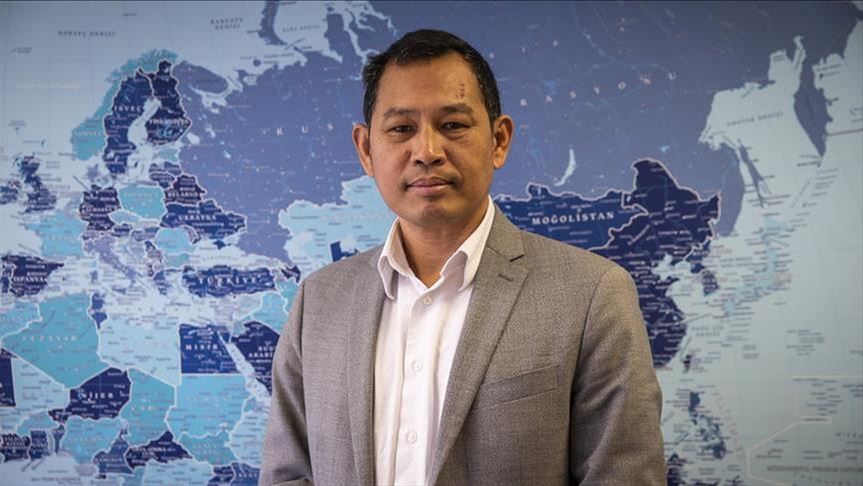 Maung Zarni, Burmese coordinator of the Free Rohingya Coalition and a fellow at the Genocide Documentation Center in Cambodia.

9 Oct 2020 – Almost three decades ago the UN had established the mandate of Special Rapporteur to monitor the human rights situation in Myanmar, under the Commission on Human Rights Resolution number 58 of 1992.

Besides, it is indicative of Myanmar leaders’ typical hostility towards the human rights-focused approach, adopted by special rapporteurs on Myanmar.

When it comes to the rights of humans, it makes no difference whether the senior leadership is made up exclusively of the military commanders – as in the pre-2010 military junta named and renamed State Law and Order Restoration Council and State Peace and Development Council – or formerly jailed dissidents and State Counsellor Aung San Suu Kyi.

Suu Kyi unveiled an open threat in her last one-on-one meeting with the UN Special Rapporteur Yanghee Lee (2014-2010) that her government will deny the Korean expert entry visa if the latter continued with her “UN line” (of human rights)”.
Take a cursory glance at the UN recommendations contained in the mountains of UN human rights reports – none were heeded by Myanmar since the first one was submitted to the UN General Assembly. This speaks volumes about the country’s institutionalized disregard for basic human rights and international law.

In the first-ever human rights report on Myanmar to the Commission on Human Rights dated Feb. 17, 1993, by the first Special Rapporteur of the Commission on Human Rights in Myanmar Yozo Yokota, the late Japanese professor of international law, recommended, “to promote the repatriation of the Myanmar Muslims and other minorities, the government should create the necessary conditions of respect for their human rights. The government should assure, in law and practice, their safe return and resettlement in villages of origin. To this end, it should also promote their complete civil, political, social, economic, and cultural participation in Myanmar without restriction or discrimination due to status.”

On the 1982 Citizenship Law which was created as an instrument of Rohingya-exclusion, disenfranchisement, and eventually group-destruction the Special Rapporteur wrote, “the 1982 Citizenship Law should be revised or amended to abolish its over-burdensome requirements for citizenship. The law should not apply its categories of second-class citizens in a manner that has discriminatory effects on racial or ethnic minorities particularly the Rakhine Muslims.”

He was referring to the repatriation of the 250,000 Rohingya whose exodus was triggered by the genocidal purge in 1991.

Yokota is no more. Since he wrote the report 20 years ago, inter alia those recommendations, Myanmar had proceeded to commit another wave of the genocidal purge. The volume of Rohingya survivors who fled the 2017 wave is 3-times as large as the 1991 wave.

Both Myanmar as a political state and member of the UN, and its national leaders including the Army Chief Gen. Min Aung Hlaing, and State Counsellor Aung San Suu Kyi, deride, dismiss and defy the special rapporteurs’ consistent calls to promote and protect human rights of all human persons in Myanmar. Myanmar today is in the middle of a pending genocide case field by the Gambia at the International Court of Justice, while the International Criminal Court has also launched a full investigation into Myanmar’s international state crimes connected to the mass exodus of 740,000 Rohingya in 2017.

Emphatically, Myanmar holds out little or no prospects for either the advancement or protection of basic human rights. In addition to the long laundry list of Myanmar’s international crimes against human persons, the two powerful actors in Myanmar’s national politics, have completely abandoned the group rights of ethnic communities – with their distinct cultures, customs, histories, and languages, which had been a foundational pillar of Myanmar as an independent nation which emerged as the direct outcome of the World War II and the resultant end to the British colonial rule in Burma in 1947.

In his Oct. 2 commentary for the Transnational Institute, “the National League for Democracy: A Party for Democracy or Federalism,” the Burmese analyst Kyaw Lynn noted a very disturbing political development.

The Section (3) of Article (1) of the National League for Democracy 2015 election manifesto, entitled Ethnic Affairs and Internal Peace, describes the party’s policy as: “Strive for the establishment of a genuine federal democratic union based on the principles of freedom, equal rights, and self-determination.” The 2020 election manifesto, however, changes these terms to: “Build [a] democratic federal union with self-determination and equal citizen rights”.

It is this very act of removing the rights of ethnic communities by the civilian political party led by former political prisoner Aung San Suu Kyi which has sealed the political fate of national minorities insofar as the electoral national politics is concerned.

The fact that Myanmar has long morphed into an internally colonial state controlled by the military was admitted by the late commander of Shan state, and an original member of Gen. Ne Win’s Revolutionary Council.

In my audiotaped interview – almost 10 hrs – which I conducted at his US home in Virginia as part of my doctoral research in the fall of 1994, the late Col. Chit Myaing admitted honestly that the Defense Ministry headed by Gen. Ne Win built the first-ever military base in Shan State as early as in 1953-54 under the smokescreen of establishing a new post-independence Defense Services Academy.

According to the late colonel, this strategic move was aimed at pre-empting militarily any future armed revolt by one of the largest ethnic blocs, namely the Shans of eastern highlands, after the armed insurrections in 1947 first by Buddhist Rakhines and Muslim Rohingya in western Myanmar, followed by the Karen National Defence Organization revolt in 1949 in central and lower parts of the country.

In the foundational treaty or agreement among several major ethnic groups – popularly and officially known as Pang Long Agreement, as well as the original constitution of the Union of Burma – the Shans were granted the right of secession from the newly independent country, 10 years after independence from Britain, attained in 1948.

Seventy years since the British colonial rule ended, what emerged was not a confederation of diverse ethnic nations, which enjoyed regional administrative autonomy, a system of fair and equitable revenue and resource sharing arrangements. It did not emerge even in the way where the constitutional rights had a say in the nation’s political affairs, all joining together voluntarily with the majoritarian Bama or Myanmar Buddhists, in forging the new union out of disparate ethnic communities with different political histories, social systems, faiths, and languages.

This was, in spirit, and essence, what was publicly agreed among different ethnic groups through numerous negotiations and discussions, co-led by Aung San Suu Kyi’s martyred father Aung San who acted as the sole representative of the colonial-era Burmese government on the eve of the country’s independence.

After Aung San’s assassination in July 1947, virtually politicians of all ideological hues, including the powerful Burmese communists, and the military commanders, reneged on the founding principles and documents that enshrined the two-found principle of ethnic group equality and voluntariness in establishing a new post-colonial nation of multiethnic communities.

Consequently, Myanmar’s national minorities, both religious and ethnic, found themselves having been released from the clutch of alien British colonial rule characterized by white supremacy, unfettered economic plunder, garrison-like administrative structures replete with colonial police and occupying military, and cultural subjugation to the similarly colonial control in all those domains of culture, economy, militarized territorial control, resource exploitation, administration, and politics.

In short, Myanmar’s ethnic and faith-based minority communities view their experience as subjugated second-class communities where the racist Burmese or Bama colonial state has dominance over their communal and individual lives in multiple ways.

Myanmar ruling institutions and rulers extract resources and commit all kinds of racialized/ethnicized crimes against any communities of resistance while pauperizing or impoverishing ethnic communities throughout the country.

Colonial nature of the state

It is this unmistakably colonial nature of the racist and predatory state in Myanmar and its policies and practices which have set in motion the vicious cycle of decades-old state-directed violence, the proliferation of ethnic armed resistance movements and uprisings, and shifting foci on the military’s grave crimes in international law.

The world is finding out that the liberally educated former human rights icon Aung San Suu Kyi differs from her former military captors only in degree, not in kind, when it comes to egregious rights violations in ethnic minority regions. While her military partners perpetrate crimes against humanity, war crimes, and genocide, she has travelled all the way to the Hague to defends the perpetrators at the International Court of Justice.

Objectively speaking, the UN, as well as traditionally pro-human rights member states such as European and North American governments – not to mention the international human rights NGOs, have either chosen to overlook or simply failed to appreciate, the colonial essence of Myanmar’s domestic politics and inter-ethnic relations.

No amount of repeated international calls for Myanmar to respect human rights and accountability or the ritual adoption of annual human rights resolutions will address the root of Myanmar’s human rights crimes, namely Myanmar’s colonial policies and practices. The decades of failures by the UN and external actors will force the oppressed minorities to resort to armed liberation struggles.