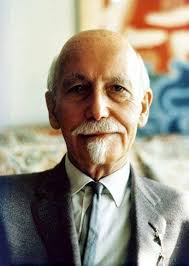 The world citizen Paul Brunton was concerned with building intellectual bridges between the West and the spiritual traditions of Asia, in particular India.

“A new East-West philosophy which is the privilege of this century to formulate… We need the dynamic power of the Occident but must mingle with it something of the introspective qualities of the Orient… We must be pioneers of a new and wiser age which bring together the best elements of Asian thought with Euro-American practicality in a happy marriage.”

He set out his views in an early book, A Search in Secret India.  Secret India brought fame to Paul Brunton, who up till then had written under his family name of Raphael Hurst.  The book also brought to wide attention his teacher Ramana Maharishi.

There was nothing very secret in the Indian philosophy that Paul Brunton set out.  It is rather a blend of the Vedanta teachings known in the USA and Europe through the earlier efforts of Vivekananda building on the life and teachings of Ramakrishna with insights from Buddhism.

“The Vedantin needs Buddhism to complete and to equilibrate his outlook; the Buddhist needs Vedanta for the same purposes.”

In India in the 1940s, he was distrusted both by the British because he spent most of his time with Indians and by Nehru because he would not lend his pen to the cause of Independence.  Brunton’s aim was to set out the techniques that would lead to the Higher Self, what he called “the Overself” – a settled calm – an approach which he set out in his 1944 book The Wisdom of the Overself.

Brunton was not sure that his synthesis of East and West would have the impact he hoped.  His last book is the 1952 The Spiritual Crisis of Man. He leaves to others the effort of a working synthesis.

Anticopyright: Editorials and articles originated on TMS may be freely reprinted, disseminated, translated and used as background material, provided an acknowledgement and link to the source, TMS: Paul Brunton (21 Oct 1898 – 24 Jul 1981): The Spiritual Search, is included. Thank you.