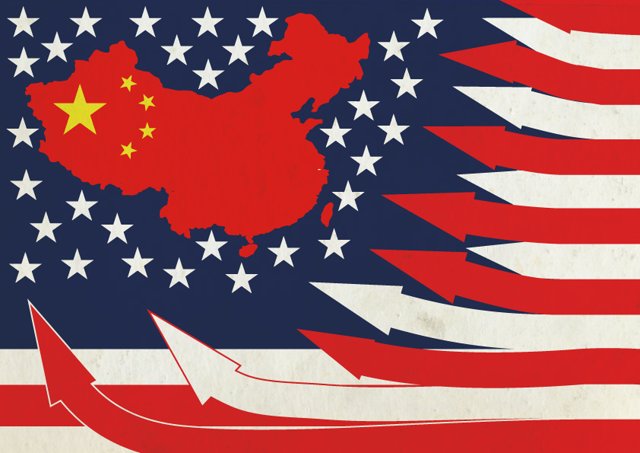 14 Oct 2020 – China’s top diplomat has urged neighboring states to guard against Washington’s geopolitical ambitions in Asia and called for regional cooperation to thwart foreign provocations in the South China Sea.

Wang Yi, Chinese Foreign Minister, said during a joint news conference with his Malaysian counterpart that members of the Association of Southeast Asian Nations (ASEAN) should work together to ensure security in the region.

The top Chinese diplomat argued that the “South China Sea should not be a ground for major power wrestling teeming with warships.”

He added: “China and ASEAN have full capacity and wisdom, as well as responsibility, to maintain peace and tranquility.”

Earlier on Tuesday [13 Oct], Wang, who is visiting Malaysia as part of a tour of Southeast Asia, called for cooperation among ASEAN states to remove “external disruption” in the South China Sea.

He called on China’s regional partners to remain “vigilant” against Washington’s “Indo-Pacific” strategy, which he said presented a clear “security risk” for East Asia.

The Chinese minister said: What [the U.S.] pursues is to trumpet the old-fashioned cold war mentality and start up confrontation among different groups and blocks, and stoke geopolitical competition.

Tensions between Beijing and Washington have been rising for months, with U.S. naval patrols through the South China Sea continuing to strain bilateral relations. Washington has frequently conducted so-called “freedom of navigation” missions as well as aerial surveillance missions in the region, claiming that such operations safeguard marine traffic there. Beijing has denounced the U.S. military presence as a provocation that threatens its territorial sovereignty. China has accused Washington of “militarizing” the South China Sea, warning that the unwanted naval activity could lead to accidents. The U.S. has alleged that Beijing is aiming to create a “maritime empire” in the region.

Our success against you in Korea serves as a warning to you, Chinese general taunts U.S.

About a week ago, another media report said:

General He Lei recalls the PLA’s successful expulsion of American troops from North Korea in 1950 as he warns that China will be “ready for war” amid growing tensions between Washington and Beijing.

Seventy years ago, in October 1950, Chinese troops crossed the Yalu River into North Korea. Labeled the ‘People’s Volunteers’ they set out to confront an imminent threat to their homeland. General Douglas MacArthur, leading a United States coalition against Pyongyang, had succeeded not only in thwarting Kim Il Sung’s bid to take the South, but sought to advance beyond the 38th parallel to terminate the DPRK altogether.

The U.S. general made no secret about what he planned to do next: he spoke of “continuing” the Korean War into China and dropping a number of atomic bombs around the border to nullify Beijing’s strategic influence on the neighboring peninsula. Fearing strategic encirclement and checkmate by Washington, Mao Zedong, China’s leader, decided to intervene in the war, sending millions of troops into Korea. Despite at that time being an impoverished country with an essentially peasant army; China’s forces overran the UN coalition and forced them back into the South.

The memories in Beijing of what they describe as the “war to resist American aggression” have not been forgotten. The successful intervention into the Korean War and the rescue of the DPRK against a far superior opponent is heralded as the symbolic end to “China’s century of humiliation” by Western powers and newly found confidence in itself.

Facing an increasingly hostile United States on the global stage, People’s Liberation Army General He Lei recalled the victory of 1950 in a jibe against Washington, saying China “[has] the will to fight and the confidence to win” and “We will work hard to cultivate the will to fight, strengthen our sense of mission, responsibility and urgency to be ready for war.”

The highly charged comments reflect the growing atmosphere of public fear as to whether these two powers will ultimately clash militarily, especially given America’s escalation of tensions in the South China Sea and Taiwan Strait by ramping up military exercises.