Ten years after she left house arrest and vowed to fight for justice, Myanmar’s civilian leader has instead become a jailer of critics and an apologist for the slaughter of minorities. 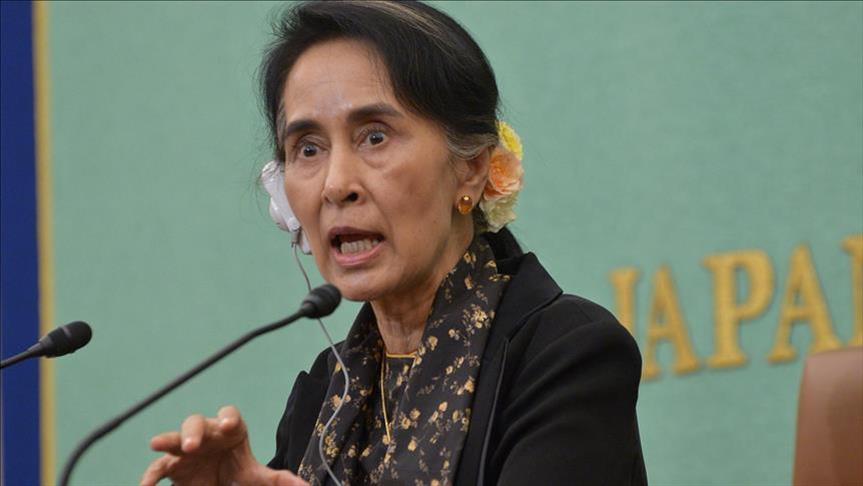 14 Nov 2020 – When [Nobel Peace Laureate] Daw Aung San Suu Kyi emerged from years of house arrest a decade ago, having never used a smartphone or Facebook, she held court in the office of her banned political party, the smell of damp emanating from the human rights reports piled on the floor.

Armed with nothing more than a collection of international awards, she wore fresh flowers in her hair, sat with impeccable posture and promised the world two things: she would ensure that Myanmar’s political prisoners would go free and she would end the ethnic strife that has kept the country’s borderlands at war for seven decades.

But the two pledges have gone unfulfilled, and the world’s most shimmering icon of democracy has lost her luster. Ms. Aung San Suu Kyi, 75, has turned into an apologist for the very generals who once locked her up, downplaying their murderous campaign against the Rohingya Muslim minority. Her strongest critics accuse her, as a member of the Bamar ethnic majority, of racism and an unwillingness to fight for the human rights of all people in Myanmar.

Yet even as Ms. Aung San Suu Kyi has squandered the moral authority that came with her Nobel Peace Prize, her popularity at home has endured. This week, her political party, the National League for Democracy, won yet another landslide in general elections, setting up five more years in which she will share power with the military that ruled Myanmar for nearly 50 years.

Nobel Peace Prize from Aung San Suu Kyi to Abiy Ahmed, the prize has been awarded in recent decades to recipients whose recognition is being second-guessed.

“Her leadership style is not going toward a democratic system, it’s going toward dictatorship,” said Daw Thet Thet Khine, a former stalwart of the National League for Democracy who formed her own party to compete in the elections on Sunday but failed to win any seats. “She does not listen to the voice of the people.”

It is hard to think of a human rights hero whose global prestige has tarnished so quickly. Alongside Nelson Mandela and Vaclav Havel, Ms. Aung San Suu Kyi once represented the triumph of democracy over dictatorship. It helped, too, that she could turn on the charm.

Last year, Ms. Aung San Suu Kyi traveled to the International Court of Justice in The Hague to defend the military against claims that it had committed genocide against the Rohingya Muslims.

She unapologetically insisted to the court that while “it cannot be ruled out that disproportionate force” had been used against the Rohingya, inferring genocidal intent presented an “incomplete and misleading factual picture.” Her Facebook page once carried the post “Fake rape,” abruptly discounting the systematic and well documented sexual violence committed against the Rohingya.

Under Ms. Aung San Suu Kyi’s government, Myanmar’s frontier lands, where other ethnic minorities are clustered, are more conflict-ridden now than they were a decade ago. And poets, painters and students have been jailed for peacefully speaking their minds: In Myanmar today, 584 people are either political prisoners or are awaiting trial on those kinds of charges, according to the Assistance Association for Political Prisoners.

“Now that she has tasted power, I don’t think she wants to share it with anyone,” said Seng Nu Pan, a politician from the Kachin ethnic group that is fighting for autonomy in the country’s north.

Ms. Aung San Suu Kyi grew up as political nobility, the daughter of Gen. Aung San, the country’s independence hero who was assassinated when she was 2 years old.

After 28 years abroad, she returned home in 1988 as pro-democracy protests were coalescing across the country. Within a few months, a onetime homemaker had emerged as the leader of the movement.

A military junta locked her up in 1989, after which her National League for Democracy won elections that were ignored by the dictatorship. In 1991, she won the Nobel Peace Prize “for her nonviolent struggle for democracy and human rights.”

During house arrest in her crumbling villa for a total of 15 years, Ms. Aung San Suu Kyi kept to a strict schedule. She listened to BBC radio news reports. She practiced the piano. And she meditated in the Buddhist way, intent, she said, on transcending earthly concerns. Ms. Aung San Suu Kyi missed her two sons growing up, and the death of her husband, a British academic, from cancer.

But the virtues that served Ms. Aung San Suu Kyi so well during house arrest — her straight-backed dignity and the psychological bunker she built around herself — may be what has led to her failure, so far, to fight for true, representative democracy in Myanmar.

The line is thin between resolve and recalcitrance, conviction and condescension.

“It is ironic that while the international community used its liberty to promote hers, she is using some of the very same legal mechanisms as the military to stifle freedom of speech, freedom of the press, and freedom of assembly,” said Bill Richardson, the former American ambassador to the United Nations and a longtime ally of Ms. Aung San Suu Kyi.

Mr. Richardson broke with her two years ago, when Ms. Aung San Suu Kyi became so angry that he thought she might slap him after he urged her to free two Reuters journalists who had been imprisoned after uncovering a massacre of Rohingya, he said.

“If she fails to lead especially her ethnic Bamar supporters to a more inclusive vision of the country through her words and actions, Myanmar is likely to become a less stable and more violent place,” Mr. Richardson added.

For all her democratic rhetoric, Ms. Aung San Suu Kyi retains respect for the army that her father formed. Some of the founders of the National League for Democracy were former military officers who fought ethnic rebels in Myanmar’s hinterlands.

The party is organized with a soldierly hierarchy in which the commanding officer is Ms. Aung San Suu Kyi. But the actual army maintains a grip on important ministries, a chunk of parliament and lucrative businesses.

Since taking power as the country’s state counselor in 2016, Ms. Aung San Suu Kyi has repeatedly praised the army, while refusing to acknowledge the military’s drive to rid the country of Rohingya Muslims. In 2017, roughly three-quarters of a million Rohingya fled to neighboring Bangladesh.

Many of those left in the country are in internment camps. The Rohingya were not allowed to vote in Sunday’s elections, and the polls were canceled in other ethnic-minority conflict zones, disenfranchising more than 2.5 million non-Bamar. As a result, ethnic parties were unable to make the electoral gains they once expected, although the National League for Democracy successfully fielded two Muslim candidates.

“Making peace and reconciliation is much easier with ethnic groups, but she only tried with the military,” said Tu Ja, chairman of the ethnic Kachin State People’s Party.

Ms. Aung San Suu Kyi’s supporters say that her refusal to speak up on behalf of Myanmar’s vulnerable communities is not innate chauvinism but rather a political pragmatism that comes from wanting to deny the military an opportunity to once again seize full power. Army rule began in 1962 with the excuse that a civilian government was being overwhelmed by civil war.

But the national mood in Myanmar is animated by a xenophobia that limns Ms. Aung San Suu Kyi’s unwillingness to defend the rights of ethnic minorities. Thousands of Buddhist monks have held protests against the West for wanting to bring the military to justice for ethnic cleansing. Many others in the country’s Bamar heartland accuse an Islamic cabal of trying to turn a peaceful Buddhist nation into a Muslim enclave. 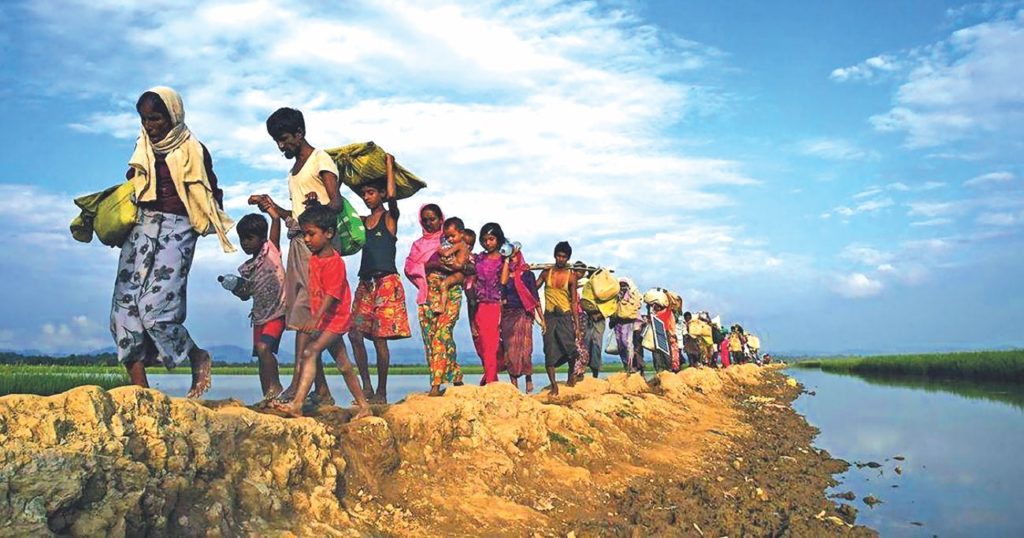 “People in the West thought that Daw Aung San Suu Kyi would be unpopular because of the crackdown on the Bengalis,” said U Thu Citta, an influential Buddhist monk, using a term to suggest, incorrectly, that the Rohingya are from Bangladesh, not Myanmar. “But what she did was right.”

Since the election, Ms. Aung San Suu Kyi has remained holed up in a villa in Naypyidaw, the fortress capital that was built by the generals to showcase their might. She has repeatedly refused requests to talk to The New York Times. She is still said to meditate everyday.

The coronavirus rages outside. The military-linked party, which was trounced by the National League for Democracy, has rejected the election results, called for a do-over and threatened to bring the army in as observers.

In Yangon, the former capital abandoned by the military, a new generation of human rights activists trade tips on how to avoid getting nabbed by Ms. Aung San Suu Kyi’s government.

“We have nearly 600 political prisoners, and I was one of them a few months ago,” said Ma Thinzar Shunlei Yi, 28, who was convicted of contravening a law on peaceful assembly when she protested the persecution of ethnic minorities. “She has not done enough to lay the democratic foundation for basic freedoms for all.”

Hannah Beech has been the Southeast Asia bureau chief since 2017, based in Bangkok. Before joining The Times, she reported for Time magazine for 20 years from bases in Shanghai, Beijing, Bangkok and Hong Kong.