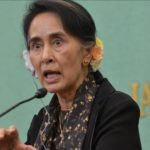 14 Nov 2020 – Ten years after she left house arrest and vowed to fight for justice, Myanmar’s civilian leader has instead become a jailer of critics and an apologist for the slaughter of minorities. 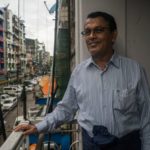 ‘No Such Thing as Rohingya’: Myanmar Erases a History
Hannah Beech – The New York Times, 4 Dec 2017

2 Dec 2017 — He was a member of the Rohingya student union in college, taught at a public high school and even won a parliamentary seat in Myanmar’s thwarted elections in 1990. But according to the government of Myanmar, U Kyaw Min’s fellow Rohingya do not exist.

The ethnic cleansing of the Rohingya reveals what the world didn’t understand about Aung San Suu Kyi.