We Need to Rethink the Concept of Genocide

Seeing genocide as less exceptional may help us view war crimes and crimes against humanity in a more serious light. 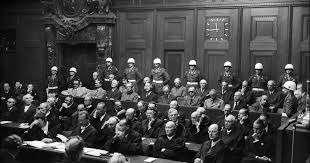 20 Nov 2020 –Seventy-five years ago, in the autumn of 1945, the Nuremberg trial opened in the Palace of Justice in Courtroom 600. On the first day, a new word was spoken in a court of law for the first time: “genocide”.

Coined by Polish lawyer Raphael Lemkin, the word – which referred to the destruction of groups on the grounds of race, religion or nationality – took off.

In 1948, the world’s first modern human rights treaty was adopted to prevent and to punish genocide. And by the 1990s, after the events in Yugoslavia and Rwanda, it was used as a basis to prosecute the perpetrators.

But as the concept of genocide came alive and evolved, so did some of its negative effects: It is a crime that is very difficult to prove; it does not cover all groups (such as those based on sexual orientation or political affiliation); and by being seen as the “crime of crimes”, it has unintentionally relegated other crimes, including war crimes and crimes against humanity, to a less serious position.

The concept of genocide is here to stay. But we need to ask what is the social utility of having such a hierarchy of crimes: Why one might commemorate the killing of 8,000 Muslim men at Srebrenica as a crime of genocide, but pass in silence on the deaths of perhaps up to three million people in the Democratic Republic of the Congo (DRC) at around the same time.

Philippe Sands is Professor of Law at University College London, barrister at Matrix Chambers, and an international arbitrator. Sands is the author of The Ratline: Love, Lies and Justice on the Trail of a Nazi Fugitive (2020), East West Street: On the Origins of Crimes Against Humanity and Genocide (2016), Torture Team (2008), and Lawless World (2005).