“It’s easier to fool people than to convince them that they have been fooled.”

Samuel Langhorne Clemens, known by his pen name Mark Twain, was an American writer, humorist, entrepreneur, publisher, and lecturer. He was lauded as the “greatest humorist the United States has produced,” and William Faulkner called him “the father of American literature”. 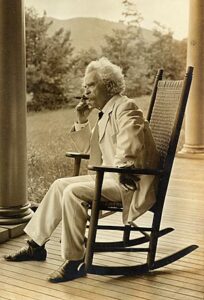 Anticopyright: Editorials and articles originated on TMS may be freely reprinted, disseminated, translated and used as background material, provided an acknowledgement and link to the source, TMS: “It’s easier to fool people than to convince them that they have been fooled.”, is included. Thank you.