A U.S.-Backed Militia That Kills Children May Be USA’s Exit Strategy from Its Longest War 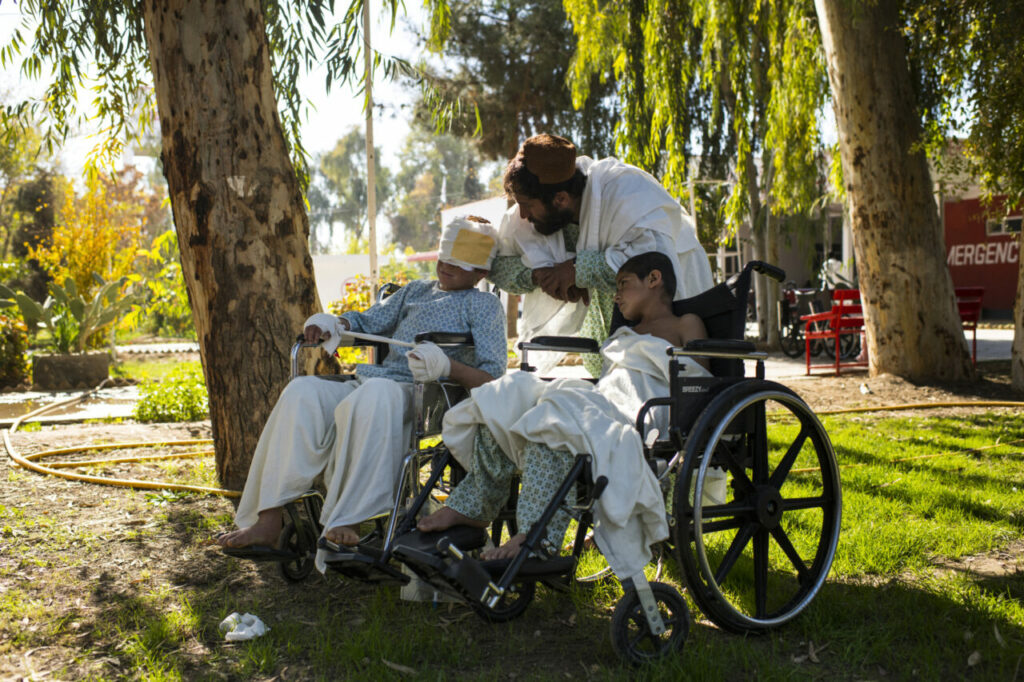 Next came the roar of a larger, low-flying aircraft, which alerted residents of the Afghan village of Omar Khail that soldiers were nearby. Men in camouflage moved through the streets speaking Pashto and English. It was December 2018, and the air was frigid. They made their way to the madrassa, or religious school, where more than two dozen boys between the ages of 9 and 18 slept on the floors of several dormitory rooms.

A neighbor watching from a window across the street saw a flash and heard a loud explosion as the front gate of the madrassa was blown open. Inside, the noise awakened 12-year-old Bilal, who was huddled in a room with nine other boys when an Afghan soldier burst through the door.

“Wake up!” the man yelled in Pashto, pointing at the boys one by one with the barrel of his rifle, which was mounted with a flashlight. A second soldier entered, chose the two tallest boys, and led them out the door. The first soldier turned to leave, but before he did, he issued a warning to the rest of the boys cowering before him: “If I find you in this madrassa again, we won’t leave a single child alive.”

Bilal and the others squeezed together as far from the door as they could, with their backs to a large window facing a central courtyard. Many were in tears; others couldn’t speak. From the hallway, Bilal heard words he recognized as English.

“They’re not going to let us live,” a student murmured.

In preparation for death, some of the boys recited the Muslim declaration of faith, known as the Shahada: “There is no God but Allah, and Muhammad is his messenger.”

Just then, the sound of automatic gunfire tore along the corridor. “For a very short time,” Bilal said, it sounded like “there were many guns.” Boys’ screams came next, followed by two loud explosions. “One shook the whole building,” said Bilal. “We didn’t hear anything after this. Everyone was silent.”

When the sun rose hours later, Bilal and about a dozen other students remained crouching in silence, some still trembling with fear. Nearby, in two of the school’s other rooms and in the basement, 12 more boys, their bodies mauled by bullets, lay crumpled on the floor. The main road through Wardak’s Chak District, where night raids by the CIA-led 01 strike force unit and accompanying U.S. airstrikes killed more than a dozen civilians in 2018 and 2019. Photo: Andrew Quilty/Agence Vu

The 12 boys killed in the madrassa at Omar Khail that winter night were among scores of civilians massacred during at least 10 previously undocumented night raids in the central Afghan province of Wardak. Beginning in December 2018 and continuing for at least a year, Afghan operatives believed to belong to an elite CIA-trained paramilitary unit known as 01, in partnership with U.S. special operations forces and air power, unleashed a campaign of terror against civilians. This story is based on interviews with more than 50 Wardak residents, including 20 survivors and firsthand witnesses and 29 victims’ relatives and local residents who witnessed the aftermath of the killings within hours of when they occurred. Some of those accounts were corroborated by local officials, analysts, and community representatives.

The 10 raids resulted in the deaths of at least 51 civilians, according to The Intercept’s reporting. In most cases, men and boys as young as 8, few of whom appear to have had any formal relationship with the Taliban, were summarily executed. Some died alone, others alongside friends and family. Several raids were accompanied by airstrikes or, in at least one instance, the detonation of hand-laid explosives targeting structures known to be occupied by civilians.

The Intercept has changed the names of those killed in the raids and of the survivors, witnesses, and victims’ relatives we spoke with to shield them from further harm. Some requested anonymity because they feared retribution from pro-government forces, while others worried the Taliban would punish them for speaking candidly to a journalist.

Residents from four districts in Wardak — Nerkh, Chak, Sayedabad, and Daymirdad — spoke of a string of massacres, executions, mutilation, forced disappearances, attacks on medical facilities, and airstrikes targeting structures known to house civilians. The victims, according to these residents, were rarely Taliban. Yet the Afghan unit and its American masters have never been publicly held accountable by either the Afghan or U.S. governments.

The Americans “step on all the rules of war, human rights, all the things they said they’d bring to Afghanistan,” said Wardak provincial council head Akhtar Mohammad Tahiri. They are “conducting themselves as terrorists. They show terror and violence and think they’ll bring control this way.”

Known collectively as strike force units because of their targeted, aggressive methods, the shadowy CIA-backed militias nominally fall under the purview of the National Directorate of Security, or NDS, Afghanistan’s intelligence service. They are comprised of 01, which operates primarily in central Afghan provinces including Wardak and Logar; 02, which is based in Jalalabad and works in the eastern part of the country; 03, also known as the Kandahar Strike Force, which operates in the south; and 04, which conducts raids in Kunar and adjacent provinces in the northeast. Two units in the southeast, the Khost Protection Force and the Shaheen Forces, the latter of which emerged in the eastern Afghan province of Paktika in 2019, are believed to function under similar authority.

The units’ American CIA advisers go by pseudonyms or call signs rather than names. They not only train Afghan unit members, but also choose their targets, which the Americans call “jackpots”; issue detailed pre-mission briefings; and accompany Afghan paramilitaries on the ground during raids. The Afghans and Americans are ferried to remote villages at night by American helicopters, and American assault aircraft hover overhead while they conduct their raids, providing lethal firepower that is sometimes directed at health clinics, madrassa dormitories, or civilian homes.

“I don’t know whether they’re special forces or a task force or CIA,” said an NDS counterterrorism officer from Wardak who accompanied 01 on missions until late 2018, but “Americans are always with them.”The CIA has a long history of training, arming, and funding indigenous militia networks. Since its birth in 1947, the agency has supported anti-communist outfits in Greece, Cuba, Vietnam, Laos, and Central America, as well as the Afghan mujahedeen in the 1980s. Since the September 11 attacks, the CIA has repurposed and supercharged those methods, dispensing training and weapons to supposed allies from Somalia to Syria with dubious results. 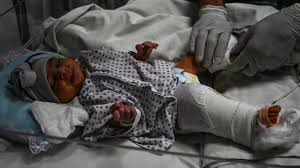 But the level of CIA involvement in Afghanistan since the war on terror began has few precedents. In 2013, more than $2.5 billion — nearly 5 percent of the entire U.S. intelligence budget — was allocated for covert action, the category under which the agency’s Afghan strike force unit program falls, according to documents leaked by National Security Agency whistleblower Edward Snowden. From establishing the strike force units to selecting their targets, overseeing their missions, and using special operations forces borrowed from the Pentagon to coordinate air support, the network of CIA-run militias in Afghanistan is perhaps the most dramatic manifestation, apart from America’s well-documented drone program, of the secret war the U.S. intelligence agency is waging around the globe.

The CIA “has long seen [Afghanistan] as their war,” said Patricia Gossman, an associate director for the Asia division at Human Rights Watch who has worked in Afghanistan since the 1990s.

As the U.S. withdraws, the unaccountable militias it has nurtured are beginning to look like a valuable proxy for regular military forces under the leadership of Joe Biden, who as vice president advocated a lighter military footprint and greater focus on counterterrorism in Afghanistan. Biden was credited in 2010 with convincing President Barack Obama to adopt a more aggressive approach in Afghanistan, doubling down on drones, intelligence operatives, and small teams of door-kicking special forces in place of the “hearts and minds” counterinsurgency approach implemented by General Stanley McChrystal and continued under his successor General David Petraeus.Government officials in Wardak have fielded numerous complaints about 01, but credit them with preventing the Taliban from mounting devastating attacks in nearby Kabul and massing in the kind of numbers they would need to overrun a town like Wardak’s capital, Maydan Shahr. “They are the only unit that can secure [these] places,” said a senior government official from Wardak’s Nerkh District. He blamed Taliban propaganda for promoting false claims about civilian casualties to turn the population against the government.

Several 01 raids in Wardak targeted homes occupied by families, but even more common were assaults on mosques and madrassas. The Intercept documented four separate raids on madrassas that killed 33 religious students. While some Wardak residents conceded that Taliban fighters visit madrassas to try to persuade students toward jihad, the schools mainly house children whose youth, poverty, and physical distance from their families leave them especially vulnerable.

The prevalence of boys among those killed in Wardak indicates that 01 was trying to eliminate not only existing enemies, but potential future foes as well. The deliberate and recurring violence of strike force units resulted in a spattering of media reports documenting atrocities against civilians. But aside from a handful of raids targeting health clinics run by an international aid organization, details of the trail of blood and terror left by 01 in Wardak have not been previously reported.

“We’ve asked for clarification on how these operations happen, who are involved, what are the structures of this. When they were set up, why are they not in Afghan control?”

In the fall of 2019, The Intercept shared its findings about the Omar Khail madrassa raid and others with Afghanistan’s national security adviser, Hamdullah Mohib. “It really pains me to hear [of these incidents],” Mohib said, “and unfortunately they have not made it to my desk. No one has reported them.” He went on to say, by way of explanation, that 01 “is a unit that operates, as you know, in partnership with the CIA.”

“Quite frankly, I’m not fully aware … of how they work,” Mohib told The Intercept. “We’ve asked for clarification on how these operations happen, who are involved, what are the structures of this. When they were set up, why are they not in Afghan control?”

He said he was awaiting a report that might answer his questions, but it is unclear whether the report ever came. “I am sorry to inform you that I [still don’t] have anything for you,” his spokesperson told The Intercept in September.

Other senior national security officials either refused to comment for this story or ignored multiple requests. The CIA declined to comment on a detailed list of the raids or any related questions. NDS and the American-led military mission in Afghanistan refused to engage on the topic at all. Flags mark the graves of a mother and three children, ages 6, 8, and 15, who were killed in a 01 night raid in the village of Sher Toghi, Daymirdad District, on the night of March 2 and the morning of March 3, 2019. The 15-year-old was shot when he ran outside to look for help after a bomb hit the family home. Relatives found the bodies of the mother and daughters beneath the ruins of their house the next morning.