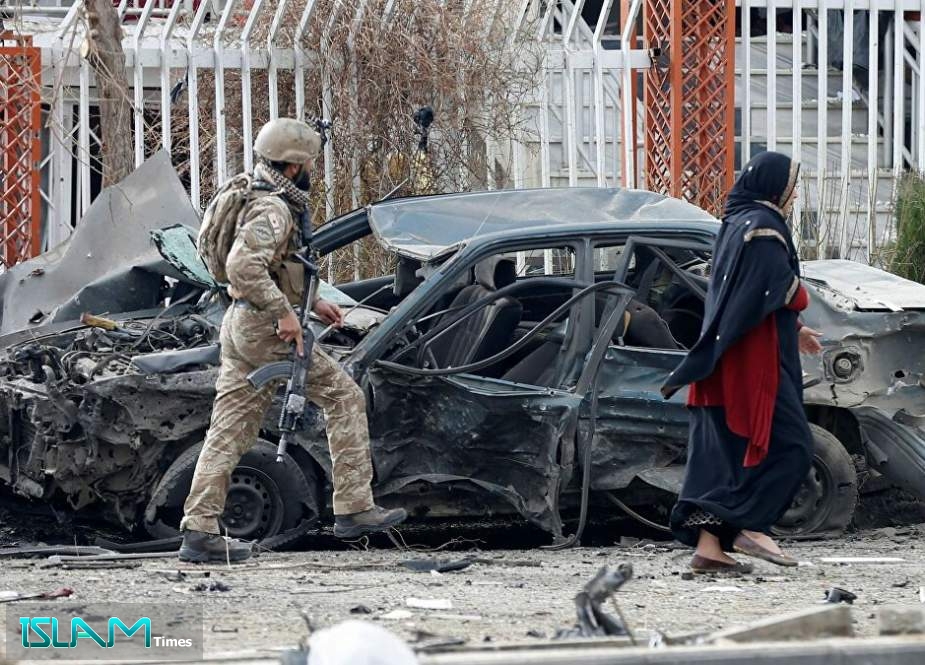 31 Dec 2020 – CIA-backed death squads are running amok in Afghanistan, murdering civilians and terrorizing the population. When Joe Biden becomes president in three weeks, he should prioritize ending this “Murder Inc.”

A newly published investigative report has uncovered a systematic assassination program conducted by the CIA in several provinces across Afghanistan.

In just one six-month period during 2019, it was found that over 50 civilians, including women and children, were murdered in 10 separate massacres studied, according to author Andrew Quilty. That was merely a sample of killings in one province, Wardak.

The death squad, known as “Unit 01”, comprises locally recruited Afghans but they are trained, equipped and directed by American operatives.

There is no doubt that the clandestine CIA operation would have top-level clearance from the White House. It is carried out under so-called “Title 50” military code which shields the operatives from prosecution of war crimes. Only the president can sign off on that level of clearance.

Joe Biden, the incoming Democrat president-elect, has complained that the incumbent Trump administration has denied him access to classified national security briefings. Well, Biden will soon get full access after his inauguration on January 20. In that case, the new president will inevitably be apprised of the Afghan “counter-terror operations” and its death squads. He faces a choice on whether to terminate the program.

The evidence for the CIA murder operations is overwhelming. Afghan community leaders and security officials testified that “Unit 01” and its counterparts in other provinces are run by shadowy American officers who accompany the death squads during their raids on villages and farms.

Dozens of Afghan residents and survivors of the attacks also describe US-led operations.

Furthermore, the death squads are supported with US Chinook transport helicopters, fighter planes, gunships and drones.

The official American position is that its military forces are tasked with defeating the Taliban militants who oppose the US-backed regime in Kabul. But the killings carried out by the CIA-led squads target civilians in what appears to be a bludgeoning policy of terrorism and intimidation. In most of the atrocities investigated there were no links between the victims and the Taliban.

Under Donald Trump and then head of the CIA, Mike Pompeo, who later became Secretary of State, the US military operations in Afghanistan underwent a shift in late 2017. There was more emphasis on clandestine operations and a loosening of rules of engagement.

During Trump’s term in office, there has been a huge surge in civilian deaths in Afghanistan, partly from increased airstrikes, but also from the CIA death squads running amok. At the same time, however, Trump has crowed about withdrawing conventional troops from Afghanistan under a supposed peace deal with the Taliban. This has allowed the Republican president to claim that he is delivering on election promises to wind down overseas wars like Afghanistan – which at two decades’ duration is the longest foreign war ever waged by the United States.

What Joe Biden does about this remains to be seen, but the signals are not good. For a start, almost every American president has signed off on CIA murder programs, from Guatemala and Iran in the 1950s, to Cuba and Vietnam in the 1960s, to El Salvador and Nicaragua in the 1970s and 80s, and many, many more besides. It’s a routine part of the dirty business of being an American president.

That’s why it is so contemptible and absurd for Biden and others to have lambasted Trump over unsubstantiated US media reports of Russia allegedly running bounty-hunter schemes in Afghanistan to kill American troops. There was never any evidence for such a fable, which even the Pentagon was obliged to dismiss as unfounded. And as usual, the media furore evaporated as quickly as it erupted, belying its credibility.

Meanwhile, it emerges that under Trump’s watch the Americans have been carrying out systematic assassinations of Afghan civilians with CIA death squads. Where are Biden’s condemnations?

Biden is associated with urging former President Barack Obama to take a more aggressive military line in Afghanistan when he was vice president (2008-2016). Biden favoured “kick-the-door-down” night raids by special forces. It is therefore very unlikely that he will repudiate the Murder Inc which Trump has unleashed in Afghanistan.

What Biden brings to the new White House regime is an extra layer of moral corruption and hypocrisy under the guise of being a “liberal Democrat”.

Finian Cunningham has written extensively on international affairs, with articles published in several languages. He is a Master’s graduate in Agricultural Chemistry and worked as a scientific editor for the Royal Society of Chemistry, Cambridge, England, before pursuing a career in newspaper journalism. He is also a musician and songwriter. For nearly 20 years, he worked as an editor and writer in major news media organisations, including The Mirror, Irish Times and Independent.