If there must be a CIA, I feel better with Bill Burns being in charge of it. 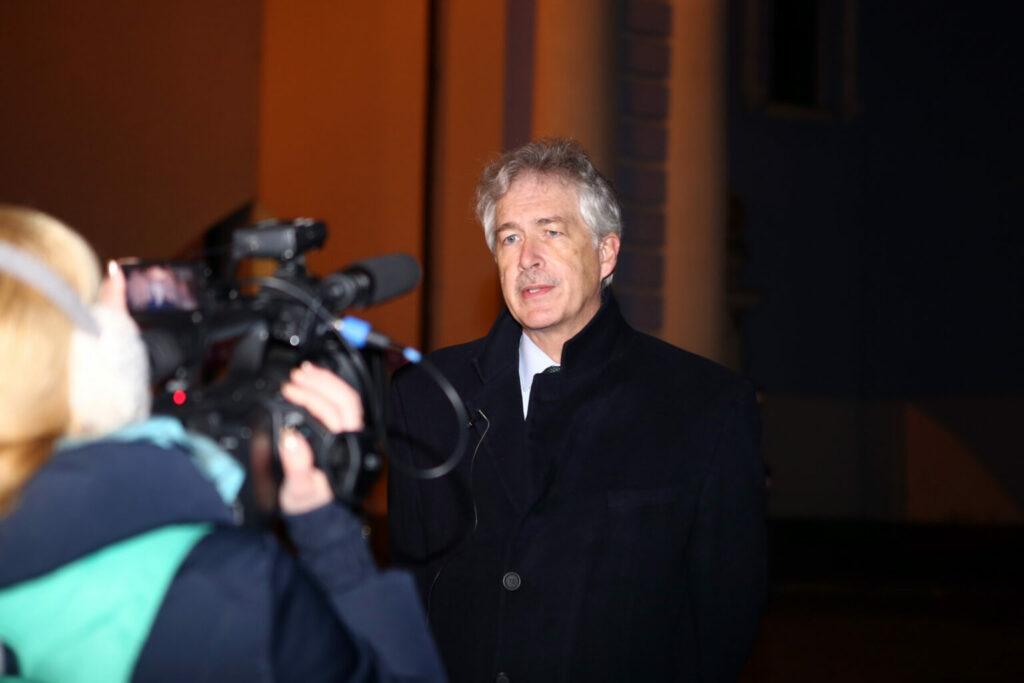 11 Jan 2021 – President-elect Joe Biden has finally named a new CIA director, one of the final senior-level appointees for his new administration.  Much to the surprise of many of us who follow these things, he named senior diplomat Williams Burns to the position.  Burns is one of the most highly-respected senior U.S. diplomats of the past three decades.  He has ably served presidents of both parties and is known as both a reformer and as a supporter of human rights.

Burns is currently the president of the Carnegie Endowment for International Peace, an important Washington-based international affairs think tank.  He served as deputy secretary of state under President Barack Obama and was ambassador to Russia under President George W. Bush and ambassador to Jordan under President Bill Clinton.  He was instrumental in the negotiations that led to the Iran Nuclear Deal and spent much of his career focused on the Middle East Peace Process.  Burns joined the Foreign Service in 1982.

When he made the announcement of Burns’ appointment, Biden said,

“Bill Burns is an exemplary diplomat with decades of experience on the word stage keeping our people and our country safe and secure.  He shares my profound belief that intelligence must be apolitical and that the dedicated intelligence professionals serving our nation deserve our gratitude and respect.  The American people will sleep soundly with him as our next CIA Director.”

The message from Biden is clear:  The CIA will not be led by a political hack like Mike Pompeo, a CIA insider like John Brennan, or someone associated with the CIA’s crimes of torture, secret prisons, or international renditions like Gina Haspel.  Instead, the organization will be led by someone with experience engaging across a negotiating table with America’s enemies, someone experienced in solving problems, rather than creating new ones, someone who has dedicated much of his career to promoting peace, rather than to creating war.

The question, though, is what will be the response from the CIA’s rank-and-file to Burns’ appointment?  I can tell you from my 15 years of experience at the CIA that there will be two reactions.  At the working level, analysts, operators, and others will continue their same level of work no matter who the director is.  Most working level officers don’t even care who the director is.  It doesn’t matter to them.  They never encounter the director and policies made at that top level generally don’t impact them on a day-to-day basis.

Others will resent Burns, though, as they resented an earlier outsider, Admiral Stansfield Turner.  Turner had been appointed by President Jimmy Carter to “clean up” the CIA.  Turner then fired fully a third of the CIA’s operations officers, some just months away from qualifying for retirement.  He was universally reviled after that, and he never regained the trust of agency personnel.

That’s not Burns’ style.  He’s not a military officer who demands fealty.  He’s a diplomat, a negotiator.  The CIA has to be cleaned up.  Its policies have to be reformed.  If there must be a CIA, I feel better with Bill Burns being in charge of it.  At the very least, we should give him enough time to at least get started.

John Kiriakou is a former CIA counterterrorism officer and a former senior investigator with the Senate Foreign Relations Committee. John became the sixth whistleblower indicted by the Obama administration under the Espionage Act—a law designed to punish spies. He served 23 months in prison as a result of his attempts to oppose the Bush administration’s torture program.