China-brokered tripartite meeting will bring no solution for either Bangladesh or Rohingya refugees. 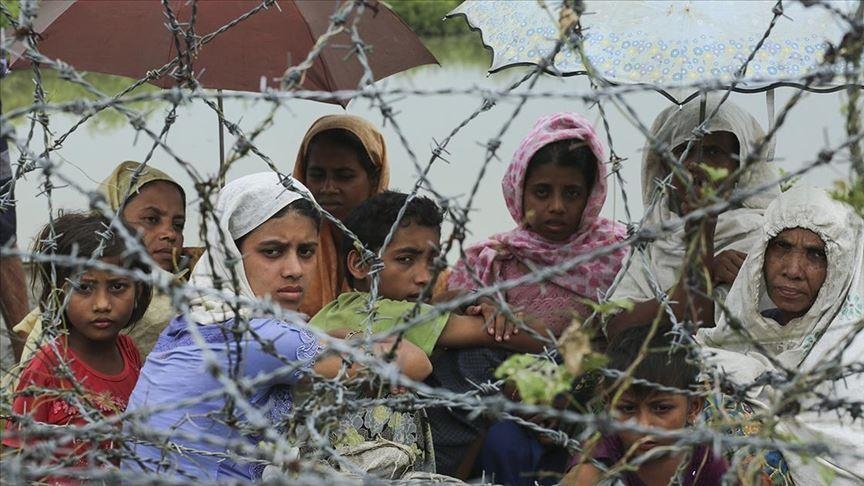 20 Jan 2021 – With an air of renewed optimism, Bangladesh side has widely reported on the Beijing-brokered meeting yesterday to resuscitate the repatriation process of 1 million Rohingya.

In sharp contrast, today’s [Wednesday’s] Global New Light of Myanmar, Naypyidaw’s official mouthpiece, completely downplayed the significance of this resumed virtual meeting by sticking the news of the “Tripartite Informal Vice Ministerial Meeting” on page 6, under “National” news and allocating less a quarter of a page, at the bottom.

Yesterday there was a total silence on news reportage from Myanmar about Tuesday’s China-brokered tripartite virtual meeting supposedly to speed up repatriation of the “displaced people” from Rakhine State.

This total silence of media speaks volumes about how little pressure — economic, diplomatic, political or military — the Burmese civilian and military leadership feels.

The painful truth is it is not only the Rohingya survivors in Bangladesh who now make up the world’s largest pocket of Rohingya, within and without Myanmar, who find themselves in between a rock and a hard place, but Bangladeshi leadership too is in an unenviable situation.

A country with a population of 160 million, scattered across densely populated regions with much smaller inhabitable land areas, Bangladesh has been significantly burdened by the presence of and the need to feed, and keep law and order among, a total of 1 million Rohingya whose literal survival depends on humanitarian hand-outs from rich western nations — “donors” — such as the US, Canada, the UK, and EU countries.

Dhaka also has to contend with drug and human trafficking crime networks that prey on desperate and destitute Rohingya in the vast complex of refugee camps in Cox’s Bazaar and Tek Naf provinces.

Rahman Nasir Uddin, anthropologist and author of The Rohingya: An Ethnography of Subhuman Life, summed up the situation for the Rohingya in his interview in Bangladesh’s leading bilingual paper Prothom Alo (dated 17 January) thus: ‘No clear future for the Rohingyas in sight’.

As early as July 1978, this scenario of Rohingya becoming the Palestinians of Asia — without the determined resistance or the UN’s political recognition — had been speculated by journalists and scholars alike. Successive large scale waves of Myanmar’s violent genocidal purges since — 1992, 2016 and 2017 — have proven the worst case scenarios for Rohingya are not without merits. One million Rohingya today — with 60,000 new births in Bangladesh camps — are not welcome in either their country of immediate refuge, namely Bangladesh, or at their ancestral home of Western Myanmar state of Rakhine.

Myanmar, particularly the military leaders with their signature Islamophobic paranoia, has long institutionalized the policies of genocidal persecution of the predominantly Muslim Rohingya — framed falsely as “illegal British colonial era migrant workers” who did not go home after the British rule ended in January 1948.

These anti-Rohingya state policies from the late 1970s have been popularized by the military-controlled government of former President Thein Sein 10 years ago, using Buddhist monks, monks associations, other civil society organizations and local Buddhist Rakhine communities who share the state’s fear and loathing of Muslims — as a threat to Buddhist way of life and the “racial purity” of Myanmar people.

By their nature, the crime of genocide is an international state crime prohibited under the UN Convention on the Prevention and Punishment of the Crime of Genocide (or the Genocide Convention), the first ever inter-state human rights treaty adopted by the United Nations on 9 December 1948, one day older than the Universal Declaration of Human Rights (adopted on 10 December 1949). Out of 194 UN member states, a total of 152 UN member states that have ratified and/or ascended the Genocide Convention as of July 2019. Irrespective of their consent to or acceptance of this crucial international human rights law, all states are obligated to, and expected, not to commit this mother of all crime — the crime to exterminate the entire ethnic, rational, religious or national group, either in whole or in part, and to prevent other states from committing genocide.

While all member states have by and large failed to end genocides that have since the closure of Auschwitz in 1945 taken place in Asia, Africa, Europe and Latin America the powerful states, particularly those who wield veto-power in the Security Council, the most powerful body principally tasked by the UN Charter to maintain peace and stability in the world, that is, peace as lived by the people, not just peace among states.

As in the previous cases of atrocity crimes, particularly genocide, for instance, Indonesia (1965), Bangladesh (1971), Cambodia (1975-79), Rwanda (1994), Bosnia (1994), South Sudan (2003), as well as Latin American atrocities that are as yet to be recognized as genocides, Myanmar genocide of Rohingya has not been resolved.

As many observers have pointed out all member states, including Bangladesh, have continued with its business-as-usual approach with Myanmar, however disturbed they may be about Myanmar’s state crimes against Rohingya (or other national minorities such as Karens, Kachin, Shan, Rakhine, etc). Typically, media, human rights organizations and liberal governments have called out the two neo-totalitarian states of Russia and China on the latter’s (Russian and Chinese) opposition against any firm measures aimed at ending the ongoing genocide of Rohingya in Myanmar. These two veto-wielders do not even bother to pay human rights a lip service. They have established a record of protection of Myanmar with their double-vetos at the Security Council in previous human rights resolutions against Myanmar.

Other veto-wielders such as the US, France and the UK have, on their parts, used the certainty of the two vetoes as an excuse for their inactions at the Security Council while failing to formulate any policy alternative beyond throwing humanitarian dollars at the 1-million Rohingya in refugee camps in Bangladesh and a sprinkle of aid to facilitate ineffectual dialogue among the two Rakhine and Rohingya communities, traditionally pitted against each other by the Burmese military.

All the while, other regional powers and global economic powerhouses such as India, Japan and the Republic of Korea (South Korea) pursue relentlessly their own strategic and commercial ends in Myanmar by fully cooperating with the genocidal civilian and military leaderships. For Myanmar, an export consumer market of 50+ million peoples, is rich in natural sources such as gas and oil, jade and rubies, forest and agricultural products and is geo-strategically important as the land-bridge between South Asia and Southeast Asia.

European Union countries both as a bloc and individually, as well as the non-EU Switzerland and Norway, pursue lucrative commercial deals. Effectively no-ASEAN member state, not even Malaysia with its most vocal opposition to Rohingya genocide is prepared to forgo their national economic interests in the forms of natural gas joint ventures and the import of hundreds of thousands of Myanmar migrant workers many of whom are known to cheer on Myanmar genocide of Rohingya.

Finally, beyond its preamble of its founding Charter, the United Nations is a system of nation-states, not of people. As such, the United Nations itself stands in the way of genocide prevention and punishment of the genocidaires, states and persons. For it is the organization founded, in effect, on the 370 years-old, read obsolete, backward and anachronistic, principle of inter-state relations called Westphalian Principle. Absolutist state sovereignty undergirds the post-WWII and post-Holocaust inter-state organization of the UN.

According to this principle, states have more or less exclusive sovereignty over its territory — and the populations under the states’ typically militarized administrative and political control. This obsolete principle is enshrined in the United Nations Charter, which states that, “nothing […] shall authorize the United Nations to intervene in matters which are essentially within the domestic jurisdiction of any state.” That is, no sovereign states will intervene in affairs of other sovereign states as long as international trade, flow of goods and services, and boundary arrangements remain un-interrupted.

There is then little wonder that Rohingya have been subjected to the slow genocide by Myanmar over the last 40 years, and no state, near or afar, has really acted to effectively end their genocide. The virtual tripartite meeting is not about to make any difference. Myanmar has not even bothered to report on its participation in the meeting.

More than ever both stakeholders — Dhaka and Rohingya — need to develop mutually helpful strategic cooperation as the world isn’t showing signs of resolve to put an end to Myanmar’s institutionalized persecution of Rohingya.