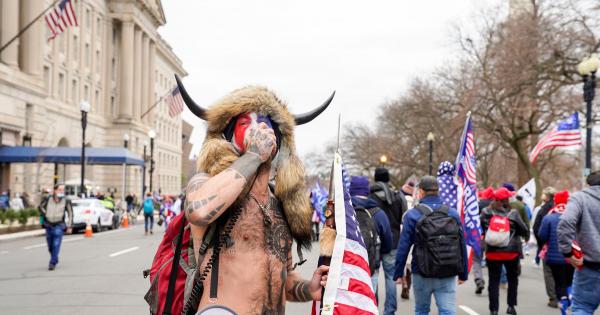 7 Jan 2021 – How much can we trust corporate media accounts of the Capitol riot on Wednesday, January 6? In no time at all there were claims of Russian involvement. And President-elect Biden has already said he’ll increase budgets for handling domestic terrorism. Will that include the “Black identity extremists” that the FBI identified as a domestic threat in 2019?

I don’t doubt that some of the major players in the January 6 drama had conflicting motives and that there were several sorts of real struggles going on in DC, most obviously over deployment of the DC National Guard. But are we really supposed to believe that the Senate Subcommittee on Crime and Terrorism, its House equivalent, Homeland Security, and the rest of the spy state didn’t see this coming? Everyone who turned on the news all across the country was bracing for it.

The Gray Zone Editor Max Blumenthal went to the Capitol and guessed that there were 15,000 people outside. And I don’t doubt that a young woman lost her life inside. That death had to be enough to shut Trump up. We don’t yet know why it happened.

Most frightening was the DC cops collaboration. For whatever reason, they let the whole thing happen. The barriers the protestors “breached” weren’t reinforced, and the cops just let them in.

And who killed someone inside? A cop, for whatever reason.

The Capitol riot made people afraid, and fear is strengthening the coming Neoliberal Biden regime and the Silicon Valley censorship and information control coming with it. Well before the election a friend of mine told me he was hoping Biden would “save us from this national nightmare” and that feeling was widespread. Throughout the Trump years, politics have been more and more polarized between Trump and anti-Trump with Democrats cast as saviors. (Good job, Dems, losing thirteen seats in the House and two more state legislatures. Thanks for saving us.)

Shortly after all this started, Twitter put a message on a clip of Trump’s speech claiming election fraud. It said, “The truth of this claim is disputed. No replies or retweets are allowed for fear of inciting violence.” That’s not word for word but it’s close. Today that Tweet has been removed and the president’s last two Tweets have been deleted and replaced with, “This Tweet is no longer available because it violated the Twitter Rules. Learn more.”

Midday on January 6, someone put up a Twitter poll asking whether Trump’s Twitter account should be shut down. I’m sure it will be, if not before he leaves office, then after. He’ll have to go find his own platform and the meme about social media echo chambers will become more real. (Don’t get me wrong. I’m a fan of open, uncensored social media platforms, and I think the censorship is dangerous.)

As Ben Norton pointed out on an episode of “Moderate Rebels,” the campaign to criminalize BDS has the potential to criminalize the whole antiwar movement because anyone who opposes US wars and imperialism has to oppose the Israeli occupation of Palestine to be consistent. Jeremy Corbyn was a test case.

There’s also censorship underway of any deviance from the narrative about COVID—we need more lockdowns and vaccines ASAP (and never mind the latest huge upward transfer of wealth being effected in the name of addressing economic distress). An interview with one dissenter, the Stanford epidemiologist Dr. John Iadonnis on Fox News, was yanked almost immediately after it aired. I am unsure about a lot of what’s being said and done about COVID, but the censorship is dangerous and, like the censorship of “anti-Semitism,” including BDS or any other criticism of Israel, it’s just the beginning of a technological censorship and information control regime.