In the beginning there was …. the ‘petrolization’ of water. 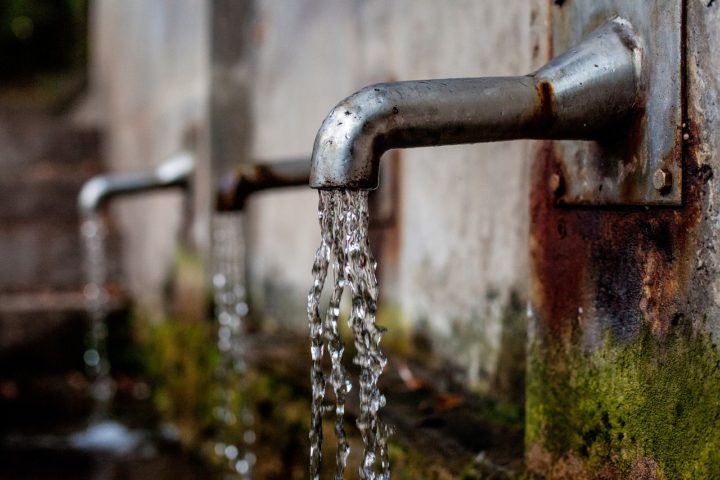 Entering the stock exchange is the result of a long series of steps.

31 Dec 2020 – They announced it, proclaimed it since the 1970s. The “petrolization of water” (1) has driven the way we imagine and see water in industrialized and “developed” societies. Thus, in 2020, black gold (oil) has an “official” companion, blue gold (water).

The commodification of water has been at the heart of “petrolization”.  Oil is a commodity Water has become a commodity. Oil is a non-renewable resource,  water is renewable, but we have made it a qualitatively scarce and dwindling resource for human use., E2) The economic value of oil, the only one that counts in its case, is determined on the stock exchange. The energy policy of our societies is not primarily decided by the public authorities but by the price of crude oil set by the financial markets. With its  introduction in the stock exchange, the price of water, whose value for life goes far beyond its economic usefulness, will soon be a world price. World water policy, as well  as at regional   and “national”) levels, will be dictated by financial (speculative) markets. The commodification of mineral water has been even more rapid and massive. In just a few decades, mineral water has become the most popular commercial commodity for television advertising. The public authorities got rid of its governance by selling off the management of its use and conservation to large multinational companies such as Nestlé, Danone, Coca-Cola, Pepsi-Cola…

Then came the privatisation of water and its monetisation and financialisation (including banking).

The public authorities have little to say. They are in a subordinate position in many countries where decision-making powers have been transferred, following the privatisation of water services industry into the hands of private companies for whom water is purely a utilitarian product.   In the European Union, with the adoption of the European Framework Directive on Water of the year 2000, the real powers of decision in the field of water have been entrusted to the stakeholders (3) whose choices, especially for the multi-utilities corporations and, in any case, of the water companies  quoted on the Stock Exchange, are evaluated and judged by the stock markets.

The financialization of water formally began with the creation, in 2000, of the first investment fund specialized on water, the Water Fund, by Pictet, the second oldest private Swiss bank. This fund invests in companies operating in the water sector, particularly in the area of water quality. Since then, “blue” investment funds have multiplied and with them the specialisedswater stock market indices. In addition, an important step has been taken with  banking water, in the general context of the new trend in favour of the banking nature advocated by the Second World Earth Summit in Johannesburg in 20O2 and then approved by the Third Earth Summit in Rio de Janeiro in 2012.

Banking Water  means suspending the delivery of water for certain periods by banking either the right to use it in the future or to save it for others’ use in exchange for payment or delivery in kind. “Water banks”’ have been quite widespread in the United States, particularly in California, and in Spain, but have not produced the desired results. The issue has been the subject of a “militant” film that has been well received by audiences and critics alike. See https://en.wikipedia.org/wiki/Banking_Nature

Water on the Stock Exchange: from source of life and heritage of mankind to speculative source of profit and private financial asset.

The full financialisation of water was accomplished on 7 December with the launch on the Chicago Stock Exchange (the CME – Chicago Mercantile Exchange, the world’s leading stock exchange in this sector) of the first water “futures”. Futures are forward contracts whereby the counterparts (buyer and seller) agree to exchange a  commodity for a price (called a ‘futures price’) at a fixed time. They are part of the so-called  «derivatives » ” that have opened up a new phase of financial speculation on a global scale. The speculative nature of these products is reflected in the fact that futures do not involve the physical delivery of the commodity. Thus, for example, in the case of oil futures it is possible for the price of the quantity bought/sold of crude oil to change countless times without the oil physically changing hands. Once water futures have reached a normal level of operation, a million m³ of Nigerian water, owned by a Swiss bank, managed by a Dutch commercial agent and destined for a Californian agricultural production company will not only have seen the owners and buyers and, more importantly, the price change several times, but will never have left Nigeria until the last expiry of the contract.

In principle, futures were invented to combat price volatility in financial products. In reality, they have only contributed to increasing their volatility in a perverse process that the system is no longer able to stop for fear of throwing the whole thing into turmoil. A few years ago, the Financial Times itself called derivatives, especially futures, the leech of the economy.

How is it possible that with such a negative balance sheet, the financial and economic leaders have thrown water in the towel on leeches, and the political powers have done nothing to prevent it?

The reality is that both the former and the latter cannot back down because they do not want to, being convinced that the financialisation of life of all forms is an effective instrument (!?) to rationalise and standardise on a worldwide scale the ‘governance’ of relations between human beings and to promote efficient (!?) relations between human beings and the other living species on the planet. They no longer believe in universal rights to life, health, water, food, housing. They don’t believe  in collective wisdom, duties and responsibilities,in  democratic institutions, the state, public authorities, elected parliaments, in  gratuitousness/giving, in  the spirit of community of life. Above all, they believe in financial values, capitalization on the stock exchange, rating companies, stakeholders, markets, techno-experts, managers, technologicalised finance that allows financial transactions to the millionth of a second, in the black sunlight of speculation and tax havens.

The entry of water on the stock exchange is yet another calamity of recent decades inflicted on the history of life on earth by the predators of life that have become the strong powers of technology and finance.  Conquering technology and dominating finance are the two jaws of the global pincer that has gripped and keeps the life of the Earth subjugated in the hands of the dominant social groups  (in a broad sense: less than 15 % of the world’s population today).

Water must be saved from technocratic finance. The entry of water into the stock market as a raw material is not only a demonstration of the failure of the capitalist economic system of the utilitarian society, but it is a defeat of Humanity. It is the end of the main public common good of life, along with air. We have accepted that speculation can wither the spirit of the source of life. When the last drop has its highest financial value ever, what will we drink, what will we grow?

Historically, the pincers of domination have always broken sooner or later. We do not know how and when the current pincer will break. It is certain, however, that if the inhabitants of the Earth rebel and fight for the liberation of life, the timeframe can be shortened and the break will be quicker, resulting in a real overturning of the world in the interest of the 85% of the world’s population that is currently excluded.

(2) It was not for nothing that it entered the Stock Exchange. Whitney himself, cited in the asterisk, explained in 2010 why the financial operators were always more interested in water: “Like any other scarcity, the water shortage – and today we are in a state of general scarcity of good water for human use – creates investment opportunities“.  So much for protecting and seeking water security for all! In our economy, what gives value to things is their scarcity and insecurity.

Riccardo Petrella, author of The Water Manifesto, 2001 (original edition in French, Le manifeste de l’eau, 1998. The book  has also been published in  German, Italian, Dutch, Spanish, Catalan, Portuguese, Korean) He is a promoter of the International Committee for the World Water Contract since 1997.