An Open Letter to President Biden about Guantánamo 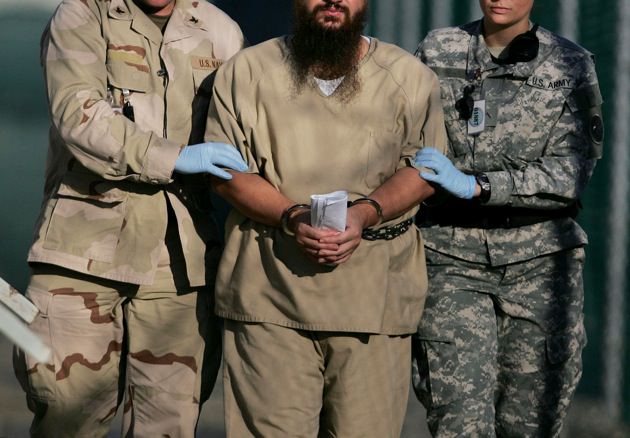 29 Jan 2021 –We write to you as former prisoners of the United States held without charge or trial at the military detention facility at Guantánamo Bay who have written books about our experiences.First, we welcome your presidential orders to reverse many unjust and problematic decisions made by your predecessor. We appreciate your repeal of the “Muslim ban,” which will now allow nationals from the Muslim-majority countries previously targeted into the United States, therefore bringing relief to families torn apart by this order.

Despite some positive developments, including the repeal of the Muslim ban, there is another deeply flawed and unjust process that has continued through five US presidential administrations spanning two decades: Guantánamo Bay prison. Guantánamo Bay has existed for over nineteen years and was built to house an exclusively Muslim male population.

We understand that your faith is important to you and helps to guide your vision of social justice. During our incarceration, we often reflected on the story of the Prophet Joseph (Yusuf) in the Quran and his years of wrongful imprisonment. It’s the same story in the Bible and one that reminds us that justice is not only divine, but timeless. That is why we are writing to you.

Many of us were abducted from our homes, in front of our families, and sold for bounties to the US by nations that cared little for the rule of law. We were rendered to countries where we were physically and psychologically tortured in addition to suffering racial and religious discrimination in US custody—even before we arrived at Guantánamo.

Some of us had children who were born in our absence and grew up without fathers. Others experienced the pain of learning that our close relatives died back home waiting in vain for news of our return. Waiting in vain for justice.

Most of the prisoners currently or presently detained at Guantánamo have never been to the United States. This means that our image of your country has been shaped by our experiences at Guantánamo—in other words, we have only been witnesses to its dark side.

Considering the violence that has happened at Guantánamo, we are sure that after more than nineteen years, you agree that imprisoning people indefinitely without trial while subjecting them to torture, cruelty and degrading treatment, with no meaningful access to families or proper legal systems, is the height of injustice. That is why imprisonment at Guantánamo must end.

There are only forty prisoners left in Guantánamo. We are told that the cost of each prisoner is $13 million per annum. That means that the United States spends $520 million a year on imprisoning men who will never be charged or convicted in a US court. Aside from the moral, legal, and public relations disaster that is Guantánamo, some of this money could be easily spent on programs to resettle prisoners and help them to rebuild their lives.

President Bush opened it. President Obama promised to close it, but failed to do so. President Trump promised to keep it open. It is now your turn to shape your legacy with regards to Guantánamo.

At your inauguration, you told the world: “We will be judged, you and I, by how we resolve these cascading crises of our era. We will rise to the occasion.” It is therefore our suggestion that the following steps are taken to close Guantánamo:

Guantánamo causes deep distrust in what America says and stands for. Prisoners from forty-nine different countries once occupied Guantánamo’s cells. Those prisoners look to America as a nation of laws and freedoms and see little of either. For two decades, the world has observed Guantánamo and noted that it is a bipartisan project, carried out by both Republicans and Democrats. That is what you must contend with and change.

Despite the abuses, after detention, many of us befriended and welcomed into our homes former US soldiers who guarded us. We’ve always believed there was another way.

During your tenure as vice president, America freed senior Taliban leaders from Guantánamo. Today, they head negotiations with top US officials to bring about peace in Afghanistan. During your inauguration speech you said, “Every disagreement doesn’t have to be a cause for total war.” We agree. In fact, as Obama once said, Guantánamo “should never have opened.” We believe you can close Guantánamo before its looming twentieth anniversary.

It is our sincere hope that you do.

Mansoor Adayfi, a former detainee at Guantánamo Bay, is a Yemen-based author.

Moazzam Begg, a former detainee at Guantánamo Bay, is a UK-based author and the outreach director for CAGE, a group that campaigns on behalf of survivors of injustices committed in the name of the War on Terror.

Lakhdar Boumediane, a former detainee at Guantánamo Bay, is a French-based author.

Sami Al Hajj, a former detainee at Guantánamo Bay, is a Qatar-based author.

Ahmed Errachidi, a former detainee at Guantánamo Bay, is a Moroccan-based author.

Mohammed Ould Slahi, a former detainee at Guantánamo Bay, is a Mauritania-based author.

Moussa Zemmouri, a former detainee at Guantánamo Bay, is a Belgian-based author.