The Great Divorce of the Century

The COVID pandemic has pushed the close-knit relationship between work and money towards a bitter divorce. 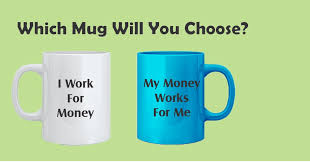 In the U.S. alone, 20 million people lost their jobs almost overnight. If you were working in a restaurant, a cultural institution, a club, or a theater, you were out of luck, out of work and without any income. If you were working in a job that allowed for remote work, however, you got to keep working, and the money kept rolling in. As it turns out, many of the people in lower wage work lost their jobs, while most of those earning higher wages kept theirs, and, in some cases, even saw their assets rise during the pandemic. Where is the fairness in that? No modern society should be developed with this type of structure.

On top of that, we still have a crazy system where most peoples’ health insurance is linked to their work. So in the middle of one of the worst health crises in a century, many of the 20 million who lost their jobs also lost their access to health insurance.

For centuries work has been accepted as the main distributor of wealth, either as compensation for time worked or through payment for objects produced. It’s clear today, however, that work doesn’t have the force nor capacity to really redistribute the growing concentration of capital. Household incomes have grown only modestly in this century, and household wealth has not returned to its pre-recession levels. Economic inequality, whether measured through the gaps in income or wealth between richer and poorer households, continues to widen, and it is anticipated that the post-pandemic economy will only exacerbate this trend (it is being described as K-shaped – the top half will keep going up while the bottom half will trend down). Income growth in recent decades has slanted steadily toward upper-income households: some 82% of money generated in 2017, according to Oxfam, went to the richest 1% of the global population while the poorest half saw no increase at all. Here in the US, the middle class, which once comprised the clear majority of Americans, is fast shrinking.

The answer to this, we are told, is to invest more. During the 2008 crisis, however, millions of people who had worked hard for decades saw their pensions and retirement savings vanish overnight in the stock market. The work had been done but the money was gone.

And yet listen to any standard politician, be they Democrat, Republican, or even Independent, and you will hear the popular mantra of “jobs, jobs, jobs,” as if that is the solution to everything. This allows them, after being elected, to justify increased military spending, polluting factories, and obscene corporate tax breaks, all in the name of “creating jobs.” This is the tactic being used against Native Americans to push them off their sacred lands, so they can build oil pipelines. And for all their talk about the importance of work,  these politicians do little on behalf of workers rights, which are being eroded year by year, and instead allow corporations to have more and more influence on workplace policy.

In reality, the notion of work is all about control.  About controlling you and your behavior, what you can do and cannot do, what time to start and when to finish, what you can wear, when you can take a break or go on vacation. In some places, every few years they expect you to move, from city to city or country to country.  And  now, in this new “gig economy,” you can be your own boss, with no capital, no clients and no strategy, just a serviceman to a corporation on a day to day basis –without “being employed.”

In a free society people should be able to spend their time and energy doing something that has meaning for them. They should be engaged in working together to build the kind of society that we all aspire to. If you are really interested in moving our world forward, interested in helping the development of the human being, this your issue. Although very few want to touch this matter, we need to move beyond this debilitating relationship between work and money. This divorce will have enormous consequences for our lives and the society at large. imagine not having to spend 30 or more years waiting for retirement so you can start living.

We need to break the basic conditioning of birth, education, work and retirement. There is no natural law underlying this cycle. Our contribution to this world starts at the minute of our birth, when we become a Human Being. If we want our society to evolve, we can’t keep spending the majority of our time, energy, and emotions doing something meaningless. We should be able to offer what we have, develop our best qualities, and open ourselves to learn, to love, to build, to discover, to share, and to imagine a new world.

We will have to redefine almost everything. What is the meaning of life, what is freedom, what is education? Imagine spending 15 years in school learning to respond to one question only: What is the contribution that I really want to make to this world?

I will let you respond to that question and, please, don’t worry so much about money.

David Andersson – Citizen journalist, photograph and publisher, starting back in the 80’s with the Humanist Movement by publishing a neighborhood newspaper in Paris. Today, David is the coordinator of NYC bureau for Pressenza and is hosting a talk-show call Face 2 Face. The show is broadcast on Youtube and Facebook.