WHO Approves AstraZeneca Vaccine for Emergency Use, but Some Nations Say ‘No Thanks’

The controversial vaccine, which Bill Gates has heavily invested in, is being rejected by some countries over widespread concerns about side effects and efficacy. 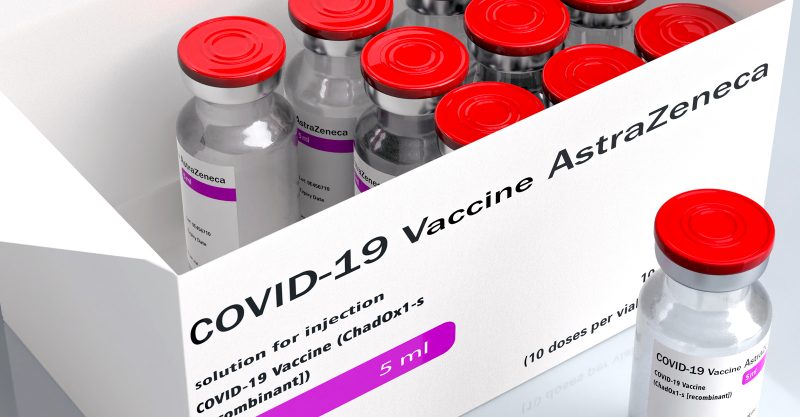 18 Feb 2021 – The World Health Organization (WHO) Monday approved two versions of the AstraZeneca-Oxford COVID vaccine for emergency use despite growing safety concerns in other countries and earlier questions about the drugmaker’s clinical trials.

Countries like the U.S., UK, Israel, Saudi Arabia and others have their own regulatory process for granting emergency use approval for vaccines and other drugs, but those countries that lack the necessary regulatory framework rely on WHO to vet vaccines.

WHO’s approval of the vaccines produced by AstraZeneca-SKBio (Republic of Korea) and the Serum Institute of India paves the way for 300 million doses of AstraZeneca to reach 145 countries in the first half of 2021, through Bill Gates’ COVAX program.

But while WHO is moving forward, other countries are hitting pause on AstraZeneca amid ongoing reports of side effects and lack of efficacy.

According to Fierce Pharma, the U.S. Food and Drug Administration (FDA) may not approve the AstraZeneca COVID vaccine due to inconsistent manufacturing concerns and a study released earlier this month showing the vaccine’s efficacy against mild and moderate COVID-19 cases was only 21.9%, well below the 50% threshold required for vaccine approval.

According to the Wall Street Journal, South Africa suspended plans to distribute the AstraZeneca COVID vaccine when the same study showed only 10% efficacy at protecting against mild and moderate COVID-19 cases from the new South African variant.

South Africa’s health minister, Zweli Mkhize, said, “the country would temporarily halt a planned rollout of the vaccine until there was more information on the vaccine’s efficacy” and instead distribute the as of yet unapproved Johnson & Johnson vaccine.

Although the European Medicines Agency authorized the AstraZeneca COVID vaccine for anyone over the age of 18, Germany did not authorize the vaccine for use in people 65 or over citing a “lack of efficacy.”

According to the BBC, France’s health regulator said there was still not enough data about the effectiveness of the vaccine in people over 65. Austria, Belgium, Poland and Switzerland also recommended the vaccine not be given to older people, citing insufficient evidence.

Two regions in Sweden temporarily halted vaccinations last week after 400 people received the AstraZeneca COVID vaccine and 100 people experienced adverse reactions leaving them unable to work. Another region observed a surprising number of side effects after a mass vaccination effort of more than 500 people.

“There seems to have been a larger proportion of side effects than expected,” Andreas Heddini, medical director of AstraZeneca in the Nordic region told SVT News. “We have seen that somewhere around 10 percent of those vaccinated are expected to have side effects of this kind.”

Multiple adverse reactions were reported during the 2020 AstraZeneca trials, including spinal cord damage consistent with transverse myelitis, death and acute neuro encephalopathy. Although global trials were temporarily paused, the trial in India moved forward and Indian Health Secretary, Rajesh Bhushan, said during a press conference that the adverse event would “not affect the timeline in any manner whatsoever.”

The AstraZeneca vaccine is similar to the controversial ebola vaccine, a DNA and recombinant-based adenovirus vaccine, which, as The Defender reported in December, may put some populations at heightened risk of developing HIV.

Despite AstraZeneca’s confusing results and efficacy of only 63.09% compared to the 95% efficacy rating of Pfizer-BioNTech and Moderna vaccines, it is hailed because it is easier and cheaper to produce than other rivals that have already been approved by WHO. WHO is focused on scaling up production and distribution of the vaccine, explained Tedros Adhanom Ghebreyesus, WHO’s director-general.

The AstraZeneca vaccine will reach the masses through a program called “COVAX,” a mechanism for procurement and distribution of vaccines. COVAX was founded by Bill Gates and is co-led by the Global Alliance for Vaccines and Immunization (GAVI) set up in 1999 with seed money from the Bill & Melinda Gates Foundation. Since 1999, the foundation has committed more $4 billion to GAVI and has a permanent seat on the board.

Gates’ foundation also co-founded the Coalition for Epidemic Preparedness and Innovations (CEPI) launched in 2017 to develop vaccines to stop future epidemics and is a major donor to WHO second only to the U.S.

Gates funded the manufacturing and distribution of the AstraZeneca COVID vaccine through GAVI and CEPI, provided millions to the Serum Institute of India to manufacture the vaccine, and is funding the “safety and efficacy” studies of the AstraZeneca COVID vaccine in Brazil and South Africa. Although data from these studies have yet to be released, it forms the basis of Gates’ most recent warning that a “third dose of the vaccine,” boosters, or a “tuned vaccine” may be needed to combat coronavirus variants. According to GAVI, the Gates Foundation plays a key financial and technical role in shaping vaccine markets, while providing the data and financial support for market investments. The AstraZeneca vaccine forms the bulk of the stockpile already acquired by Gates’ COVAX.

WHO recommends the use of AstraZeneca’s vaccine even in countries that have expressed concerns about safety and efficacy, and for all age groups over 18, including the older populations. WHO experts claim the benefits outweigh the risks of this experimental and controversial vaccine.