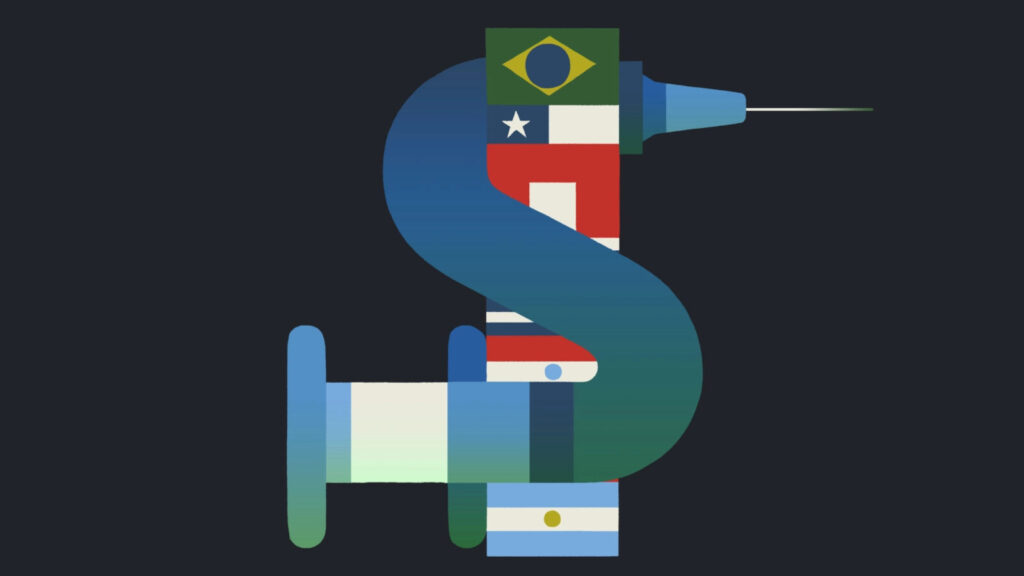 23 Feb 2021 – Pfizer has been accused of “bullying” Latin American governments in Covid vaccine negotiations and has asked some countries to put up sovereign assets, such as embassy buildings and military bases, as a guarantee against the cost of any future legal cases, the Bureau of Investigative Journalism can reveal.

In the case of one country, demands made by the pharmaceutical giant led to a three-month delay in a vaccine deal being agreed. For Argentina and Brazil, no national deals were agreed at all. Any hold-up in countries receiving vaccines means more people contracting Covid-19 and potentially dying.

Officials from Argentina and the other Latin American country, which cannot be named as it has signed a confidentiality agreement with Pfizer, said the company’s negotiators demanded additional indemnity against any civil claims citizens might file if they experienced adverse effects after being inoculated. In Argentina and Brazil, Pfizer asked for sovereign assets to be put up as collateral for any future legal costs.

One official who was present in the unnamed country’s negotiations described Pfizer’s demands as “high-level bullying” and said the government felt like it was being “held to ransom” in order to access life-saving vaccines.

Campaigners are already warning of a “vaccine apartheid” in which rich Western countries may be inoculated years before poorer regions. Now, legal experts have raised concerns that Pfizer’s demands amount to an abuse of power.

Indemnity When a government agrees to cover any compensation costs that may arise from citizens bringing civil cases relating to serious adverse effects after a vaccine.

Additional indemnity When a government agrees to indemnify a company (see above) and also covers the potential costs of civil cases brought as a result of the company’s own acts of negligence, fraud or malice. These include if the company interrupted the cold chain for a vaccine or delivered the wrong vaccine.

Adverse effect An untoward medical occurrence that happens as a result of receiving a vaccine or medicine. Can lead to injury, disability or death.

“Pharmaceutical companies shouldn’t be using their power to limit life-saving vaccines in low- and middle-income countries,” said Professor Lawrence Gostin, director of the World Health Organization’s Collaborating Center on National and Global Health Law. “[This] seems to be exactly what they’re doing.”

Protection against liability shouldn’t be used as “the sword of Damocles hanging over the heads of desperate countries with a desperate population,” he added.

Pfizer has been in talks with more than 100 countries and supranational organisations, and has supply agreements with nine countries in Latin America and the Caribbean: Chile, Colombia, Costa Rica, Dominican Republic, Ecuador, Mexico, Panama, Peru, and Uruguay. The terms of those deals are unknown.

Pfizer told the Bureau: “Globally, we have also allocated doses to low- and lower-middle-income countries at a not-for-profit price, including an advance purchase agreement with Covax to provide up to 40 million doses in 2021. We are committed to supporting efforts aimed at providing developing countries with the same access to vaccines as the rest of the world.” It declined to comment on ongoing private negotiations.

Most governments are offering indemnity – exemption from legal liability – to the vaccine manufacturers they are buying from. This means that a citizen who suffers an adverse effect after being vaccinated can file a claim against the manufacturer and, if successful, the government would pay the compensation. In some countries people can also apply for compensation through specific structures without going to court.

This is fairly typical for vaccines administered in a pandemic. In many cases adverse effects are so rare that they do not show up in clinical trials and only become apparent once hundreds of thousands of people have received the vaccine (a 2009 H1N1 flu vaccine, for example, was eventually linked to narcolepsy). Because manufacturers have developed vaccines quickly and because they protect everyone in society, governments often agree to cover the cost of compensation.

However, the government officials from Argentina and the unnamed country who spoke to the Bureau felt Pfizer’s demands went beyond those of other vaccine companies, and beyond those of Covax, an organisation created to ensure low-income countries can access vaccines, which is also requiring its members to indemnify manufacturers. This presents an additional burden for some countries because it means having to hire specialist lawyers and sometimes pass complex new legislation, so manufacturers’ liabilities can be waived. 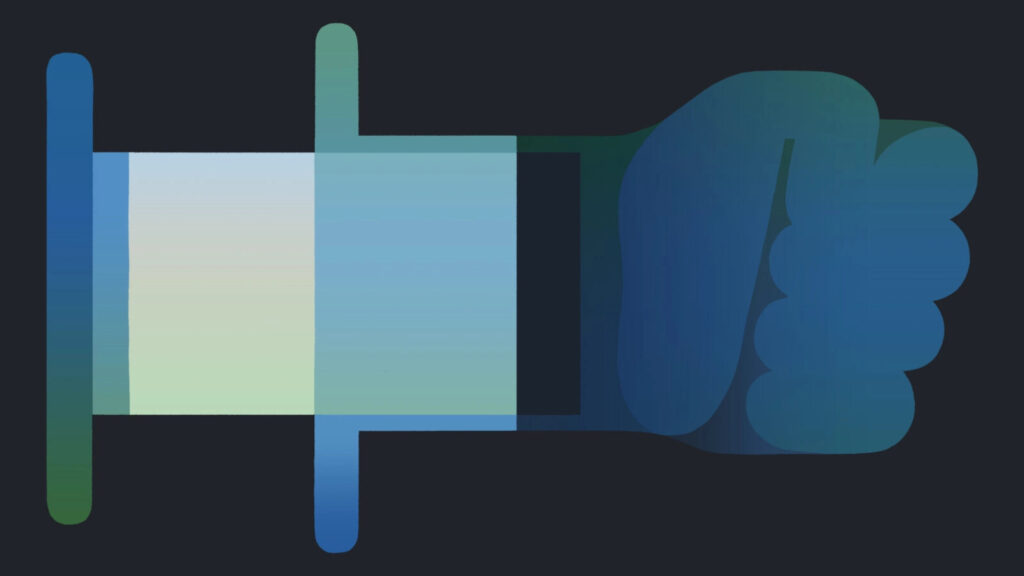 Pfizer asked for additional indemnity from civil cases, meaning that the company would not be held liable for rare adverse effects or for its own acts of negligence, fraud or malice. This includes those linked to company practices – say, if Pfizer sent the wrong vaccine or made errors during manufacturing.

“Some liability protection is warranted, but certainly not for fraud, gross negligence, mismanagement, failure to follow good manufacturing practices,” said Gostin. “Companies have no right to ask for indemnity for these things.”

Dr Mark Eccleston-Turner, a lecturer in global health law at Keele University, said Pfizer and other manufacturers have received government funding to research and develop the vaccines and are now pushing the potential costs of adverse effects back on to governments, including those in low- and middle-income countries. (Pfizer’s partner BioNTech was given $445m by the German government to develop a vaccine and the US government agreed a deal in July to pre-order 100m doses for nearly $2bn, before the vaccine had even entered phase three trials. Pfizer expects to make sales of $15bn worth of vaccines in 2021.)

“Pfizer misbehaved with Argentina. Its intolerance with us was tremendous” — Ginés González Garcia, former minister of health

The Bureau spoke to officials from two countries, who all described how meetings with Pfizer began promisingly but quickly turned sour, and reviewed a report by the Brazilian Ministry of Health.

The Argentinian Ministry of Health began negotiating with the company in June and President Alberto Fernández held a meeting with Pfizer Argentina’s CEO the following month. During subsequent meetings Pfizer asked to be indemnified against the cost of any future civil claims. Although this had never been done before, Congress passed a new law in October allowing for it. However, Pfizer was not happy with the phrasing of the legislation, according to an official from the president’s office. The government believed Pfizer should be liable for any acts of negligence or malice. Pfizer, said the official, disagreed.

The government did offer to amend the existing law to make it clear “negligence” meant problems in the distribution and delivery of the vaccines. But Pfizer was still not satisfied. It asked the government to amend the legislation through a new decree; Fernández refused. 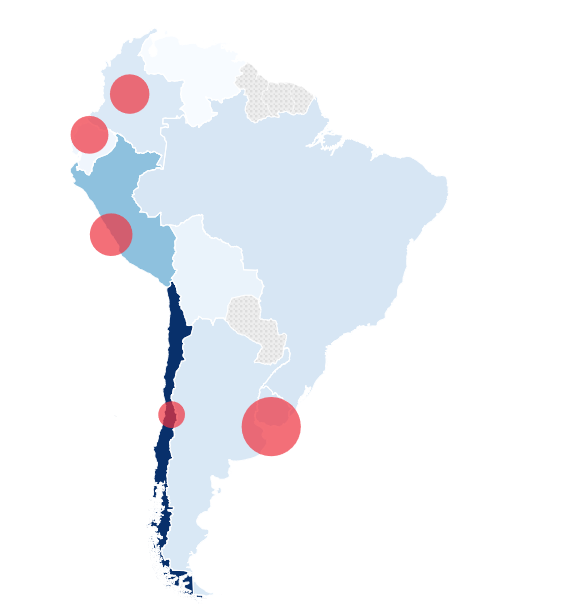 Source: Duke University • Note: These figures do not include doses through Covax.
TBIJ via Flourish

“Argentina could compensate for the vaccine’s adverse effects, but not if Pfizer makes a mistake,” said the official, who has detailed knowledge of the negotiations. “For example, what would happen if Pfizer unintentionally interrupted the vaccine’s cold chain [of -70C transport and storage] … and a citizen wants to sue them? It would not be fair for Argentina to pay for a Pfizer error.”The official said talks soon became tense and complicated: “Instead of giving in on some points, Pfizer demanded more and more.” In addition to the changes in the new law, it asked Argentina to take out international insurance to pay for potential future cases against the company (countries were also asked to do this during the H1N1 outbreak).

In late December, Pfizer made another unexpected request: that the government put up sovereign assets – which might include federal bank reserves, embassy buildings or military bases – as collateral.

“We offered to pay for millions of doses in advance, we accepted this international insurance, but the last request was unusual: Pfizer demanded that the sovereign assets of Argentina also be part of the legal support,” the official said. “It was an extreme demand that I had only heard when the foreign debt had to be negotiated, but both in that case and in this one, we rejected it immediately.” 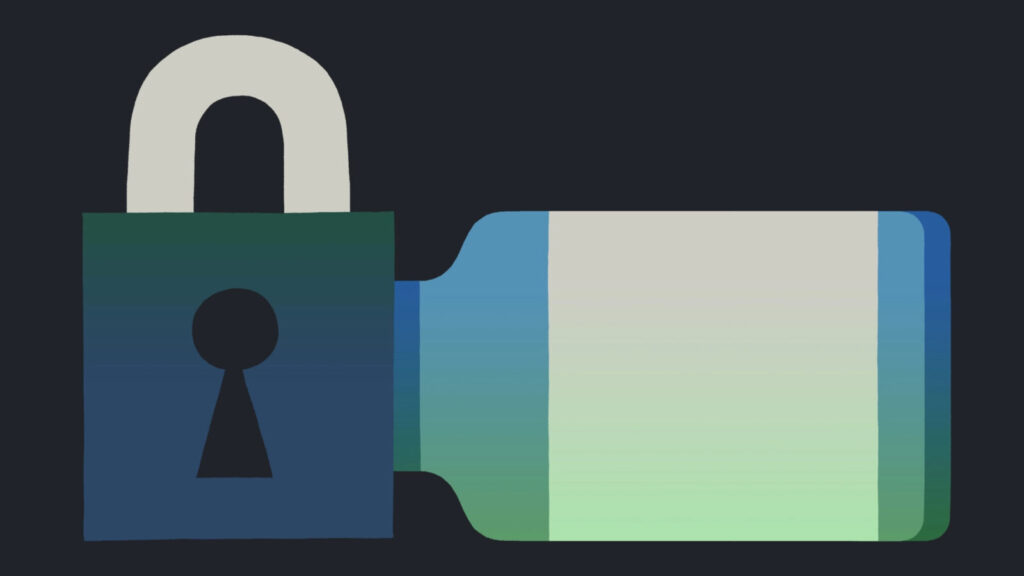 The failed negotiations mean Argentinian citizens, unlike those in neighbouring countries, do not have access to Pfizer’s vaccine, leaving them with Russia’s Sputnik V vaccine, AstraZeneca’s vaccine and those delivered through Covax. The government is also negotiating to acquire vaccines from Moderna, Sinopharm and CanSino.

“Pfizer misbehaved with Argentina,” said Ginés González Garcia, Argentina’s former minister of health. “Its intolerance with us was tremendous.”

The same demands were made of Brazil’s Ministry of Health. Pfizer asked to be indemnified and asked the ministry to put up sovereign assets as collateral, as well as create a guarantee fund with money deposited in a foreign bank account. In January, the ministry refused these terms, describing the clauses as “abusive”.

An official from another Latin American country, which cannot be named, described talks unfolding similarly. They said the government began negotiating with Pfizer in July, before the vaccine was approved. There was a perception that Pfizer’s negotiators had a “good cop, bad cop” routine, with the “bad cop” pressing the government to buy more doses.

“[At that time] there was not a single drug or vaccine in the world with this kind of technology that had been shown to be safe and effective … You had this lady putting pressure saying: ‘Buy more, you’re going to kill people, people are going to die because of you,’” the official said.

Read more: The next Covid crisis: a vaccine apartheid endangering us all – The West bought billions of vaccines fast and cheap, leaving poorer nations paying through the nose for years to come.

Negotiations became fraught when the company asked for additional indemnity. The government had never awarded any kind of indemnity before and did not want to waive liability, but Pfizer said this was non-negotiable. Negotiations continued and eventually a deal was signed, but after a delay of three months.

As Pfizer has only 2 billion doses to sell across the world this year – apparently on a first come, first served basis – the official is angry about a delay that likely pushed the country further back in the queue.

One of the reasons the government wanted Pfizer’s vaccines was because the company said they could be delivered quickly. Yet in the contract, Pfizer wanted to reserve the right to modify the schedule. There was no room for negotiation. “It was take it or leave it,” said the official.

The official said: “Five years in the future when these confidentiality agreements are over you will learn what really happened in these negotiations.”

Pfizer told the Bureau: “Pfizer and BioNTech are firmly committed to working with governments and other relevant stakeholders to ensure equitable and affordable access to our Covid-19 vaccine for people around the world.”