Is the US Heading for Confrontation with China? The Pentagon’s Multibillion Dollar Indo-Pacific Military Deployment 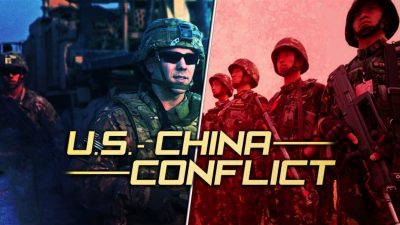 9 Mar 2021 – On Sunday [7 Mar], China’s Foreign Minister Wang Yi repeated what he and other Beijing officials stressed many times before.

China seeks cooperative relations with the US.

Washington’s rage to dominance prevents it, prioritizing containment of China along with seeking to undermine and isolate the country politically, economically, technologically and militarily.

The US Pacific Deterrence Initiative (PDI) is all about increasing its military presence in a part of the world not its own to confront China.

Like US hostility toward Russia, Iran, and other nations free from its control, false accusation against Beijing are made with disturbing regularity.

The amount pales in comparison to countless trillions of US dollars poured down a black hole of waste, fraud, and abuse for militarism, belligerence, and maintenance of the Pentagon’s worldwide empire of bases.

In stark contrast to the US, China’s military spending is for defense, not forever wars.

Threatened by US rage to dominate the country, including by surrounding it with heavily armed Pentagon bases, China must react defensively.

Preparing for possible US aggression is the most effective deterrent against it.

Despite no threat of an attack by China against the US in the Indo/Pacific or anywhere else, Davidson considers Guam-based 360-degree Aegis Ashore missile defense his top priority, along with high-frequency radar in Palau.

He asked for “highly survivable, precision-strike networks (with) increased quantities of ground-based weapons.”

“These networks must be operationally decentralized and geographically distributed along the western Pacific archipelagos using service agnostic infrastructure,” he said, adding:

“We must convince Beijing that the costs to achieve its objectives by military force are simply too high.”

Unlike US-dominated NATO and Israel, China pursues its geopolitical aims cooperatively with other nations.

Brute force is how the US and its imperial partners operate.

China is the top US target for transformation into a pro-Western vassal state.

According to military analyst Song Zhongping, the “People’s Liberation Army is developing new types of weapons, including hypersonic weapons, to counter the offensive and defensive military strategy by the US.”

If trillions of dollars spent by the US for war on humanity at home and abroad were used to serve its people over exploiting them and others in targeted countries, peace and stability would end forever US wars on invented enemies.

The world and nation would be safer and more fit to live in.

Things are the other way around and getting steadily worse because of US rage to rule the world unchallenged.