The Biggest Threat to US Security Is Here at Home: The Pentagon 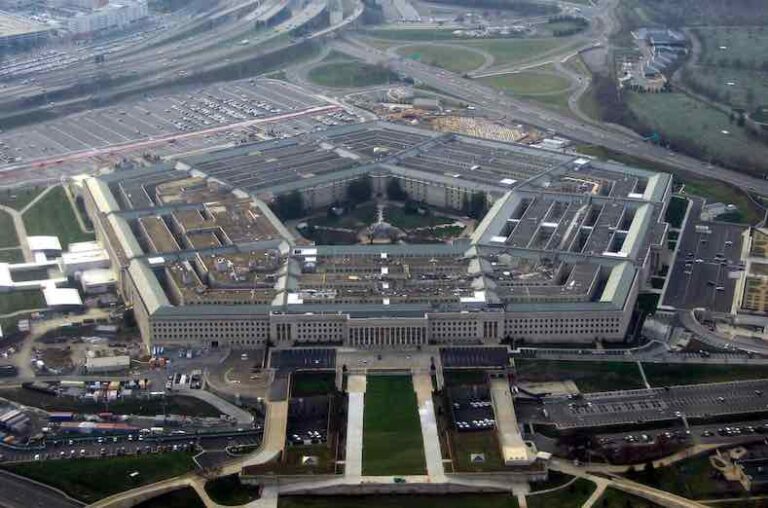 America’s biggest threat: The Pentagon (US Department of ‘Defense’ photo)

12 Mar 2021 – Someone needs to say this, and it looks like it’s gotta be me: China and Russia are not our enemies.

Somehow, the opinion-makers in the media, the bloated military brass with all their ribbons and stars and with little to do but worry about how to keep their massively overbuilt operation afloat with ever more taxpayer money, and the members of Congress who like to gin up fears among the voters so they’ll keep voting for them have gotten everyone thinking that Russia is still hell bent on world communist takeover and that China it trying to replace the US as global hegemon.

Nothing could be farther from the truth.

The US has an army of 2.5 million — 1.5 million active duty and one million reservists and National Guard units,

Russia’s army numbers 2.9 million but only 900,000 of those are active duty, with two million being reservists.

China has 2.8 million active duty troops, but that number is deceptive. 800,000 of them are so-called armed police, the Wu Jing, and their job is keeping a restive population in check. They are not for fighting wars, but for controlling the people of the country.

The US will spend, if we want to be purists, $716 billion on the military. It’s actually a lot more because the National Security Agency is part of the military, and the CIA to all intents and purposes is military in nature and between them their secret budgets top more than the $50 billion that was leaked in a Congressional hearing eight years ago, and could be double that now since so much more US military activity is now handled by Special Forces acting under the direction of the CIA, but for sake of argument let’s just leave it at $716 billion.

Russia’s military budget is $65 billion, and even if you tripled that to account for how much more expensive everything is in the US from soldiers’ pay to weapons systems would represent less than a third of what the US spends.

China’s military budget $183 billion, and again, you could double that if you like to account for different costs and it would be less than half of the US military budget.

That is to say, even if you put the Chinese and Russian militaries together, their budgets would be significantly smaller than the US military budget.

On top of that there’s the matter of where those three militaries are.

The US has 800 bases in 70 countries and at least the last time the White House reported on the subject, in a 2018 report to Congress, it had troops fighting in seven countries.

Russia, according to a report in Izvestia, has 21 military bases operating outside of the country, many of them in states that were formerly part of the Soviet Union until 1990, like Tajikistan, Armenia and Belarus. The only place it has soldiers fighting is in Syria.

China has four overseas basis — one in Djibouti, one in Tajikistan, and two signal facilities in Myanmar and at the southern tip of Argentina.

Finally, and this is important, the US has nine operational aircraft carrier battle groups, eight based in the US and one in Japan, all available for force projection anywhere in the world, and carrying more planes than almost any of the world’s other air forces not counting Russia and China. The US carriers are all nuclear powered and can remain away from home port indefinitely. US carriers have frequently been posted for operational use off the coast of Afghanistan, in the Arabian Sea and the Persian Gulf and in the Mediterranean. One was even sent into the Arctic Ocean a few years back.

Russia has one oil-powered aircraft carrier. It rarely leaves port.

China has two aircraft carriers, which stay close to home.

In terms of nuclear weaponry, the US and Russia each have 1600 actively deployed nuclear warheads, limited by a treaty that is currently in fragile shape.   They each have a total of over 6000 nuclear warheads, with over 4500 of them in each country in storage.

China has 380 nuclear warheads, more than double what India has.

As far as delivery systems for those nukes, the US has 405 Minuteman III missiles, each capable of carrying three independently targetable and highly accurate warheads. It also has 14 Trident missile-firing nuclear submarines each capable of carrying 24 Trident missiles with up to 8 independently targetable warheads, though these subs are currently limited to carrying just eight missiles and four or five warheads on each, for a total of 40 nukes per submarine.

Russia in 202 claimed to have 517 land-based missile launchers on its territory to carry those warheads to targets.  It also has 11 missile launching subs each capable of carrying 16 missiles with multiple warheads.

China is estimated to have 100 nuclear capable missiles of various ranges. Not all could reach the US.  It has six nuclear missile carrying submarines.

While even one nuclear weapon striking a country — even a country as large as are Russia, China and the US — it is clear from all these figures that the US has by far the most dominant military in the world.

Russia or China would be crazy to take on the US militarily, and in fact, there is no indication that either country is even considering doing such a thing. Indeed, where the US engages its military at will all over the globe, China and Russia have consistently limited their military activities to areas near their home countries.

The Pentagon and its backers in the US media and in Congress, have to strain like a person with severe constipation in order to produce anything resembling a threat from either country, as when Russia a few years ago flew one of its aging long-range bombers over the pole and landed with some supplies to donate to Venezuela, and the US press was filled with alarms that the jet was “capable of carrying nuclear weapons, as I Russia might decide to drop one on Miami of Boston on the return flight home.

If readers could get past the heavy breathing of the reporters they might have recalled that the US sends it’s nuclear capable bombers, both B-52 Stratofortresses and the much more ominous B-2 Stealth bombers, half way around the world, to actively bomb other countries (with conventional ordnance) or to “send a signal” just by flying near a country like Iran.

The real threat posed by Russia and China is commercial. The US acts as though a Russian pipeline called Nordstream, being built under the North Sea to bring cheap Russian natural gas to Western Europe is a virtual act of war. And China, with its huge “belt and road” project to link eastern China to Europe with high-speed rail and all-weather highways to facilitate trade between Europe and Asia is some kind of devious military maneuver.

Let’s get real. The US military is the biggest threat to the future of the United States. It’s ravenous appetite for ever more money, which Congress obliges year after year, is gobbling up almost the entire discretionary budget of the federal government — an amount which, even if you just count the official numbers represents half of the total tax collection of the government each year.

A great example of this is the F-35 nuclear-capable fighter bomber, a $1.7-trillion dollar boondoggle which now, mid-way through its production process, the Pentagon admits is a complete failure as an aircraft, unreliable, incapable of flying at supersonic speed as it destroys its “stealth” coating, too heavy to engage other planes in aerial dogfights, and a danger to pilots because of avionics that are unreliable. It is likely to end up in a very expensive scrap heap and nobody is being blamed for this epic waste.

If we were actually concerned about national security, we would slash the US military by 90 percent and its budget by the same amount, bring all the ships and troops home from those 800 overseas bases, get out of all the conflicts into which the government injects our military — usually illegally—and start taking care of this country, which is, from the stand point of education, environment, health care, infrastructure, economy, and democratic governance in pretty sad shape.

Anyone who has traveled to Europe or Asia can attest that in many countries one feels like a visitor from the Third World. The US has abilities — like the landing of the Perseverance Rover on Mars — but meanwhile Japanese and Chinese people whisk between cities on smooth-as-glass high-speed trains while Europeans get their health care delivered free at point of service, mostly covered by taxes paid by all, get six or more weeks of paid vacation and retire without a suffering plunge in living standard.

Lets us US citizens smarten up and start figuring out who our real enemies are. Guess what? They’re right here at home, not in Beijing or Moscow, and the biggest one is a big five-sided building across the Potomac River from the Lincoln monument.

Back in October 1967, Abbie Hoffman led a group of protesters during a huge antiwar demonstration outside the Pentagon in a mock attempt to levitate the monstrous building constructed during World War II. Maybe it would be better to just raze it, use eminent domain to evice Trump’s hotel from the old Washington Post Office building so it can house a much smaller and appropriately re-named War Department bureaucracy, and then force them tne new tenant to share the space with a new Department of Peace.

We and the peoples of the world would all be better off for the change.

Dave Lindorff, fluent and literate in Chinese, spent five years living in Hong Kong as a correspondent for Business Week, and two years living and working in China. He attended the Columbia University Graduate School of Journalism and is the 2019 winner of an “Izzy” Award for Outstanding Independent Journalism from the Park Center for Independent Media. He is a founder of the collectively owned journalism site ThisCantBeHappening.net