Lula in a Wilderness of Mirrors in Brazil 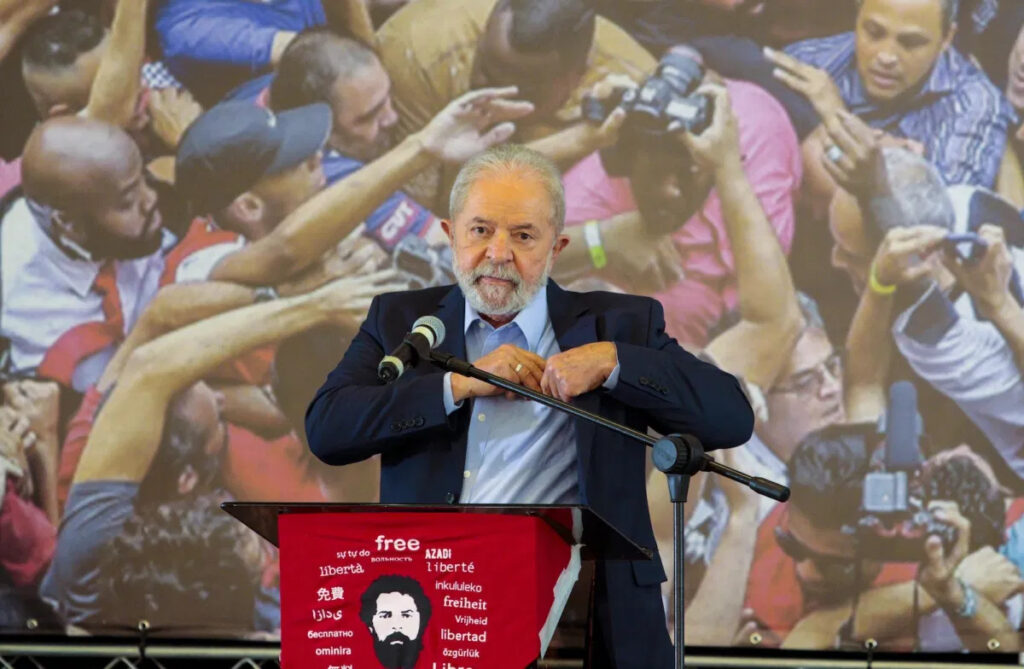 Still in the legal woods and not daring to project as a revolutionary leader, Lula should nonetheless never be underestimated.

17 Mar 2021 – A surprising Supreme Court decision that, while not definitive, restores Lula’s political rights has hit Brazil like a semiotic bomb and plunged the nation into a reality show being played in a wilderness of shattered mirrors.At first, it looked like three key variables would remain immutable.

But then, 48 hours later, came the Lula tour de force: a speech and press conference combo lasting a Proustian three hours – starting with a long thank you list on which, significantly, the first two names were Argentina President Alberto Fernandez and Pope Francis, implying a future Brazil-Argentina strategic axis.

During those three hours, Lula operated a masterful pre-emptive strike. Fully aware he’s still not out of the legal woods, far from it, he could not possibly project himself as a revolutionary leader. In the complex Brazilian matrix, only the evolution of social movements will in the distant future create the political conditions for some possibility of radical revolution.

So Lula opted for the next-best play: he completely changed the narrative by drawing a sharp contrast to the dreadful wasteland presided over by Bolsonaro He emphasized the welfare of Brazilian society; the necessary role of the state, as social provider and development organizer; and the imperative of creating jobs and raising people’s incomes.

“I want the Armed Forces taking care of the nation’s sovereignty,” he stressed. The political message to the Brazilian military – who hold all the cards in the current political charade – was unmistakable.

On the autonomy of the Brazilian Central Bank, he remarked that the only ones who profited from it comprised “the financial system.” And he made it quite clear the main circumstance in which “they should be afraid of me” will be if choice chunks of productive Brazil – as in national energy giant Petrobras – are sold for nothing. So he firmly positioned himself against the ongoing neoliberal privatization drive.

Even knowing that Obama-Biden were the (silent) overseers of the slow motion lawfare coup against President Dilma Rousseff from 2013 to 2016, Lula could not afford to be confrontational with Washington.

Refraining from throwing a fragmentation bomb he didn’t mention that then-Vice President Biden spent three days in Brazil in May 2013 and met Dilma – discussing, among other key issues, the fabulous pre-salt oil reserves. One week later, the first installment of a rolling Brazilian color revolution hit the streets.

Lula skirted another potential fragmentation bomb when he said, “I had the intention to build a strong currency with China and Russia so not to be dependent on the U.S. dollar. Obama knew about it.”

That’s correct: but Lula could have stressed that this was arguably the fundamental motivation for the coup – and for the destruction of an emergent Brazil, then 6th largest economy in the world and accumulating vast political capital across the Global South.

Lula is far from secure enough to take the risk of indicting the whole, elaborate Obama-Biden/FBI/Justice Department operation that created the conditions for the Car Wash investigation racket – now totally unmasked. The US deep sate is watching. Watching everything. In real time. And they won’t let their tropical neo-colony slip away without a fight.

Still, the Lula Show was an incantatory, hypnotic invitation to tens of millions of people glued to their smartphones, a society terminally exhausted, appalled and infuriated by a multi-pronged tragedy presided over by Bolsonaro. 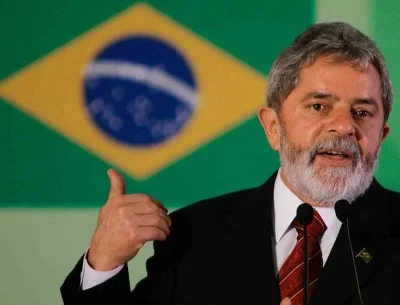 What is to be done?

If confirmed as the ultimate comeback kid, Lula faces a Sisyphean task. The unemployment rate is 21.6% nationally, over 30% in the poorer northeastern regions.

It reaches nearly 50% among 18-24-year-olds. The emergency government help in times of pandemic was initially set at a little over $100 – to loud opposition protests. Now that it’s been scaled down to a paltry $64, the opposition is clinging to the previous $100 it rejected.

For 60% of the Brazilian working class monthly wages are less than what was the minimum wage in 2018, at the time valued around $300.

In contrast to relentless impoverishment, a hefty chunk of Brazilian industrialists would like to see the Guedes hardcore neoliberal orchestra keep playing unencumbered. That implies serial super-exploitation of the work force and indiscriminate sell-off of state assets. A large proportion of the pre-salt deposits – in terms of reserves already discovered – is not Brazilian-owned anymore.

The military de facto handed over the nation’s economy to transnational finance. Brazil virtually depends on mercenary agro-business to pay its bills. As soon as China reaches food security, with Russia as a major supplier, this arrangement will vanish – and foreign reserves will dwindle.

To talk about “de-industrialization” in Brazil – as the liberal left does – makes no sense whatsoever, as rapacious industrialists themselves support neoliberalism and rentism.

Add to it a narco-trafficking boom as a direct consequence of the nation’s industrial collapse, coupled with what could be defined as the incremental US-style evangelicalization of social life expressing the predominant anomie, and we have the most graphic case of disaster capitalism ravaging a major Global South economy in the 21st century.

So what is to be done?

Of course there’s no smoking gun. But all the shadowplay points toward a deal. Now seemingly rallying around him are, with the exception of the military, the same actors who tried to destroy Lula – what is dubbed the “juristocracy,” powerful media interests, the goddess of the market.

After all, Bolsonaro – the incarnation of a military project rolled out since at least 2014 – is not only bad for business: his psychotic inconsequence is downright dangerous.

For instance, if Brasilia cuts off Huawei from 5G in Brazil, sooner rather than later agro-business mercenaries will be eating their own soya beans, as Chinese retaliation will be devastating. China is Brazil’s top trade partner.

Key plot twists remain unanswered. For instance, whether the Supreme Court decision – which may be reverted – was taken only to protect the Car Wash investigation, actually racket, and its crypto Elliott Ness-style superstar, now discredited provincial judge Sergio Moro.

Or whether a new judicial via crucis for Lula may be unleashed if their handlers so decide. After all, the Supreme Court is a cartel. Virtually every one of the 11 justices is compromised to one degree or another.

The paramount variable is what the imperial masters really want. No one inside the Beltway has a conclusive answer. The Pentagon wants a neo-colony – with minimum Russia-China influence, that is, a fractured BRICS. Wall Street wants maximum plunder. As it stands, both the Pentagon and Wall Street never had it so good.

Obama-Biden 3.0 want some continuity: the sophisticated early-to-mid 2010s project of shattering Brazil via Hybrid War developed under their patronage. But now that must proceed under “acceptable” management; for the Dem leadership Bolsonaro, on every level, is irredeemably linked to Trump.

So this is the crucial deal to watch in the long run: Lula/Obama-Biden 3.0.

Brasilia insiders close to the military are spinning that if the deep state/Wall Street consortium gets its new basket of goodies – China out of 5G, increased weapons sales, the privatization of Eletrobras, new Petrobras price policies – the military may discard Lula again anytime.

Always in negotiation mode, Lula had been in action even before the Supreme Court decision. In late 2020, Kirill Dmitriev, head of the Russian Development Investment Fund which financed the Sputnik V vaccine, took a meeting with Lula, after he identified the former president as one of the signatories of a petition by Nobel Economics prize Muhammad Yunus calling for Covid-19 vaccines to be a common good. The meeting was firmly encouraged by Russian President Putin.

This eventually led to tens of millions of doses of Sputnik V being available for a group of Brazilian northeastern states. Lula played a key part in the negotiation. The federal government, initially bowing to heavy American pressure to demonize Sputnik V, but then confronted with a vaccine disaster, was forced to jump on the bandwagon and now is even trying to take the credit for it.

As it stands, this enthralling telenovela political frenzy may be exhibiting all the hallmarks of a psyops crossover between MMA and WWE – starring a few good guys and an abundance of heels.

The (military) house would like to give the impression it is controlling all the bets. But Lula – as the consummate political practitioner of “float like a butterfly, sting like a bee” – should never be underestimated.

As soon as the taming of Covid-19 allows it – to a great extent thanks to Sputnik V – Lula’s best bet will be to hit the road. Unleash the battered working masses in the streets, energize them, talk to them, listen to them. Internationalize the Brazilian drama while trying to bridge the gap between Washington and the BRICS.

And act like the true leader of the Global South he never ceased to be.