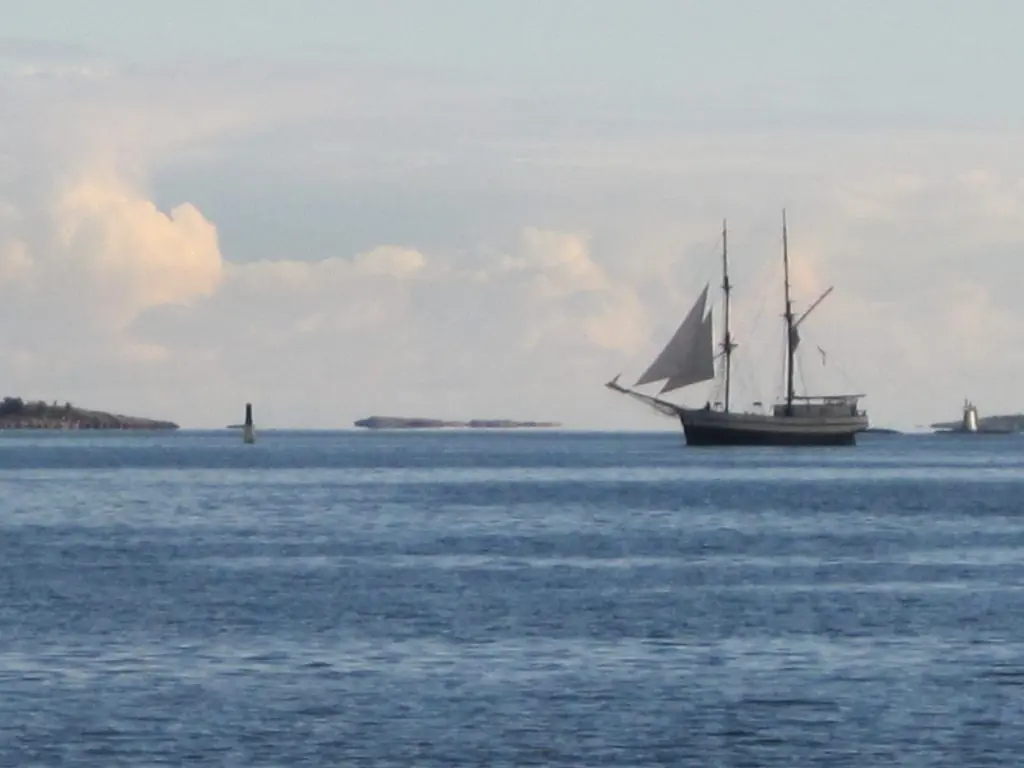 When a Nordic dispute over the strategically important Åland Islands arose in the early 20th century, Finland and Sweden turned to international mediation to resolve the issue peacefully. Photo permission and credit by Douglas P. Fry.

22 Mar 2021 – The ancestral tribes of the Iroquois lived in constant fear of each other and of societies further afield. Archaeological evidence shows that they constructed high stockades around their villages for protection. Then, the Mohawk, Oneida, Onondaga, Cayuga, and Seneca transformed themselves into a union of cooperating neighbors. According to legend, they planted a great white pine and buried their weapons of war beneath it, symbolizing the adoption of new norms, values, and intertribal relations based on peace.

Could we tap the knowledge of how such successful transformations from war to peace operate and apply these guiding principles globally? Could emulating the features of existing non-warring systems provide insights and methods for turning back the Doomsday Clock?

The mere existence of tribes, nations, and other social systems comprised of non-warring neighbors demonstrates that living without war is possible. Historically and anthropologically documented peaceful social systems include, among others, tribal peoples from the Upper Xingu River basin in Brazil, Malaysian Orang Asli societies such as the Batek, Chewong, and Semai,  the Swiss cantons once united, the five Nordic nations, and the European Union. The Orang Asli societies are some of the most peaceful cases known to anthropology and have no history of feuding or warring. The Chewong language “lacks words for aggression, war, crime, quarreling, fighting, or punishment. When confronted with aggressiveness or threats, they immediately flee, since flight has normally been their response to violence,” explains Bruce Bonta, an expert on peaceful societies. Similarly, neither the Kalahari San of Africa nor the Mardu and their neighbors of Australia’s Great Western Desert make war amongst each other.

“Peace systems” are clusters of neighboring societies that do not make war with each other and sometimes not at all. That means some peace systems are completely non-warring, whereas others only engage in acts of war outside the boundaries of the system. A systematic study of peace systems may hold valuable lessons about how to promote transborder cooperation desperately needed to meet the threats of climate change, pandemics, ecological collapse, and ticking nuclear catastrophe.

When a sample of peace systems is statistically compared with a randomly derived comparison group, marked differences are readily apparent. Across various types of social organization, peace systems tend to have an overarching social identity (for example, European) in addition to local identities (for example, Greek, Dutch, or Estonian). The members of peace systems tend to have more interconnections and higher degrees of economic, ecological, or external security interdependence than do neighboring societies that are not part of peace systems. They also have greater adherence to non-warring norms and values, peace-leadership and non-warring symbols, rituals, and myths that reinforce unity, peace, and cooperation. In sum, recent research shows that peace systems are qualitatively different from non-peace systems in a number of ways. 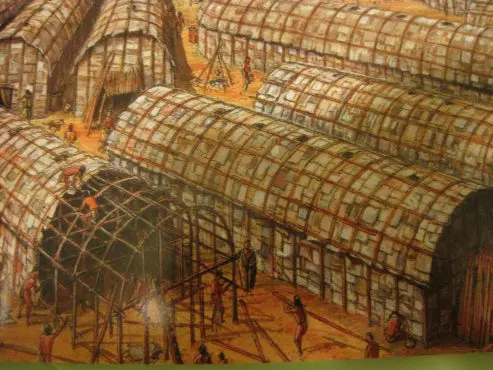 The Iroquoian nations buried the weapons of war, replacing bellicosity towards one another with positive relations, unity, and peace. Photo permission and credit to Douglas P. Fry.

Not all societies make war. The Iroquois Confederacy lasted for over 300 years and replaced prior conditions of endemic war, enslavement, and cannibalism among warring neighbors with The Great Peace (Kayanerenh-kowa). Once united as a peace system, the Iroquoian peoples developed an additional overarching sense of common identity, created an Intertribal Council of Chiefs as a mechanism of governance and conflict management, and reinforced peace norms and values through narratives, symbols, and rituals. Peace leadership was also critically important.

Although unfortunately a well-kept secret, the five Nordic nations have not warred with each other for over 200 years—since 1815. There were times when wars could have broken out, such as during a dispute over the Åland Islands, but gradually non-warring norms, values, and practices developed, as reliance on discussion and negotiation, mutual respect, collaboration in many spheres, and faith in the rule of law became embedded in the interactions among the Nordic countries. Nowadays, the Nordic Council of Ministers, a supranational organization, is promoting their Nordic peace brand. After this long history of peace and cooperation, the waging of war amongst the Nordic nations simply has become unthinkable.

The same is true of the members of the European Union, to which some but not all Nordic nations belong. Europeans have undergone a huge transformation in the 76 years since the end of World War II, when much of the continent lay in ruins. In 1946, Winston Churchill advocated the creation of a “United States of Europe.” Jean Monnet, sometimes called the “Father of Europe,” was a peace leader par excellence. He steadfastly promoted a united Europe, with peace and prosperity at the core, to banish to the annals of history the scourge of war. Monnet not only formulated a vision of Europe free from war, but he also worked collaboratively with leaders and citizens across the continent to implement a plan for a unified region. To be sure, most members of the EU still maintain defense forces, and France has nuclear weapons, but perceived security threats are external to the EU peace system.

Sovereign nations acting alone “can no longer solve the problems of the present,” said Monnet, and this point remains true today. The founders of the EU embarked upon a series of steps to establish supranational institutions, remove barriers to trade, and enhance economic and political interdependence. In sequence, they created the supranational European Coal and Steel Community, the European Economic Community, and ultimately the EU. The official EU website sums it up: “What began as a purely economic union has evolved into an organization spanning policy areas, from climate, environment and health to external relations and security, justice and migration.” In 2012, the Nobel Committee awarded the Peace Prize to the EU for transforming “Europe from a continent of war to a continent of peace.”

Could humans transform our current international system into a global peace system where wars become unthinkable, nuclear weapons become relics of a foolish past, conflicts are dealt with through the force of law rather than the law of force, and humans worldwide cooperate to assure their continued existence?

Why would humanity not strive to create a global peace system that facilitates positive international interactions, overall human well-being, and collaborative approaches to shared existential threats?

Some might respond that a global peace system is pure utopian fancy. However, as former Secretary General of the International Peace Research Association Kenneth Boulding liked to quip, “What exists is possible.” Since peace systems exist, they are possible. And cases like the Southern Cone countries of South America, the Nordic countries, and the EU show that peace systems composed of nations can be created and endure.

Other skeptics might respond that there is no need to eliminate war from the planet. But such thinking is flawed in many respects. Overblown military expenditures not only fail to deliver true security but also divert funding from sustainable development, education, healthcare, and other human necessities. Wars destroy lives of combatants and civilians alike. The very presence of nuclear arsenals imperils the entire species, if not all forms of life on Earth. Wars distract attention, divert resources, and impede the concerted action required to successfully address plummeting biodiversity, soiling of the seas, displacement of peoples, ethnocide of indigenous peoples, pandemics, cataclysmic wildfires, and global warming itself. Waging of wars and oversized militarism hinder concerted “all hands on deck” responses to existential threats.

Some people might argue that a global peace system has never been tried before. That something has not been tried does not mean it should not be attempted: Think development of the internet, reaching the moon, elimination of smallpox, or the development of effective Covid-19 vaccinations in less than one year. And creating a pan-continental peace system had never been attempted until the EU was implemented, meaning that 446 million people across 27 countries are now living without war in their region. Ridding the continent of war, the central purpose of European integration, has been a resounding success, although such a grand endeavor had never before been attempted.

Still other skeptics might object that a global peace system would never work. As Jean Monnet understood, “People only accept change when they are faced with necessity, and only recognize necessity when a crisis is upon them.” As the Doomsday Clock reflects, crises most severe are upon us. If we can draw upon the wisdom of the peoples from various quarters of the globe, in different times and places, who have successfully given up warring amongst themselves to pursue more humane endeavors, a new way of running the planet based on unity, cooperation, and international relations devoid of war might just work. In fact, it might be the only viable path to human survival and flourishing on Earth.

Douglas P. Fry is Chair of the Department of Peace and Conflict Studies at the University of North Carolina at Greensboro. He co-wrote “Societies… Read More

Geneviève Souillac is Associate Professor in the Department of Peace and Conflict Studies at the University of North Carolina at Greensboro. She… Read More

One Response to “Peaceful Societies Are Not Utopian Fantasy–They Exist”