A Big and a Small Dog

A house was burglarized every night. Finally, the home owner had enough. He went to an animal shop and said,

“I want to buy the biggest dog you have.”

The shop owner showed him his biggest dog, and he bought it and went home with it. He fed it very well, and was sure that this strong dog would scare off any burglar. But the next night, a burglar came again, and the dog slept right through and did not notice anything. The homeowner was furious. He took the dog back to the pet shop and said,

“I want to return this dog. It is no use. It slept right through while my house was burglarized.”

The homeowner brought back both dogs, and indeed, his house was never burglarized again. The big dog is like the government: it has a lot of resources, but it does not pay much attention to people’s problems. The small dog is like the activists, the NGOs, civil society and the media: they don’t have as much resources, but they are aware of people’s needs and can raise their voices to mobilize the government to help solve the people’s problems. We need both. 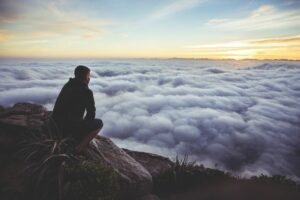 Anticopyright: Editorials and articles originated on TMS may be freely reprinted, disseminated, translated and used as background material, provided an acknowledgement and link to the source, TMS: A Big and a Small Dog, is included. Thank you.