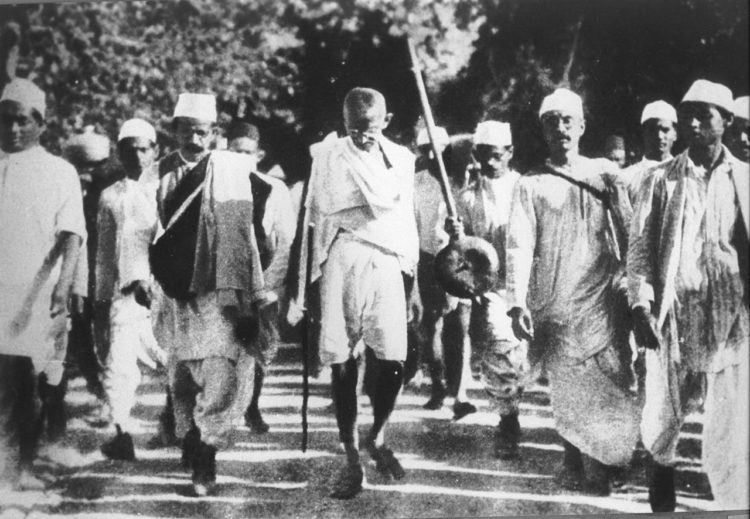 Gandhi’s Salt or Dandi March heading to the sea.

People seek truth, nonviolence and justice
One person imbibing these qualities was Gandhi
A person born in a small Gujarati village
Became a symbol of these values world over

Why   salt— because the British Empire in India imposed a tax
The journey started on 12 March 1930, reaching Dandi on 6 April
Gandhi and his fellow marchers tried to pick salt from the ocean
What they picked were baton blows by the British police

Peaceful demonstrations or   Satyagraha  in Dandi
For independence and justice in countries of Asia, Africa
Struggles that produced Ho Chi Minh  and  Nelson Mandela
Martin Luther King Jr  in America, all inspired by Gandhi 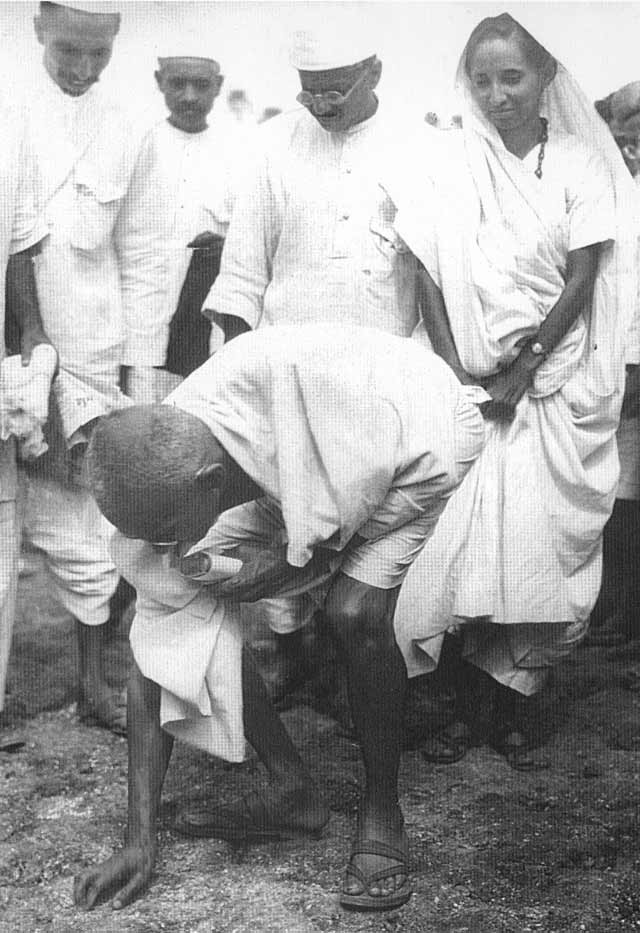 Gandhi picking up grains of salt at the end of his march. Wikipedia.org

The Salt March, also known as the Salt Satyagraha, Dandi March and the Dandi Satyagraha, was an act of nonviolent civil disobedience in colonial India led by Mahatma Gandhi. The twenty four-day march lasted from 12 Mar to 6 Apr 1930 as a direct action campaign. Gandhi set out from his ashram near Ahmedabad with several dozen followers on a trek of some 240 miles to the coastal town of Dandi on the Arabian Sea. (Wikipedia)

Anticopyright: Editorials and articles originated on TMS may be freely reprinted, disseminated, translated and used as background material, provided an acknowledgement and link to the source, TMS: Dandi March, is included. Thank you.