21 Apr 2021 – Zarni argues that contrary to the view of western journalists and Burma experts, which promotes the empirically false conception of the Tatmadaw as “the glue” that keeps the country’s ethnic groups together, the Tatmadaw has been the single most divisive and destabilising institution in the diverse ethnic nations that formed a voluntary Union of Burma in the last days of the British rule post-WWII. 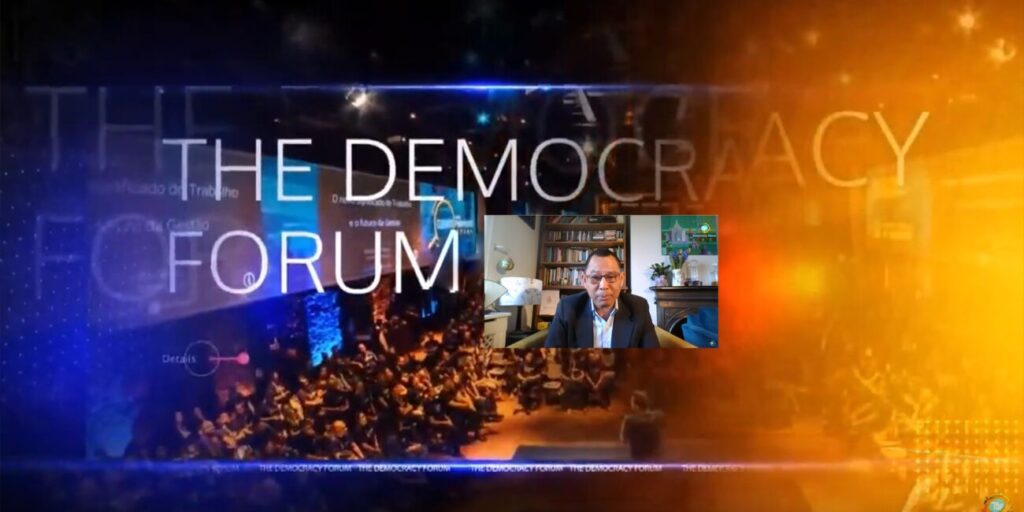 On 20 April, Dr Maung Zarni joined the 2-hour expert-discussion on Myanmar’s troubling situation since the February 1, 2021 coup against the democratically elected government of National League for Democracy.

Better known as a human rights activist, Maung Zarni’s research has focused on his country’s military affairs over the last 30 years. His presentation at the Democracy Forum – broadcast live on YouTube – focused on the institutional history with Fascist DNA and its short-lived attempts at professionalisation of the military by the martyred founder General Aung San and his successor General Smith Dunn, an ethnic Karen trained at the British Royal Military Academy at Sandhurst, Surrey. He pointed out that the institutional character of the Tatmadaw as government military, and the mindset of the officer corp were single-handedly moulded by the late general Ne Win, the dictator who was trained in Tokyo’s Kempeitai Training Academy, which was dismantled in 1945, following Japan’s unconditional surrender.

Ne Win led the Tatmadaw from February 1949 till his official resignation as head of state of Burma in July 1988. Of the Fascist military units of WWII Japan’s imperial military, the Kempeitai were a cross between Nazi SS and Gestapo, and were principally responsible for the Rape of Nanking, “Comfort Corps” (where thousands of Korean women were organized as sexual slaves for Japanese troops across Asia) and other mass-atrocities such as forced labour throughout the Fascist-occupied Southeast Asia.

Maung Zarni highlighted the 5 deeply disturbing features of the Tatmadaw:

Zarni argues that contrary to the state-centred view of western journalists and Burma experts, which has for decades promoted that empirically false view of the Tatmadaw as “the glue” that keeps the country’s myriad and restive ethnic groups together, the Tatmadaw has been the single most divisive and destabilising institution in diverse ethnic nations who formed a voluntary Union of Burma in the last days of the British rule post-WWII.The FORSEA co-founder offered two pieces of evidence – namely, first, a radical shift in popular consciousness that now views the national armed forces like a Fascist occupier with terroristic behaviour towards virtually all communities throughout the country and second, the emergence of a recognizably inclusive, tolerant society at large, across ethnic, racial, religious and class lines.

He pointed out that the public now embrace Rohingya genocide victims as part of the country, and have publicly issued apologies to Rohingyas and other national minorities who have borned the brunt of the Tatmadaw’s systematic and sustained repression over the last 70-years.He finally contended that the reconciliation between this terroristic Tatmadaw and the society at large is inconceivable. The multi-ethnic society has ostracized anything Tatmadaw and is demanding the establishment of the multi-ethnic Federal Army befitting a Federal Democratic system.

‘Myanmar coup: A blow to democracy’ – The Full Programme: