The Rights of Nature movement offers a solution. 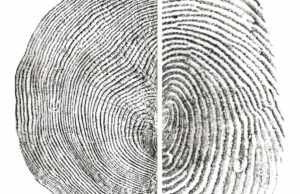 Spring 2021 – As the world faces growing ecological uncertainty, more of us face life-or-death scenarios every day. How do we live together, on this planet, in a way that is good for all? This is a question that has driven our work as storytellers for the past six years and inspired our coverage of the Rights of Nature movement.

Our latest effort to document this movement’s role in the collective battle for survival is our film called Invisible Hand. In it, we show people fighting to protect their corners of the planet from corporate greed, environmental ruin, and their own governments in a showdown between capitalism and democracy.

We come to this work as water defenders, after a dozen-plus years of watching corporations poison communities in pursuit of fracked oil and gas without accountability. Our mission is to tell the stories of those who are ignored or harmed by the engines of our society and to unveil the systemic injustices that make that harm possible.

In the film, Degawëno:da’s of Wolf Clan (Seneca), part of the Haudenosaunee alliance, recounts a lesson from the prophecy of the Peacemaker: “We had to love, honor, and have respect for ourselves, for others, for all of creation,” he told us while filming on the Allegheny River, or Ohi:yo’. “That’s how we are to remain in balance.”

The concepts of respect, honor, and love seem simple enough, so why is it so hard to live in harmony with Nature? 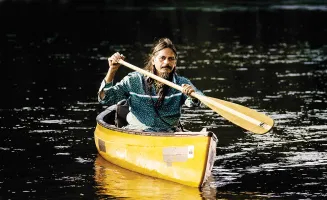 Corporations Are People.  Nature Is Property.

Most people think environmental laws protect the environment, when in fact they legalize pollution. Under current environmental laws, corporations get permits to dump pollutants into water, allegedly in a regulated manner that prevents permanent damage. But if that were true, there’d be no such thing as “Cancer Alley” or “America’s most polluted river” in the year 2021.

Let’s say your community decides there should be no more water pollution, especially in neighborhoods that have been disproportionately burdened by industrial contamination for decades. It is illegal, under the current system of law, for your community to tell a corporation to stop polluting. In the United States and many other countries, corporations have rights comparable to people, and when a government issues a permit for a corporation to release X amount of pollution, residents are not allowed to infringe on that corporate right to pollute.

Just ask the city of Toledo, Ohio, where citizens voted in 2019 to protect their drinking water by granting Lake Erie the right to exist, thrive, and flourish, making pollution of the lake illegal. A corporation, Drewes Farm, sued the city and won when a federal court struck down the local law, citing the corporation’s constitutional rights. Under the 14th Amendment of the U.S. Constitution, corporations can sue anyone who deprives them of “life, liberty, or property”—rights that Nature does not share.

Or ask the small, rural community of Grant Township, Pennsylvania, where groundwater is the only source of drinking water. After state and federal authorities ignored community leaders’ pleas for protection and issued permits allowing a corporation to inject radioactive fracking waste underground, Grant Township democratically voted to ban the injection of industrial waste. Later, the Commonwealth of Pennsylvania sued Grant Township, asserting its preemptive authority over the municipality in order to block the local law. But the town of approximately 700 people fights on. So far, there has been no waste injection in Grant, regulators have revoked the corporation’s permit, and the corporation has been forced to take the local law back to court.

The Grant Township and Toledo stories, which we feature in Invisible Hand, are two of many in the U.S. of people fighting their own government in order to protect their drinking water from pollution. Ever since the European colonization of what is now the U.S., Indigenous communities have also had to fight to protect water, land, relatives, and ancestors from invaders. Their efforts were the first to be deemed “illegitimate” under the laws of colonizers.

The fundamental laws in the U.S., and indeed most countries, ignore the laws of Nature and reduce the living, breathing entity into “property,” a mere possession of the privileged. And as long as the law remains this way, the best laid ecological plans are always under threat of being undermined by a corporation that wants to pump its poison emissions or toxic waste into the middle of your unwilling Eden.

But “if a corporation can have constitutional rights, why not an ecosystem?” asked Grant Township Supervisor Stacy Long when we interviewed her for Invisible Hand. The question is simple enough. The answer, we discovered, is pretty simple, too: If Nature had constitutional rights, the capitalist system that underpins our society could not exist.

The Rights of Nature

The Rights of Nature movement is changing the foundation of Western law to recognize Nature as an entity deserving of recognition and rights—not for what she does for us, but by virtue of the fact that she exists. Such a fundamental shift automatically calls everything in modern society into question, especially economics, by placing Nature at the center of our decision-making processes.

Honoring Nature as a living entity in our social contracts and systems may feel, to some, like too big a change to be practical. The Rights of Nature are not universally accepted as law—yet. But for a very long time, neither was voting by women or freedom for the enslaved.

It took the people to force those laws to change, too.

Unfortunately, time is running out. The unnatural, human-driven rate of species extinction is accelerating dramatically. International climate scientists warn that the climate is changing faster than expected, and we have less than 10 years to curb it. It may be too late to wait for the systemic change required of our legal system in order to protect us from ourselves.

So how do we create such time-consuming change when there’s so little time left?

That’s the question many audience members asked at our world premiere of Invisible Hand. In response, we shared wisdom from Hopi elders that continues to inspire our work: “You have been telling people that this is the Eleventh Hour, now you must go back and tell the people that this is the Hour. … Do not look outside yourself for your leader. … Gather yourselves! Banish the word ‘struggle’ from your attitude and your vocabulary. All that we do now must be done in a sacred manner and in celebration. We are the ones we’ve been waiting for.”

For us, that means dedicating our energy and resources to the protection of water, because that’s the fight we face in our own communities. It also means confronting how our ways of life support the systems of oppression, colonization, and injustice that prevent us from living in harmony with Nature and each other. It means asking what must be done, not just what we can do.

Doing what we must means accepting that what’s necessary may also be illegal—and doing it anyway. Whether it’s passing laws granting rights to Nature, dismantling the cornerstones of capitalism, returning stolen land, or putting bodies in front of bulldozers—whatever we are capable of doing, we must do it now. Remember: We are the ones we’ve been waiting for.

Read also: What Does an Ecological Civilization Look Like? By Jeremy Lent

Mark Ruffalo is an Emmy Award-winning actor and the executive producer and narrator of Invisible Hand.