12 Apr 2021 – Ramsey Clark was a great man, and it was my privilege to work with him closely on several occasions. His death is a time to mourn, but it is also a time to remember who he was and why his life mattered in profound ways to so many people.

I first met Ramsey under somewhat unusual circumstances. It was not long after the ending of the infamous Chicago 8 trial of 1969 that prompted Ramsey’s withdrawal from government, and it was just prior to the Harrisburg Kissinger Kidnapping Trial of Philip Berrigan, Elizabeth McAlister, Eqbal Ahmed, and several other for a fanciful alleged plot to kidnap Henry Kissinger while he was Secretary of State, at attractive phantasy but never planned beyond the musings of anti-war imaginaries. There were concerns about the future wellbeing of these idealistic defendants. because Harrisburg was deemed a conservative site for such a trial and that attempted kidnapping might produce lengthy prison sentences. With these considerations in mind, these defendants believed that it would be inflammatory to have the defense team led by a theatrical celebrity lawyer like William Kunstler who was seen as likely taunting and probably antagonizing judge, jury, and community. It was feared by friends of the defendants that such tensions could lead to a harsher sentence, however outlandish the charges. 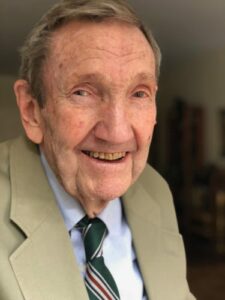 The three best known defendants were my close friends, and I was asked to go meet Ramsey in Washington and see if he might be willing to represent the Berrigan/McAlister defense, which was delicate, as Bill Kunstler was their longtime devoted lawyer, friend, and devoted comrade. Ramsey was still in his Washington office shortly after leaving the government as its Attorney General, accompanied by gossip that LBJ hoped that Ramsey would become the next Texan to become a U.S. President. I was somewhat nervous about such a mission and intimidated by the prospect of meeting on my own about an ultra-sensitive issue with this high profile former government official who had this recent change of heart with respect to the Vietnam War.

My anxieties were misplaced. I arrived on time, and was immediately ushered into Ramsey’s office, directed to a comfortable seat while he finished a phone call. As soon as I sat down, Ramsey tossed me a box of triscuits that had been on his desk, and fortunately I caught it or else legal history might have turned out differently. But what was disclosed by this trope was Ramsey’s unpretentious, casual, folksy, humble, and unassuming manner, which was a bit disconcerting as it was combined with a laser sharp mind and a character that could stand his ground as firmly as the most prized Texas Longhorn steer. When Ramsey’s phone call ended we talked without formality, as if friendly cousins who had much in common and had not seen each other recently. Our conversation ended with Ramsey agreeing to visit Philip Berrigan in a Danbury, Connecticut jail where he was serving time for prior acts of civil disobedience. Ramsey went on to represent and befriend the famed Berrigan brothers, at first only Philip at Harrisburg, bonded with them and the others on the legal team, and staked his claim, never to be relinquished, as America’s once mainstream nationally prominent civil servant, who became in the years after his heralded departure from government a renegade to those who identified with the establishment and a legendary hero to those of us who thirsted for progressive change.

For me, Ramsey was a great man because of two extraordinary qualities:

As might be obvious as I survived to recall the incident, our guides from Tehran finally managed to convince the mullahs that we were not CIA operatives or off-duty American soldiers, but had come to Iran at this time at the personal invitation of Mehdi Bazargan so as to understand that a popular revolution was underway, which was revolutionary determined to transform the country but hoped it could avoid a feared U.S. intervention of the kind that had displaced the democratically elected Mohamed Mossadeq in 1953. With the switch in crowd mood from hostile to hospitable, Ramsey was fully at ease, while it took me time to quell my anxieties of a few minutes earlier when I was sure that I was on the verge of experiencing a bloody ending of my life. As it happened, we had meetings back in Tehran, declining offers of dinner by our former tormentors, and left in peace with the blessings of those whose chants had called for our death a short while ago.

–Ramsey had a third quality, which for most of us would have been sufficient to make most of us feel fulfilled in life, but for him merely added luster to those virtuous qualities that I believe he would have most wanted to be remembered for—principle above all else and fearlessness. As I was earning bread and board as a salaried intellectual, Ramsey’s third special quality aalone aroused my envy, knowing that the first two were beyond my reach. Ramsey possessed a prodigious storehouse of quotations from Rousseau, Jefferson, Locke, Oliver Wendell Holmes, FDR, JFK, Churchill, Martin Luther King, Jr., and many others that he inserted effortlessly into his many extemporaneous talks during our times together, conveying the impression that he had internalized the wisdom of the ages. In addition, he was able to recall and distinguish what we were told by the numerous political and religious figures whom we had met day after day, reciting sentences verbatim, without ever taking a single note. I felt my mental inferiority, struggling to take down as much as I could from this fascinating array of individuals who met with us during those ten historic days in Iran during which the Shah left his throne forever, allowing the revolutionary movement to celebrate its extraordinary victory. All the while our modest mission dealt with a daunting schedule from dawn until the moon was high in the sky, and Ramsey gladly missed sleep rather than cancel even one of our scheduled meetings.

During this exhausting trip, climaxing with a long meeting with Ayatollah Khomeini in Paris, just prior to his return to Iran after 17 years spent in exile, we all learned a great deal, grateful for this exposure to the live tissue of revolution. I am tempted to set down as part of this concluding conversation with this future leader of Iran in the form of recalling this mysterious personage who was to dominate the political stage in his country for the rest of his life, but I will refrain. I did try to recall and appraise in my political memoir, Public Intellectual: The Life of a Citizen Pilgrim that published weeks ago, which devotes a long chapter to this Iranian visit, with Ramsey figuring larger than life in many of its aspects.

Having praised Ramsey, I want to acknowledge some minor reservations that caused some friction during this Iran experience, and an earlier one in the less fraught, yet still tense, circumstances of the Tunisian struggle for democracy in the face of dictatorial rule. We had been invited to the country to speak at a human rights conference in the capital city of Tunis, convened by the leading opposition figures. The public event was cancelled by government edict, and we tried our best to perform in private venues according to the wishes of our brave, unintimidated hosts. Ramsey was as in Iran a tower of strength, an eloquent voice for freedom, democracy, decency who avowed his solidarity with those in opposition who, unlike the revolutionaries in Iran, resembled American liberals, invoking John F. Kennedy as their model of governance.

My reservations may be linked in various ways to Ramsey’s virtues. I was at times embarrassed by his ‘lectures’ to eminent Iranian religious and political leaders in which he basically urged them to follow the path of American constitutionalism. Although he was all for their revolutionary struggle, he felt its outcome could be best realized by following the American lead. Our hosts were invariably polite, partly sensing the importance of winning the valuable support of such a high profile visitor who opposed in Iran what Washington was hoping for, but I also noticed that they were bored and despite their best efforts, inattentive, staring out the window, playing with a pen or pencil but refraining from taking notes. I believed then and still do, that these Iranians didn’t appreciate being instructed even by Ramsey about what was best for the future of their country, a place with a long history and deep distinctive cultural characteristics. In my view, even Ramsey didn’t understand that we lacked credibility to Instruct Iranians about how to construct their post-Shah future.

I was also bothered by Ramsey’s tendency to dominate these meetings, and our contacts with the media. I felt that I had some things worth saying as did our third companion, Phil Luce, a notable anti-war activist with a religious vocation, combining social shyness with political brashness. We both felt somewhat frustrated by this unintentional marginalization. I overcame my own deference to Ramsey to raise our concern somewhat timidly. He responded that he understood, but claimed that he was helpless, that the persons we encountered and the media were primarily interested in him because of his background. This was a large part of the story, but not the whole of it. Ramsey could have made space for us, but the more I observed him, the more I realized that he flourished in the limelight, and sought it. Putting all this in perspective, on reflection it is more impressive that someone so ambitious in a context that was within his comfort zone, could toss ambition aside when it encroached upon his principles of justice and truth. I learned so much more from Ramsey about being-in-the-world that perhaps I should have suppressed these petty reservations. These criticisms are do not dilute my admiration for the man and his life, although maybe these qualities might have limited the depth of our friendship to some degree.

One final thought. When I first knew Ramsey he was a different person in the presence of Georgia, his life partner, who brought him joy and loving companionship, as well as lightened his manner. Without Georgia, Ramsey was a different person, austere and totally serious even when off camera. I never had the feeling that Ramsey on his own was capable of self-indulgence—reading trashy novels or watching entertaining movies, following sports, playing games, and being silly. Maybe he exposed his less puritanical sides to others who were more intimate. The bottom line is that Ramsey Clark, in my book, was an American hero who coveted virtue more than power or profits, and more than most lived his truths to the fullest.