President Biden announced a removal of all U.S. troops by September 11, but he failed to include some important details. 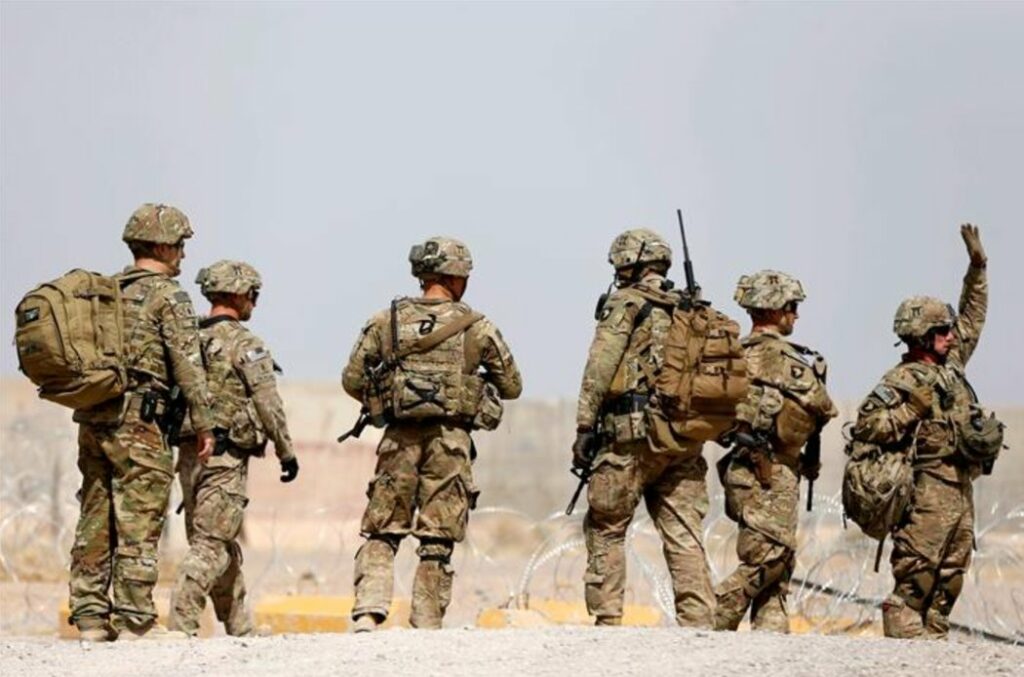 U.S. troops in Afghanistan – The Progressive

15 Apr 2021 – An Afghan taxi-driver in Vancouver told one of us a decade ago that this day would come. “We defeated the Persian Empire in the eighteenth century, the British in the nineteenth, the Soviets in the twentieth. Now, with NATO, we’re fighting twenty-eight countries, but we’ll defeat them, too,” said the taxi-driver, surely not a member of the Taliban, but quietly proud of his country’s empire-killing credentials.

While Biden is being pilloried by some for pulling out too soon, the truth is that he is violating a May 1 deadline for U.S. troop withdrawal that was painstakingly negotiated under the Trump Administration.

Now, after nearly twenty years of a war that has been as bloody and futile as all those previous invasions and occupations, the last 3,500 U.S. troops and their NATO brothers-in-arms will be coming home from Afghanistan.

President Joe Biden tried to spin this as the United States leaving because it has achieved its objectives, bringing the terrorists responsible for 9/11 to justice and ensuring that Afghanistan would not be used as a base for a future attack on the United States. “We achieved those objectives,” Biden said. “Bin Laden is dead and Al Qaeda is degraded. It’s time to end the forever war.”

What Biden did not admit is that the United States and its allies, with all their money and firepower, were unable to vanquish the Taliban, who currently control about half of Afghanistan and are positioned to control even more in the coming months without a ceasefire. Nor did Biden admit that, in two decades, the United States and its allies have been unable to build up a stable, democratic, popular government or a competent military in the country.

Like the U.S.S.R., the U.S. is leaving in defeat, having squandered the lives of countless Afghans, 2,488 U.S. troops and personnel, and trillions of dollars.

A U.S. withdrawal—especially one not based on conditions on the ground—is, nevertheless, a bold move for Biden. He is going against the advice of the U.S. intelligence community and top Pentagon officials, including the head of the U.S.-Afghan Forces and the Chair of the Joint Chiefs of Staff.

Biden is also coming under attack from Republicans and Democrats in Congress. Senator Mitch McConnell artfully slammed Biden’s decision, accusing him of helping U.S. enemies “ring in the anniversary of the 9/11 attacks by gift-wrapping the country and handing it right back to them.” Democratic Senator Jeanne Shaheen, a member of the Foreign Relations Committee, said the withdrawal “undermines our commitment to the Afghan people, particularly Afghan women.”

But while Biden is being pilloried by some for pulling out too soon, the truth is that he is violating a May 1 deadline for U.S. troop withdrawal that was painstakingly negotiated under the Trump Administration.

Ironically, Biden acknowledged in his speech on Wednesday that the withdrawal agreement the United States signed with the Taliban in February 2020 was a solemn commitment, but then he said U.S. forces would begin their withdrawal on May 1 and complete it by September 11, which is not what was agreed to.

After it was clear that the United States was going to break the May 1 withdrawal agreement, Mohammad Naeem, the Taliban spokesperson in Qatar, issued a statement that the Taliban would now not take part in the ten days of U.N.-led peace talks scheduled to begin in Istanbul on April 24, nor would it take part in any further peace negotiations until the last foreign soldiers leave Afghanistan.

This is a reversion to the Taliban’s long-standing position that it would not negotiate with a government backed by foreign occupation forces.

U.S. envoy Zalmay Khalilzad spent years of his life negotiating with the Taliban to arrive at the 2020 withdrawal agreement. Secretary Blinken took a potentially historic step back from U.S. unilateralism when he invited the United Nations to lead a new Afghan peace process. And Russian Foreign Secretary Sergei Lavrov set the stage for a ceasefire and a peaceful transition of power by bringing the two Afghan warring parties together in Moscow in March, where they agreed to keep talking.

By reneging on the May 1 deadline, President Biden has squandered much of the hard-won goodwill and trust that was painstakingly built up through these diplomatic efforts. It was not impossible to meet the May 1 deadline. The Trump Administration was steadily withdrawing troops, Biden’s transition began in November, and he’s been President since late January.

It is also unclear whether the United States will continue the war by providing airpower for the Afghan military and carrying out covert operations. Throughout these two decades, the United States has dropped more than 80,000 bombs on Afghanistan and waged a secret war with special forces, CIA operatives, mercenaries, and paramilitary units. Ending U.S. airstrikes and covert operations is as vital to peace as withdrawing U.S. troops.

It’s true that a U.S. withdrawal may lead to setbacks in the gains made by Afghan women and girls. But those gains have been mainly in the capital city of Kabul. Two thirds of girls in Afghanistan still receive no primary education, and Afghan women will never achieve significant advances while their country remains at war.

The United States and NATO military presence has made an end to violence impossible for twenty years, as the Taliban have long made clear that they will keep fighting as long as their country is under foreign occupation. And as long as the U.S. continues to prop up a weak, corrupt government in Kabul, instability and political fragmentation is inevitable.

Ending the fighting and investing a small fraction of U.S. war spending in education and health care would do far more to improve the lives of Afghan women and girls.

The United Nations, even with the full support and cooperation of the United States, will have its work cut out to convince the Taliban to rejoin talks. If the U.N. fails to negotiate a lasting ceasefire before the occupation forces withdraw, the U.S. and its NATO allies will be leaving a country still at war with the Taliban, the Afghan government, and various warlords vying for power.

We must hope that, in the coming months, the U.N. will find a way to bring the warring parties in Afghanistan together and craft a ceasefire and a workable peace process based on power sharing. After so many decades of war and intense suffering, much of it perpetrated by the United States and its allies, the Afghan people desperately need—and deserve—an end to this war.