‘We Have to Act’: Atmospheric CO2 Passes 420 PPM for First Time Ever in Recorded History

Carbon dioxide isn’t the only greenhouse gas scientists are concerned about. Emissions of methane and sulfur hexafluoride have also spiked to “worrying levels.” 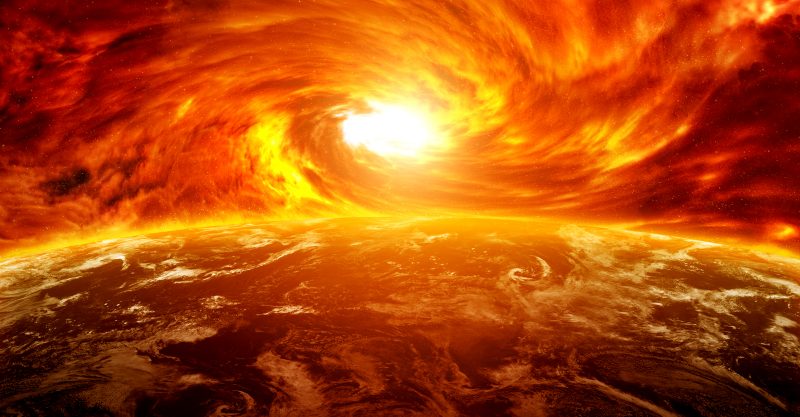 6 Apr 2021 – The concentration of atmospheric carbon dioxide surged past 420 parts per million for the first time in recorded history this past weekend, according to a measurement taken at the Mauna Loa Observatory on the Big Island of Hawaii.

When the National Oceanic and Atmospheric Administration (NOAA) research station “began collecting CO2 measurements in the late 1950s, atmospheric CO2 concentration sat at around 315 PPM,” the Washington Post reported. “On Saturday, the daily average was pegged at 421.21 PPM—the first time in human history that number has been so high.”

Climate activist Greta Thunberg took notice of NOAA’s most recent data on CO2 levels. She described the first-ever documented eclipse of 420 PPM of CO2 in Earth’s atmosphere as “truly groundbreaking.”

Exceeding 420 PPM of the heat-trapping gas “is a disconcerting milestone in the human-induced warming of the planet, around the halfway point on our path toward doubling preindustrial CO2 levels,” the Post noted, adding:

There is special significance in reaching and surpassing a concentration of 416 PPM. It means we’ve passed the midpoint between preindustrial CO2 levels, around 278 PPM, and a doubling of that figure, or 556 PPM.

The record of 421 PPM reached Saturday is just a single point and occurred as CO2 levels are nearing their yearly peak. But the levels over the past two months, of more than 417 PPM, signal that the annual average concentration is likely to exceed 416 PPM. 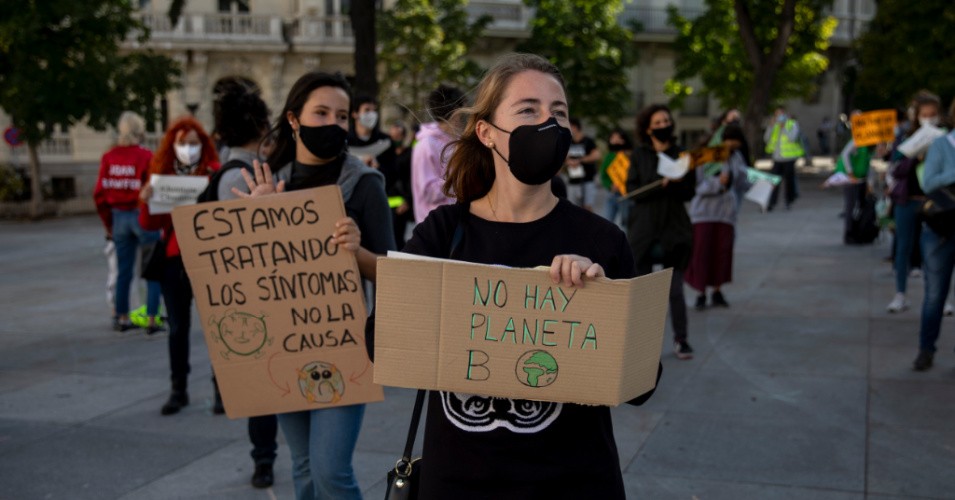 Activists hold signs reading “We Are Treating the Symptoms, Not the Cause” and “There Is No Planet B” during a climate justice demonstration outside the Spanish Parliament on September 25, 2020 in Madrid.
(Photo: Pablo Blazquez Dominguez via Getty Images)

While the growing concentration of atmospheric CO2—which increases the global average temperature and the number and severity of extreme weather events—is a long-term trend that corresponds with the rise of fossil fuel-powered capitalism, it has accelerated particularly rapidly since the 1970s.

CO2 concentration at the Mauna Loa Observatory reached a daily record of 421.21 Parts Per Million (PPM) on April 3. This is the first time in the recent measured record that PPM has topped 420 PPM. This map shows peak PPM values per year dating to the 1970s. Notice a trend? pic.twitter.com/K0Ioksncfb

The doubling of atmospheric CO2 is expected to increase Earth’s temperature by 2.6 to 4.1ºC above preindustrial averages, a level of planetary heating that would “rul[e] out more modest warming scenarios,” as the Post noted.

“Even if greenhouse gas (GHG) emissions were to plummet overnight, the planet would continue warming for years to come,” the Post added. That’s because, as Zeke Hausfather, a climate scientist at the Breakthrough Institute in California, told the newspaper: “The amount of warming that the world is experiencing is a result of all of our emissions since the industrial revolution—not just our emissions in the last year.”

As the Post reported, CO2 isn’t the only GHG with “worrying trends.” Emissions of methane and sulfur hexafluoride have spiked, too.

Although methane doesn’t remain in the atmosphere as long as CO2, it absorbs heat much more effectively, which means that it greatly exacerbates the climate crisis. According to the Environmental Defense Fund, methane is 84 times more potent than CO2 in the first two decades after its release.

Here’s the Post on sulfur hexafluoride, a GHG that “results from the production of insulators used on electrical grids [and] also reached all-time records of 10 parts per trillion”:

While its concentration remains orders of magnitude more dilute than that of most other major greenhouse gases, its rate of increase in the atmosphere has doubled since 2003.

While the Paris climate agreement seeks to limit the rise in annual mean global temperature to 1.5°C above preindustrial averages by the end of the 21st century, the World Meteorological Organization warned last year that there is a 20% chance the world will hit or surpass that level of warming in at least one year by 2024.

“The science is clear,” United Nations Secretary-General António Guterres said in December. “Unless the world cuts fossil fuel production by 6% every year between now and 2030, things will get worse. Much worse.”

As forest ecologist Giorgio Matteucci tweeted Monday, “We have to act!”