Why Ukraine’s Borders Are Back at the Center of Geopolitics

6 Apr 2021 – On March 11, Ukraine’s Foreign Minister Dmytro Kuleba wrote on Twitter that his government has “approved the Strategy for Deoccupation & Reintegration of Crimea.” What he referred to is a new strategy driven by Ukraine’s President Volodymyr Zelensky to retake Crimea—including the Black Sea port of Sevastopol. Ukraine’s National Security and Defense Council passed Decree no. 117/2021 on March 24 that laid out the government’s decision to contest Russia’s control over Crimea. On Twitter, President Zelensky used the hashtag #CrimeaIsUkraine to send a clear signal that he is prepared to escalate conflict with Russia over Crimea. The Ukrainian government set up a Crimean Platform Initiative to coordinate strategy alongside the United States and the North Atlantic Treaty Organization (NATO) to pressure Russia over both Crimea and the conflict in the Donbass region of eastern Ukraine.

Zelensky, an actor, was thrust into politics when he played the role of Ukraine’s president in a television show called “Servant of the People.” Fiction became reality when his television show became a political party, which ran on a decidedly vague platform to bring decency back to politics. He won the presidency in 2019 with 73 percent of the vote. There was a general sense that Zelensky’s blank slate, and advocacy for Russian actors in Ukraine, would translate into a peace process for eastern Ukraine and with Russia. Instead, Zelensky—egged on by his NATO allies—has become far more aggressive against Russia than his predecessor Petro Poroshenko.

In March 2014, after Russian troops entered Crimea, the population voted to join Russia; eight days later, the United Nations General Assembly passed a resolution asking Russian troops to withdraw. The stalemate set up by the vote in Crimea and the UN resolution persists. 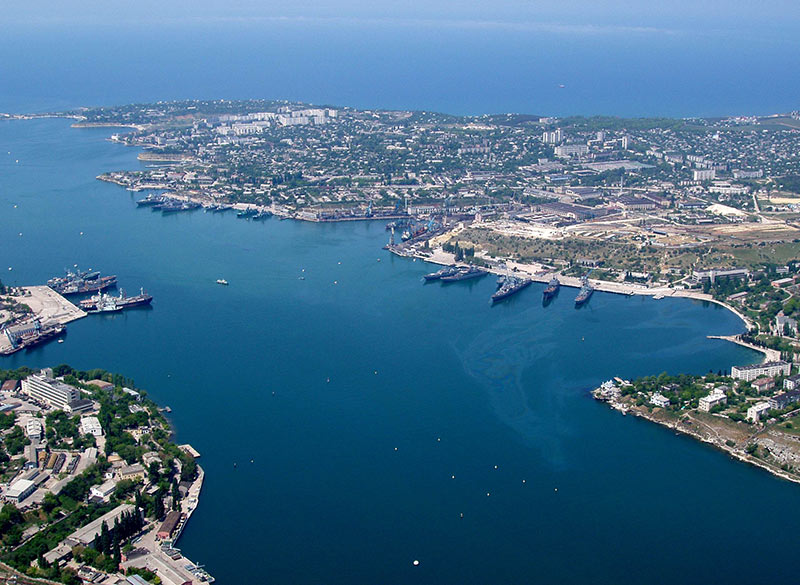 Current tensions should not masquerade as ancient animosities. This is the case with the relationship between Ukraine and Russia. For seven decades, both countries were part of the USSR, and for over a decade after 1991, relations between the two countries remained cordial. On February 9, 1990, U.S. Secretary of State James Baker told the last leader of the USSR Mikhail Gorbachev that NATO would not move “one inch to the east” from the Oder-Neisse line that divides Germany from Poland. “NATO expansion is unacceptable,” Gorbachev told Baker. Baker agreed: “Not an inch of NATO’s present military jurisdiction will spread in an eastern direction.” In a letter to the German chancellor Helmut Kohl the next day, Baker recounted this conversation, emphasizing the “extension of the zone of NATO would be unacceptable.” “By implication,” Baker wrote, “NATO in its current zone might be acceptable.”

The Western powers broke their commitment immediately. In 1999, the Czech Republic, Hungary and Poland joined NATO, while in 2004, the alliance drew in Bulgaria, Estonia, Latvia, Lithuania, Romania, Slovakia and Slovenia. A line of states that comprise Ukraine, Belarus and Moldova—all of which border Russia—remain outside NATO. In 2002, the NATO-Ukraine Action Plan opened up a framework for Ukraine’s possible entry into NATO. This process has raised serious questions not only about the eastward expansion of NATO, but also—more significantly—about the deeper cultural relationship that Ukraine has had with Russia to its east and with Europe to its west; in what direction should Ukraine orient itself (a fifth of the Ukrainian population is Russian speaking, with the largest numbers in Ukraine’s urban areas and in the Donbass region)?

NATO has aggressively courted Ukraine and Belarus, with NATO’s various plans deeply focused on putting pressure on Russia. The most recent “NATO 2030” report highlights its strategic focus around Russia, which is seen as “destabilizing” and “provocative.” In the interest of putting pressure on Russia at its border with Ukraine, the NATO-Ukraine Commission met throughout 2020 to advance the NATO-Ukraine Distinctive Partnership (set up in 1997). In June 2020, NATO recognized Ukraine as an Enhanced Opportunities Partner, the closest form to full NATO membership. Ukraine’s armed forces, now substantially trained with NATO, joined NATO forces for three major military exercises last year (Saber Junction, Sea Breeze and Combined Resolve).

At a meeting of NATO Foreign Ministers on March 24, NATO Secretary General Jens Stoltenberg said, “Russia has increased its pattern of repressive behavior at home and aggressive behavior abroad.” To this end, NATO’s approach to Russia will be, Stoltenberg said, “deterrence and defense,” with an “openness to dialogue.” Dialogue seems to have been downgraded between the Western alliance and Russia, with a green light to Ukraine to make provocative statements and actions.

Beneath the tension lies Europe’s appetite for energy. As a result of U.S. actions over the past two decades, Europe lost three major sources of energy: Iran, Libya, and Russia. Because Ukraine has become a hotspot, Russian energy investors—mainly the state energy firm Gazprom—moved to build a pipeline under the Baltic Sea to connect Russian oil fields with Germany. The two pipeline projects (Nord Stream and Nord Stream 2) began in 2011-12, before the outbreak of hostilities in eastern Ukraine and before Russia formally took Crimea (both in 2014).

Germany welcomed the pipelines, since these would resume gas delivery to Europe on a regular basis. U.S. President Joe Biden’s administration has sharpened the attack on Nord Stream 2; Biden’s Secretary of State Antony Blinken warned “that any entity involved in the Nord Stream 2 pipeline risks U.S. sanctions and should immediately abandon work on the pipeline.” Poland’s anti-monopoly regulator—UOKiK—has fined Polish subcontractors to the tune of about $7.6 billion for participation in the project. German Chancellor Angela Merkel’s close ally Peter Beyer, who is Germany’s coordinator for transatlantic affairs—called for a suspension of the pipeline.

Nord Stream 2’s Andrei Minin said that his project’s fleet have been targets of “regular provocations on the part of foreign civilian as well as military vessels.” This could only refer to the military exercises that NATO and its allies—including Ukraine—have conducted in the Baltic Sea; Minin directly pointed to Polish aircraft flying low over the project in Danish waters.

Nord Stream 2 is 95 percent complete and is projected to be ready to go by September 2021. Failure of the U.S. to properly return to the Iran deal and the continued crisis in Libya make Nord Stream 2 fundamental to Europe’s energy planning. But Nord Stream 2 is trapped in the attempt by NATO to isolate Russia.

No country is truly culturally homogenous. Ukraine has substantial populations with cultural roots in neighboring states. This applies mainly to the Russian-speaking population, which has close ties to Russia both culturally and politically. One in five Ukrainians speaks Russian, while about one in 10 Ukrainians identify with a range of cultural worlds that emerge from Belarus to Gagauz (a Turkish community from Budjak).

NATO’s pressure against Russia exacerbated and joined with extreme Ukrainian nationalists—including fascists such as the Azov Battalion—to drive an anti-Russian cultural and political movement in the country. Former Ukrainian President Petro Poroshenko, who benefited from Western backing, put forward a language law in 2017 that hampers the teaching of the minority languages in the country’s schools. The target for the law was to de-Russianize the population, but it had an impact on the country’s smaller minorities. For that reason, Bulgaria, Greece, Hungary and Romania filed complaints with the Council of Europe.

Hungary’s Foreign Minister Péter Szijjártó said on Facebook in late 2020 that his government would “stand up for Transcarpathian Hungarians in every international forum.” Ukraine, he said, “not a member of NATO, has launched an attack against a minority group originating from a NATO member country.” The contradictions of Ukraine-NATO’s anti-Russian agenda run afoul of other NATO members for reasons that were not calibrated carefully.

Firing across the Ukraine-Russia border has stepped up, egged on by Biden’s full-throated support of Zelensky’s newly found anti-Russian ambitions. A senior United Nations official at the Department of Political and Peacekeeping Affairs tells me that they want military forces to withdraw from the border. All the main platforms for negotiation—the Normandy Format and the Arria Formula meetings at the UN—are in a stalemate. “We need cool heads to prevail,” said the UN official. “Anything other than that could lead to a catastrophic war.”

Anticopyright: Editorials and articles originated on TMS may be freely reprinted, disseminated, translated and used as background material, provided an acknowledgement and link to the source, TMS: Why Ukraine’s Borders Are Back at the Center of Geopolitics, is included. Thank you.