“These billionaires are the human face of the huge profits many pharmaceutical corporations are making from the monopoly they hold on these vaccines.” 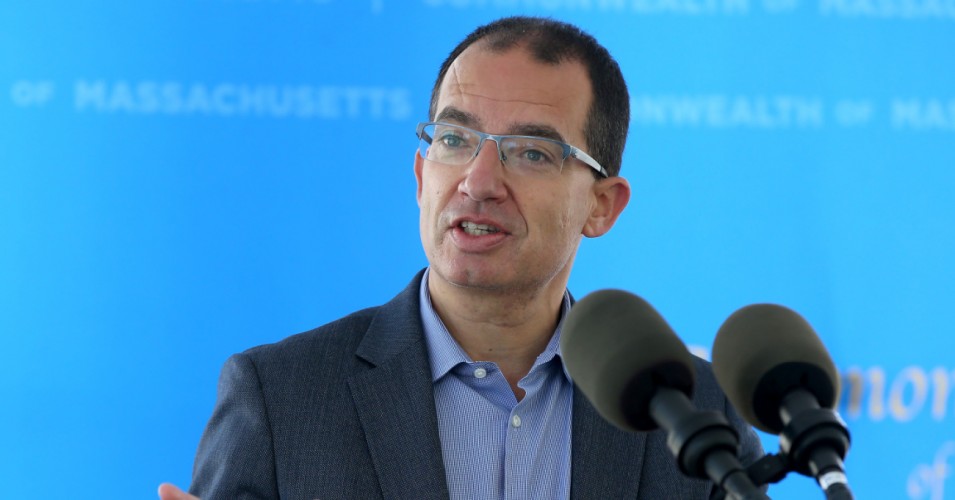 Stephane Bancel, CEO of Moderna, speaks to the media on May 12, 2021 in Norwood, Massachusetts.
(Photo: Nancy Lane/MediaNews Group/Boston Herald)

20 May 2021 – A new analysis out today shows that pharmaceutical companies’ immensely profitable monopoly control over coronavirus vaccines has produced nine new billionaires since the start of the Covid-19 pandemic, which continues to ravage developing nations left largely without access to the life-saving shots.

“It is a sad indictment of the loyalties of some current governments that a handful of people working for pharmaceutical companies have been allowed to become billionaires off the back of publicly-funded efforts to end the pandemic.”
—Heidi Chow, Global Justice Now

According to The People’s Vaccine Alliance—a global coalition of public health and humanitarian organizations—the nine newly minted billionaires have a combined net worth of $19.3 billion, “enough to fully vaccinate all people in low-income countries 1.3 times.”

“The highly effective vaccines we have are thanks to massive amounts of taxpayers’ money, so it can’t be fair that private individuals are cashing in while hundreds of millions face second and third waves completely unprotected,” said Heidi Chow, senior policy and campaigns manager at U.K.-based advocacy group Global Justice Now.

“It is a sad indictment of the loyalties of some current governments that a handful of people working for pharmaceutical companies have been allowed to become billionaires off the back of publicly-funded efforts to end the pandemic,” Chow added.

Below is a full list of the newly created billionaires, ordered by net worth:

On top of adding to the global billionaire total—which has grown by the hundreds since the pandemic began—pharmaceutical companies’ stranglehold on vaccine production has significantly boosted the wealth of existing billionaires whose portfolios include vaccine manufacturers.

The People’s Vaccine Alliance found that eight billionaires with “extensive” investments in coronavirus vaccine makers have “seen their combined wealth increase by $32.2 billion, enough to fully vaccinate everyone in India.”

“The pandemic has come at a terrible human cost, so it is obscene that profits continue to come before saving lives.”
—Winnie Byanyima, UNAIDS

The coalition’s analysis comes days after India reported more than 4,500 deaths from Covid-19 on Wednesday—the worst 24-hour death toll any country has recorded during the pandemic—as the nation struggles to ramp up its vaccination program amid major supply shortages.

Covid-19 also continues to spread in poor nations across Africa, South America, and the Middle East, where governments have had difficulty obtaining vaccines thanks to the hoarding of doses and key technology by rich countries and major pharmaceutical corporations.

“There is a huge disconnect growing, where in some countries with the highest vaccination rates, there appears to be a mindset that the pandemic is over, while others are experiencing huge waves of infection,” World Health Organization Director-General Tedros Adhanom Ghebreyesus warned during a press briefing Monday.

“The pandemic is a long way from over,” Tedros stressed, “and it will not be over anywhere until it’s over everywhere.”

Winnie Byanyima, executive director of UNAIDS, said in a statement Thursday that “while the companies making massive profits from Covid vaccines are refusing to share their science and technology with others in order to increase the global vaccine supply, the world continues to face the very real risk of mutations that could render the vaccines we have ineffective and put everyone at risk all over again.”

“The pandemic has come at a terrible human cost,” Byanyima added, “so it is obscene that profits continue to come before saving lives.”

Their total wealth could vaccinate *everyone* in the world’s poorest countries.@hidschow spoke to Newsday on @bbcworldservice pic.twitter.com/clHMkn9PLC

The new billionaire wealth analysis was released just ahead of a Global Health Summit on Thursday attended by G20 leaders, many of whom are stonewalling a World Trade Organization effort to waive vaccine patents and accelerate production worldwide.

The United Kingdom, Canada, Germany, and other wealthy nations have refused to join the U.S. and more than 100 other countries in supporting the temporary patent waiver, which proponents say is a necessary step to bring vaccine supply into line with global needs and end the devastating pandemic.

“What a testament to our collective failure to control this cruel disease that we quickly create new vaccine billionaires but totally fail to vaccinate the billions who desperately need to feel safe,” Anna Marriott, health policy manager at Oxfam International, said in a statement Thursday.

“These billionaires are the human face of the huge profits many pharmaceutical corporations are making from the monopoly they hold on these vaccines,” Marriott continued. “These vaccines were funded by public money and should be first and foremost a global public good, not a private profit opportunity. We need to urgently end these monopolies so that we can scale up vaccine production, drive down prices, and vaccinate the world.”