Animals often act as sentinels for what’s to come, said the authors of a new study on the “unprecedented” rate of cancer in California’s wild sea lions. 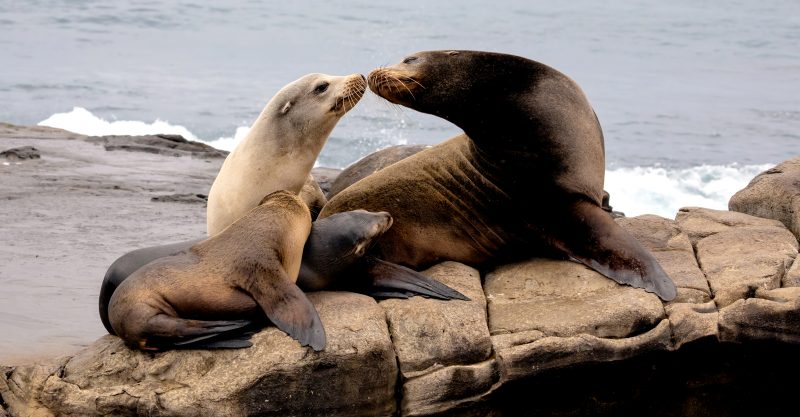 26 Apr 2021 – Animals often act as sentinels for what’s to come — the canaries in the coal mine for a number of potential environmental threats. The dubious sentiment tragically now applies to sea lions in California, which are being struck with cancer at an alarming rate.

About 250,000 California sea lions live along the west coast of North America. These long-lived marine mammals have a lifespan of 20 to 30 years, which gives time for environmental contaminants to accumulate in their bodies.

While cancer is generally rare in wild animals, 25% of California sea lions have cancer — one of the highest cancer prevalence in mammals, according to a team of researchers with the Marine Mammal Center in Sausalito, California. The study’s lead author, veterinarian Dr. Cara Field, called the finding “extremely alarming” and “unprecedented in wildlife.”

When examined post-mortem, it was found that 18% – 23% of the sea lions were primarily suffering from urogenital carcinoma (UGC), which has previously been associated with organochlorines such as PCBs and DDTs, and infection with OtHV-1.

After conducting post-mortem exams on 394 animals collected over a 20-year period, the risk of cancer was found to be 43.57 times higher in sea lions infected with OtHV-1, along with 1.48 times higher for every unit increase in contaminant concentrations in their blubber. Sadly, the sea lions live in an area that’s heavily polluted. Writing in Frontiers in Marine Science, the researchers explained:

“The central California coast and its food web are exposed to high levels of potentially carcinogenic persistent organochlorines following dumping of industrial waste DDTs (dichlorodiphenyltrichloroethanes) in the 1960s and urbanization and industrialization of the coast increasing run-off of newer chemical contaminants.”

The featured study suggests exposure to OtHV1 in addition to early exposure to pollutants could be driving cancer rates up in sea lions, with potential implications for humans. People in the Huaihe River Basin in China, for example, have a high rate of esophageal carcinoma that is associated with human papillomavirus and exposure to the highly carcinogenic polycyclic aromatic hydrocarbon 3-methylcholanthrene.

Sea lions are exposed to PCBs and DDTs in utero, as the chemicals travel across the placenta, as well as via milk early in life. It’s likely, the researchers suggested, that a synergism between the pollutants and later infection with OtHV1, which is sexually transmitted and localized to the reproductive tract where the cancer is occurring, may be driving up cancer rates in the animals:

“As carcinogenesis is a multistep process requiring multiple mutagenic events and may necessitate replication and fixing of the DNA damage caused by promoters, this study supports the hypothesis that carcinoma in California sea lions is a multifactorial disease …

“ … Thus, as there is often a long latency period between the initial DNA damage and the onset of neoplasia, this study suggests early exposure to persistent organic pollutants, followed by infection with OtHV1, are important in the pathogenesis of UGC in wild sea lions.”

How are the pollutants causing cancer?

PCBs are “complete carcinogens” and have also been linked to fertility, reproductive and endocrine damage along with neurological effects, including damage to learning and memory. Even though PCBs have been banned in the U.S. for decades, these chemicals are extremely persistent in the environment.

Exposure to DDT is also linked to reproductive effects in humans, and the chemical is classified as a probable human carcinogen that’s been linked to liver tumors in animal studies.

Elevated levels of DDT are also associated with high blood pressure in adults, while exposure to DDT is also known to induce epigenetic changes that promote obesity and kidney, testis and ovary disease that are passed on to future generations. Other toxic effects of DDT exposure in humans include:

The chemicals may induce cancer directly via DNA damage or could affect cancer risk indirectly by suppressing the immune system, making it easier for viral infections to occur. Indeed, in 2016 it was revealed that DDT may inhibit P-glycoprotein, a “defense protein” that’s important for protecting organisms against environmental toxins.

“[I]t is possible that modulation of the immune system by organic contaminants can lead to variations in effectiveness of immune responses to OtHV-1 and cellular transformation.

“Another possibility is that persistent organic pollutants may increase the likelihood of cancer via their hormone mimicking properties, as sea lion reproductive tracts which are prone to cancer have estrogen and progesterone receptors and alteration of receptor expression is noted in UGC. The endocrine-disrupting properties of organochlorine pesticides are well recognized, as are the endocrine associations with cancer.”

The reason why California sea lions may have some of the highest contaminant levels ever recorded in their blubber is due to the chronic dumping of persistent organic pollutants off the California coast prior to their ban.

Marine biologist Rachel Carson was the first to sound the alarm that chemicals like DDT were destroying nature. But prior to that DDT was praised as “the war’s greatest contribution to the future health of the world” by Brig. Gen. James Simmons, the U.S. Army’s chief of preventive medicine, during World War II — a time when the chemical was sprayed onto soldiers to protect them from malaria and typhus.

In DDT’s early years of production, the ocean was considered to be an acceptable place to dispose of waste. In addition to being very persistent in the environment, DDT is known to accumulate in fatty tissues and travels long distances in the upper atmosphere. It’s because of its persistence in the environment that even residues dumped decades ago remain a significant environmental and human health concern today.

Yet, shipping logs show that thousands of barrels of DDT-laced acid sludge were dumped into the ocean off the coast of Los Angeles, Calif. each month following World War II.

Photos taken by a deep-sea robot confirmed the barrels exist on the ocean floor, covered in sediment and some with slashes through them because, “when the barrels were too buoyant to sink on their own, one report said, the crews simply punctured them.” Other animals aside from sea lions are being affected as well.

When researchers tested the blubber of eight southern California bottlenose dolphins, it contained 45 bioaccumulative DDT-related compounds, 80% of which are not typically monitored for. The dolphins lived in deeper waters, which was why researchers were surprised at their results, which showed higher levels of DDT than dolphins tested in Brazil and other areas.

If higher levels of DDT and other chemicals increase the risk of cancer, there’s a good chance the same can be said for humans. It’s already known, for instance, that exposure to DDTs in utero increases breast cancer risk later in life, with researchers suggesting in 2015, “Findings support classification of DDT as an endocrine disruptor, a predictor of breast cancer, and a marker of high risk.”

Other health risks are also likely. One study found that women exposed to the most DDT before birth were 2.5 to 3.6 times more likely to develop high blood pressure before the age of 50 than those with the lowest prenatal exposure. Due to its environmental persistence, people and animals continue to be exposed to these chemicals even in areas where they’re no longer produced.

Biologists know that pesticides like DDT are bioaccumulating in wildlife and becoming more concentrated as they move up the food chain — and the food chain includes humans. If you eat farmed salmon, you’re likely being exposed, and this is just one avenue of exposure. When the Environmental Working Group tested farmed salmon from U.S. grocery stores, they found farmed salmon had, on average:

What’s more, in 2005 researchers found that farmed Atlantic salmon were so contaminated with PCBs, toxaphene, dieldrin, dioxins and polybrominated diphenyl ethers that they posed a cancer and additional health risks to humans, even when consumed in moderate amounts.

The featured study highlighted the implications for human health, including the fact that virally associated cancer occurs in humans. “[The] … likelihood of cancer development could similarly be increased by exposure to environmental contaminants [in humans as it is in sea lions],” they wrote. “Efforts to prevent ecosystem contamination with persistent organic pollutants must be improved to protect both wildlife and human health.”

In addition to avoiding farmed salmon in favor of safer seafood choices such as wild-caught Alaskan salmon, sardines, anchovies, mackerel and herring, it’s important to take steps to avoid environmental pollutants as much as possible while adding in elements to help your body detoxify. Eating a high-fiber diet is one example, which may reduce your risk of heart disease from PCBs.

Broccoli sprouts may also help detox environmental pollutants, while choosing organic and/or biodynamically grown food can also help cut down on your chemical exposure. As for the California sea lions, they serve as an important warning for humans. Frances Gulland, a research associate at UC Davis, told the Los Angeles Times:

“Sea lions, they’re coming up on the beach, using the same waters that we swim and surf in, eating a lot of the same seafood that we eat. They’re predisposed to cancer by these high levels of legacy compounds that are still in the environment — and we are also exposed to these chemicals.” 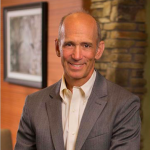