What Went Right This Week: Redefining the ‘Big Five’, Plus More Positive News

20 May 2021 – The ‘big five’ was rebooted in the name of conservation, the UK unveiled plans to protect peatlands, and multinationals put disability inclusion on the agenda, plus the week’s other positive news. 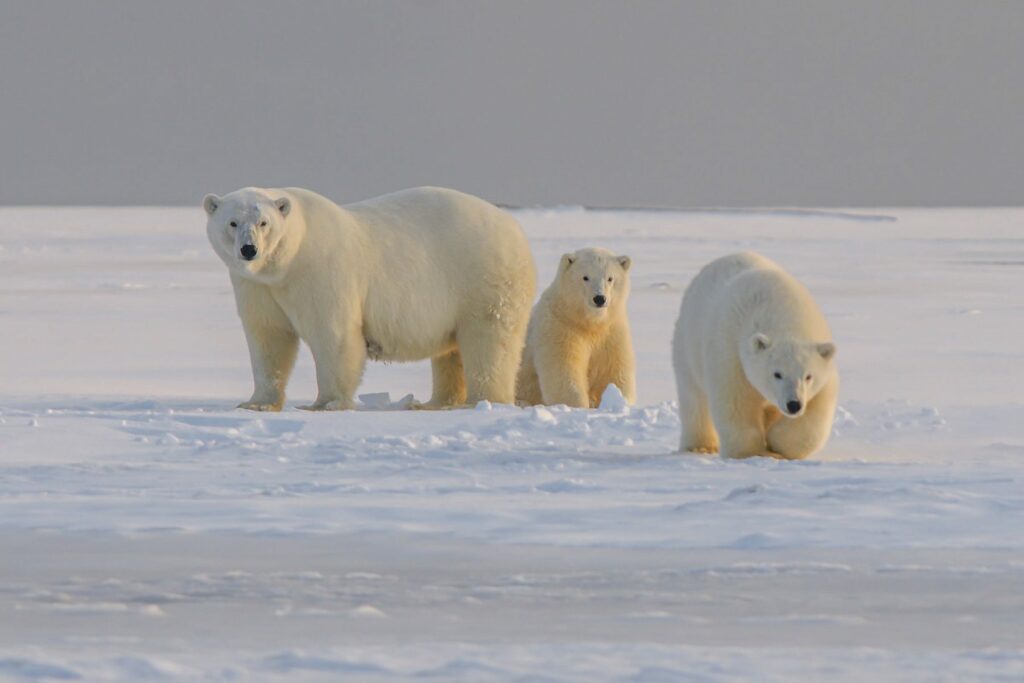 The new ‘big five’ was announced

It was gun-toting trophy hunters who coined the phrase the ‘big five’ while stalking the savannahs of Africa. They used it as the collective term for lions, leopards, rhino, Cape buffalo and elephants, which they considered the most challenging animals to hunt. The name caught on: now the big five is the highlight of most African safaris.

However, this week a new big five was announced. The idea being to subvert hunting connotations and create a set of species that can be promoted as ambassadors for conservation.

More than 50,000 people voted for the animals they most wanted to shoot – with a camera, not a gun – as part of the New Big Five project. The crowning species (elephant, lion, polar bear, gorilla and tiger) are all listed as either critically endangered, endangered or vulnerable.

Primatologist Dr Jane Goodall said: “These five animals are such beautiful and remarkable species, and are wonderful ambassadors for the world’s wildlife. So many [species] face threats to their survival. If we work together, we can stop this happening.”

They store billions of tonnes of CO2, making them vital tools in tackling the climate crisis. And yet the UK’s peatlands are routinely burned by grouse hunters or dug up to provide compost for gardeners.

But not for much longer, perhaps. This week the UK government unveiled its Peat Action Plan. It pledged to ban peat sales to gardeners in England from 2024, phase out peatland burning, and restore depleted peat bogs.

Paul de Zylva, nature campaigner at Friends of the Earth, described the plan as “encouraging”. However, the charity said promises to phase out peatland burning were vague and called for greater ambition in restoring peatlands. “Restoration is needed at scale now to stop carbon leaking back into the atmosphere,” added de Zylva.

Some 500 of the world’s largest firms have agreed to publish quarterly reports into disability representation, amid evidence of a lack of progress in tackling diversity at multinational companies.

The initiative was led by Valuable 500, a global disability network, which got 500 firms to agree to put disability inclusion on their boardroom agenda. The BBC, Twitter and Coca-Cola are among those to sign up.

According to Valuable 500, there are currently no executives or senior managers who have disclosed a disability at FTSE 100 companies.

In signs that nations are finally waking up to the seriousness of biodiversity loss, it was revealed this week that the world’s conservation zones have expanded by an area greater than the size of Russia since 2010.

The latest Protected Planet report revealed that 17 per cent of land and inland water ecosystems, and 8 per cent of marine areas, now benefit from some sort of protection.

Despite the progress, however, one third of the planet’s key biodiversity areas remain unprotected. What’s more, many conservation zones are not well connected, leaving species isolated.

Dr Bruno Oberle, director of International Union for Conservation of Nature (IUCN), said the report’s findings showed “enormous progress” had been made. However, he renewed IUCN calls for one third of the planet to be protected by 2030.

Rape survivors in England and Wales will be able to provide pre-recorded evidence and undergo cross-examination on video before a trial, the Guardian has reported. The move will spare survivors the trauma of appearing in court.

The measure is part of a government review that aims to increase conviction rates in rape cases. Police recorded 55,130 rapes in England and Wales in 2919-20, but there were just 1,439 convictions.

Plans for video evidence will be laid out in a government review to be published next month.

An orchestra was revived after 66 years

Live music has been one of the biggest casualties of the pandemic. But there was a glimmer of good news for the sector this week with the announcement that the Yorkshire Symphony Orchestra (YSO) is to be brought back to life after 66 years.

The YSO is being revived to support musicians in northern England as the country emerges from lockdown. The orchestra was originally established in Leeds in 1947, but disbanded eight years later.

Conductor Ben Crick told the BBC that its return could help to support struggling artists in the north and provide a “cultural voice for Yorkshire”.

The future looks bright for what is expected to be the UK’s largest community-owned solar farm, after it secured vital funding this week.

Ray Valley Solar in Oxford will generate enough electricity to power 6,000 homes. The facility will be operated by Low Carbon Hub, a social enterprise that empowers communities to take control of their energy.

The project’s financing provides a model for others to follow, supporters claim. Funding was obtained through a community share offer, which raised £4.5m. Lending from Oxford city council, a grant from Local Energy Oxfordshire, and a loan from Triodos UK helped get the project over the line.

Dr Barbara Hammond, CEO at Low Carbon Hub, said: “We want to make Oxfordshire an example for the world. To show how the right investment, used in the right way, can help meet our energy needs in a way that’s good for people, and good for the planet.”