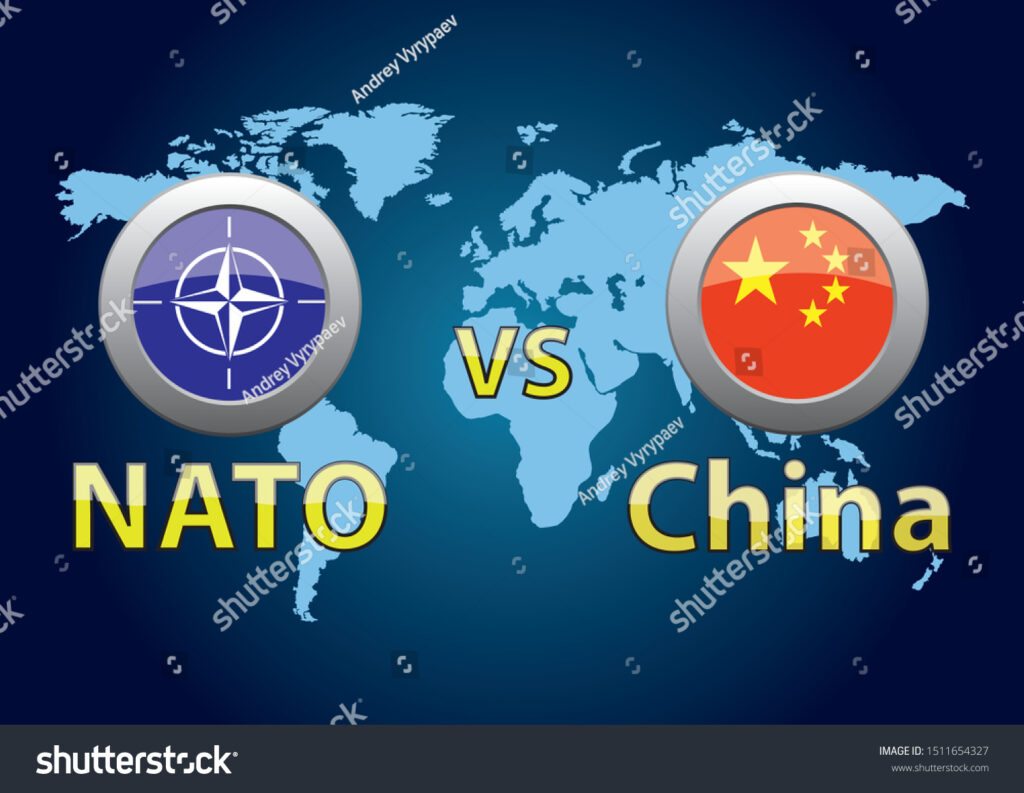 15 Jun 2021 – After months of NATO Secretary General Jens Stoltenberg mercilessly – tediously – denouncing Russia and China ahead of yesterday’s summit, the communiqué issued after it finally raised China’s ire. Two of the document’s 79 points addressed China. The second was conciliatory; the first was confrontational. It was the first time the 30-nation military bloc so overtly directed harsh language of that nature at China in an official publication.

The opening sentence of section 55 contends that

A threat to an individual member of NATO can result in the activation of its Article 5 war clause. China was accused of endangering the security of the entire alliance.

Specifically, China was charged with:

The last point is worth examining. Although the communiqué specifies concern about that cooperation including “exercises in the Euro-Atlantic area,” in general no distinction is made between a military exercise in, say, the Pacific Ocean and the so-called Euro-Atlantic area. To lecture a nation in regard to who it can engage in military cooperation with is overt diktat; is an insult to its sovereignty. The U.S. and its NATO allies regularly conduct military exercises in nations bordering China, the Khaan Quest exercise in Mongolia and the Steppe Eagle exercise in Kazakhstan, and in nearby Cambodia (Angkor Sentinel), as well as naval exercises with several neighboring nations off China’s coast. China has not threatened local nations for participating in those. The NATO summit communiqué mentioned, for example, strengthening military ties with its Partners Across the Globe members Japan, South Korea and Australia: while attacking China for engaging in military exercises with its neighbor Russia.

Neither has it threatened other Asia-Pacific nations for joining NATO military partnership programs, several of which nations border China: Afghanistan, Kazakhstan, Kyrgyzstan, Mongolia, Pakistan and Tajikistan.

China responded accordingly, and quickly, to the above writ of indictment. The spokesman of the nation’s mission to the European Union (China doesn’t have a mission to NATO as many of its Asia-Pacific neighbors do) denied that China presents “systemic challenges” to other nations, much less to all of Europe and North America.

NATO was accused of slander and of misjudging the current international political climate; in fact of mixing Cold War thinking and bloc mentality with normal state-to-state relations. The statement also ascribed the motivation for the attack to the administration of U.S. President Joe Biden.

China already has a blood debt to settle with NATO, one it has never forgotten, for the military bloc’s killing of three journalists and the wounding of 27 other Chinese in Belgrade in 1999.

In response to the above charges against China, The Global Times said this:

“This NATO summit can be seen as a key point in the US and Europe’s attitude toward China in the security arena. Washington has raised the curtain for a political mobilization campaign to use the NATO bloc to carry out strategic competition with China.”

The EU mission spokesperson’s comment also included a reminder that China’s defense budget for this year is $209 billion (1.35 trillion yuan), which is 1.3% of the Chinese gross domestic product, less even than the 2% demanded of NATO member states. “In contrast, the 30-member NATO alliance has a total military spending as high as $1.17 trillion, making up over half of the global sum and 5.6 times that of China.”

The statement also mentioned that the world who knows which country’s “military bases stretch all over the world, and… aircraft carriers are wandering around to flex their military muscle.”

It also recalled that the U.S. alone has almost 20 times the amount of nuclear as weapons as China does, and invited NATO to match China’s commitment to the no-first-use of nuclear weapons and “unconditionally not using or threatening to use nuclear weapons against non-nuclear-weapon states or zones.” One knows what the answer to that offer will be.

“I would like to ask whether NATO and its member states, which are striving for ‘peace, security and stability,’ can make the same commitment as China?”

One knows what the answer to that question would be.

The response to NATO also contained words particularly worth heeding:

“China has been committed to peaceful development, but will never forget the tragedy of the bombing of the Chinese Embassy in Yugoslavia, nor the sacrifices of our compatriots’ homes and lives. We will unswervingly defend our sovereignty and development interests, and keep a close eye on NATO’s strategic adjustments and policies toward China.”

Not content to have dragooned almost the entire European continent into its ranks, to have waged wars of aggression against countries in three continents (none of them remotely near the “Euro-Atlantic” area) and recruited forty partners to add to its thirty members, NATO is now challenging and confronting China.

An opinion piece in China Daily (No enemy? NATO will create one) had this to say about NATO’s throwing down the gauntlet to China, of moving from one adversary to another, from the Soviet Union to Yugoslavia to Libya to China:

“By imposing their role of imaginary enemy upon China, NATO is hurting the interests of the whole world, its own members included. And the only side that benefits is NATO itself, because it finds an excuse to continue existing and spending the $2.5 billion collected from Western taxpayers’ pockets.”

The loss in treasure is great; the loss of blood may be far greater.

Rick Rozoff has been involved in anti-war and anti-interventionist work in various capacities for forty years. He lives in Chicago, Illinois. Coming to consciousness of the essential struggle of peace against war in the United States in the 1960s, I confess to having been afflicted with the prejudice that anti-war sentiment had been rare if at all existent in other ages and even in other nations. The Italian philosopher Giambattista Vico speaks in his The New Science of the conceit of nations and the conceit of scholars; he may have added the conceit of the times.

One Response to “Creating Enemies: China Reacts to NATO Targeting It”