Many parts of the world are witnessing storms
That cause a lot of damage, destruction and fear
We had the storm in 2008 named Nargis in Myanmar
Hurricanes Vince, Alpha in Europe in 2005 and last year

The names of these cyclonic storms or hurricanes are different
But they cause common devastation and destruction
Both of people and animals — cows, goats, lions, fish
To reduce destruction people moved to safer places
But buildings, bridges, and poor people’s huts cannot be moved

Hurricanes named Hanna, Harvey, Irma, Laura, and Dorian in USA
Dineo cyclone occurred in 2017 in S Africa
Tauktae in Kerala in southern and western parts of India this year
And now YAAS on eastern parts — near W Bengal, Odisha
Names of these storms which originate in different parts differ
But destruction and fear caused by them are similar

These cyclones, storms are age old curse on humanity
Their destruction and trauma have increased in intensity

No way to escape from them when they happen
Godliness and spiritual salvation to help you to deter
The fear, violence, trauma when they occur

Krishna says have no fear, uncertainty
Remember me, save yourself save humanity 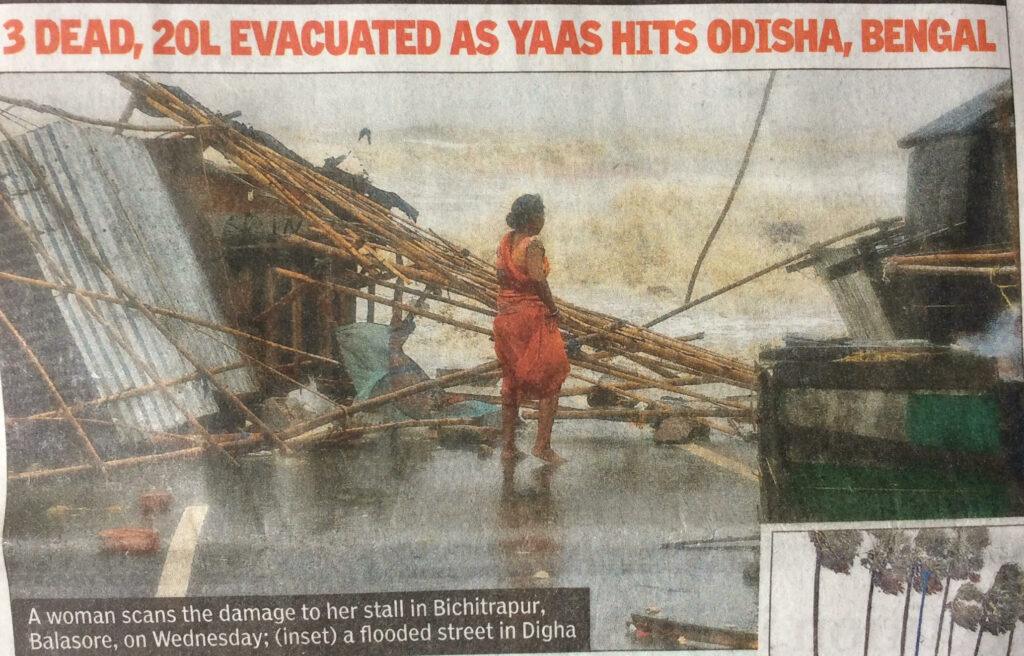 Anticopyright: Editorials and articles originated on TMS may be freely reprinted, disseminated, translated and used as background material, provided an acknowledgement and link to the source, TMS: Cyclonic Storms, Hurricanes, Typhoons, is included. Thank you.