Six Rules to Survive an Autocracy with Dignity

Institutions Are Useless to You, Be Outraged, Don’t Make Compromises, Remember the Future 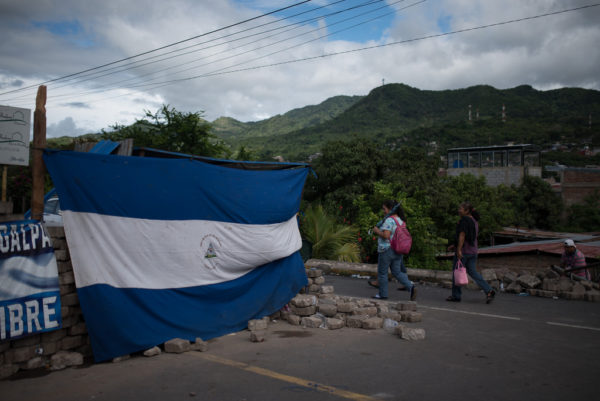 24 Jun 2021 – The dictionary of the Royal Spanish Academy defines autocracy as the “way to govern in which the will of a single person is the supreme law.” “The person who alone exercises the supreme authority in a State” is the autocrat.

As in the time of old emperors, the autocrat, or a two-headed autocracy, invites the population to leave behind the pretense of citizenship to become simple subjects without decorum and without rights. The question arises, how to survive under that rule without sacrificing life, dignity and self-respect?

The Russian American writer, Masha Gessen, asked herself that same question and offered six comments or rules that undoubtedly have resonance today in Nicaragua.

Here are the rules and considerations of this writer:

Rule No. 1 – “Believe the autocrat.” An autocratic dog that barks also bites. To think that a state of insanity can lead to the mistake of underestimating the ability to inflict enormous damage on the country. With jingoistic nationalism, they pretend to defend the nation. The daily activity and autocratic mission is reduced to the consolidation of power. Autocracy is not a thinking entity; it is not a reasoning body. To label its narrative as “irrational” and its behavior as “inexplicable” underscores our own misunderstanding of the phenomenon.

Rule No. 2 – “Do not be taken in by small signs of normality.” Nicaragua is not the country featured in the autocratically controlled media. The messages, images, newscasts and manipulated statistics all play a part in the machinery of control. So, there is no problem with the pandemic, nor with the economy, nor with the continuation in power. Everything is the fault of the outsiders.

Rule No. 3 – “Institutions are useless to you.” The autocrat seizes all the powers of the State. It is the Putin model. The division and counterweight of powers, due process, curtailing all civil and political rights are annulled, invoking age-old religiosities. In this way, the power model is completed with a society that does not demand rights because it does not know them, and if it does, it is repressed.

Rule No. 4 – “Be outraged.” Eduardo Galeano used to say, “either one is undignified or outraged.” It is not a simple aphorism —it is a call to be loyal to the noblest of the human condition—, to resist one’s own and often external tendency to accept the unacceptable. The answer cannot be “resigned pragmatism,” nor silence nor indifference.

Rule No. 5 – “Don’t make compromises.” Autocracy does not negotiate power on its own initiative, which means keeping at its peak the serious situations of injustice that it has generated. An opposition can be constructive in a negotiation, but not to the point of becoming a scoundrel. That is, keeping silent about unfair conditions, abuses and arbitrariness. In an autocracy, politics understood as the art of the possible is a precept that lacks any morality, says Gessen.

Rule No. 6 – “Remember the future.” April’s dream was that of a future without autocrats or autocracies. It is time to protect that dream of a possible future against the legacy of the autocrat and the conditions that allow it to arise. Closing the door to a better future is not normal. But to open that door, you must resist. Society as a whole will awaken from the nightmare of being victims to become survivors and dream freely again.

Alejandro Bendaña is a Nicaraguan historian living in Nicaragua and a member of the TRANSCEND Network.  He was a senior official of the Sandinista government in the 1980s and has a PhD in History from Harvard University. Bendaña is a specialist in peacebuilding and author of a biography of Augusto C. Sandino, the guerilla leader who resisted US military occupation between 1927 and 1933.