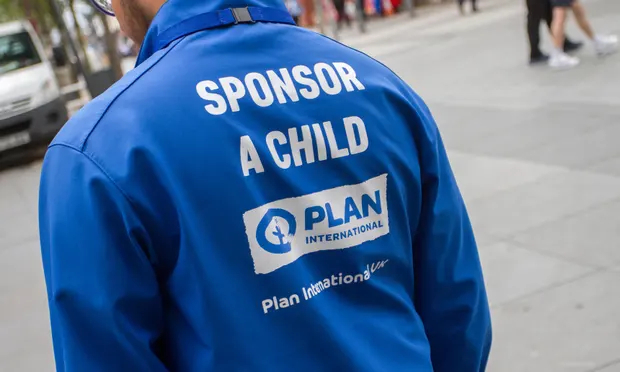 Plan International admitted it had made ‘mistakes’ over its exit from Sri Lanka, reigniting debate over international sponsor schemes. Photograph: MediaWorldImages/Alamy

31 May 2021 – International child sponsorship schemes have come under attack for perpetuating racist thinking, as an apology by a charity to thousands of children in Sri Lanka has sparked a debate over the money-raising schemes.

Plan International last week admitted it had made “mistakes” over its exit from Sri Lanka in 2020, following criticism from donors and former employees that it had failed 20,000 vulnerable children in the country.

It apologised to sponsored children as well as to communities and partners, some of whom, they admitted, felt it left “abruptly” and without sufficient communication.

The controversy has reignited debate over international child sponsorship schemes and whether, amid growing calls to decolonise aid, the benefits they offer can outweigh the north-south power relations they re-enforce.

“For years, we didn’t talk about the white gaze, myself included,” said Sherman. “Child sponsorship is a small part of decolonising aid, but it’s a part NGOs need to change. It is a relic of the past.”

Sherman acknowledges that many large schemes have evolved in recent years to provide benefits to communities, not individuals, while others, such as World Vision, allow the child involvement in choosing a donor. But “tweaking” the model is not enough, she said.

“Donors stick a picture of a child on their fridge and think of them as ‘our child’. They are well intentioned.”  –– Carol Sherman 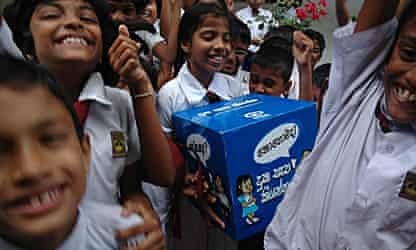 “Donors stick a picture of a child on their fridge and think of them as ‘our child’. They are well intentioned, but the parents of that child can’t refuse the money because they are living in poverty.”

The schemes remain a popular and lucrative method of fundraising with international NGOs, and do not have the same restraints as, for example, government sources. For example, Compassion International raised $755m (£530m) from child sponsorship, three-quarters of its total income of $1bn in 2020. In the same year, child sponsorship accounted for nearly a third (£19m) of World Vision’s £70m income, while Plan International raised €360m (£310m) – more than a third of its €910m income in 2020.

Graham Newton, director of public engagement at World Vision UK, said that, unlike other forms of funding, child sponsorship allows it to provide communities with long-term support of between 10 and 15 years.

He said 99% of staff in the 57 countries where 3 million children are sponsored are local, adding: “World Vision staff from these communities know what the issues are and what needs done. It is led by the communities, and gives them the opportunity to deliver change.”

The “chosen” initiative, introduced in 2019 to allow children to pick a sponsor, aims to give children more of a voice, build a meaningful relationship with sponsors, as well as offer donors “a window” into their lives.

Newton rebuts criticism that the scheme is paternalistic, saying: “The child sponsorship model is about how do we truly give children a voice to achieve change in their communities.”

A study on the impact of child sponsorship in four countries – Colombia, the Philippines, Uganda and Burkina Faso – for Plan International in 2008, found several problems, including high management costs and staff concerns over “paternalistic tendencies” of the funding model. It also found unequal distribution of gifts and letters had led to “anxiety, jealousy and disappointment” in children and an erosion of trust. The study prompted a “detailed action plan to bring in changes to our practices, including strict limits on what gifts sponsors can send”, Plan International said.

“We are constantly evolving our sponsorship model, and the impact of Covid-19, digitisation and decolonialisation of aid has challenged us to accelerate this evolution process,” a spokesperson said.

Jethro Pettit, emeritus fellow at the Institute of Development Studies at the University of Sussex, who carried out the 2008 Plan International study said he had doubts over whether child sponsorship was fit for the 21st century.

“But Action Aid and Plan do good work,” he said. “They have an impact. There have been debates on poverty pornography. And NGOs, including Plan and Action Aid, have taken steps to portray hope. The question is, how can an organisation demonstrate they have taken these concerns on board? That their model is one that is carried out with respect and dignity and without racism?”

Karen McVeigh has been a senior news reporter for the Guardian since December 2006. Before that, she freelanced for the Times following a five-year stint as The Scotsman‘s London correspondent.