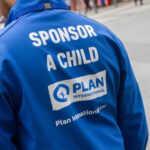 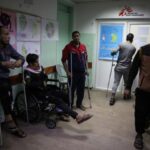 5 Dec 2019 – The suffering of people wounded in conflict zones is being compounded by what doctors say are ‘horrifying levels’ of antibiotic resistance. “I thought about suicide several times,” says Nasser, 28, a former blacksmith. “I was wishing the Israeli soldier [who shot me] had killed me with the bullet.”

11 Jun 2019 – An area twice the size of the UK has been destroyed for products such as palm oil and soy over the last decade, according to analysis by Greenpeace International. It estimates 50m hectares cleared by 2020, warning companies must evolve to prevent ‘climate breakdown’. 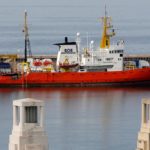 12 Feb 2019 – The deflagging of the Aquarius, the last migrant rescue ship in the Mediterranean, represents a “dark moment” in European history, setting a dangerous precedent for states to flout international humanitarian laws.

US Military Facing Fresh Questions Over Targeting of Children in Afghanistan
Karen McVeigh – The Guardian, 10 Dec 2012

The US military is facing fresh questions over its targeting policy in Afghanistan after a senior army officer suggested that troops were on the lookout for “children with potential hostile intent”. There have been more than 200 children killed in Pakistan, Somalia and Yemen by the CIA and Joint Special Operating Command, according to the Bureau of Investigative Journalism.

The American general who led a NATO training mission in Afghanistan opposed an investigation into corruption and “Auschwitz-like” conditions at a US-funded hospital in Kabul for political reasons, US military officers told Congress on Tuesday [24 Jul 2012]. One active-duty officer testified that the three-star general, Lieutenant General William Caldwell, who headed the training mission in Afghanistan, forced him to retract a request for an inspector general’s investigation into the Dawood national military hospital.

Pope Accused of Crimes against Humanity by Victims of Sex Abuse
Karen McVeigh – The Guardian, 19 Sep 2011

Victims of sexual abuse by Catholic priests have accused the pope, the Vatican secretary of state and two other high-ranking Holy See officials of crimes against humanity, in a formal complaint to the international criminal court (ICC). The submission, lodged at The Hague on Tuesday [13 Sep 2011], accuses the four men not only of failing to prevent or punish perpetrators of rape and sexual violence but also of engaging in the “systematic and widespread” practice of concealing sexual crimes around the world.

Striking difference found in risk of disease in blood. Scientists acknowledge more research still needed. For years, they have boasted of the health benefits of their leafy diets, but now vegetarians have the proof that has so far eluded them: when it comes to cancer risks, they have the edge on carnivores. Fresh evidence from […]