Why Democracies in G7 & NATO Should Reject U.S. Leadership 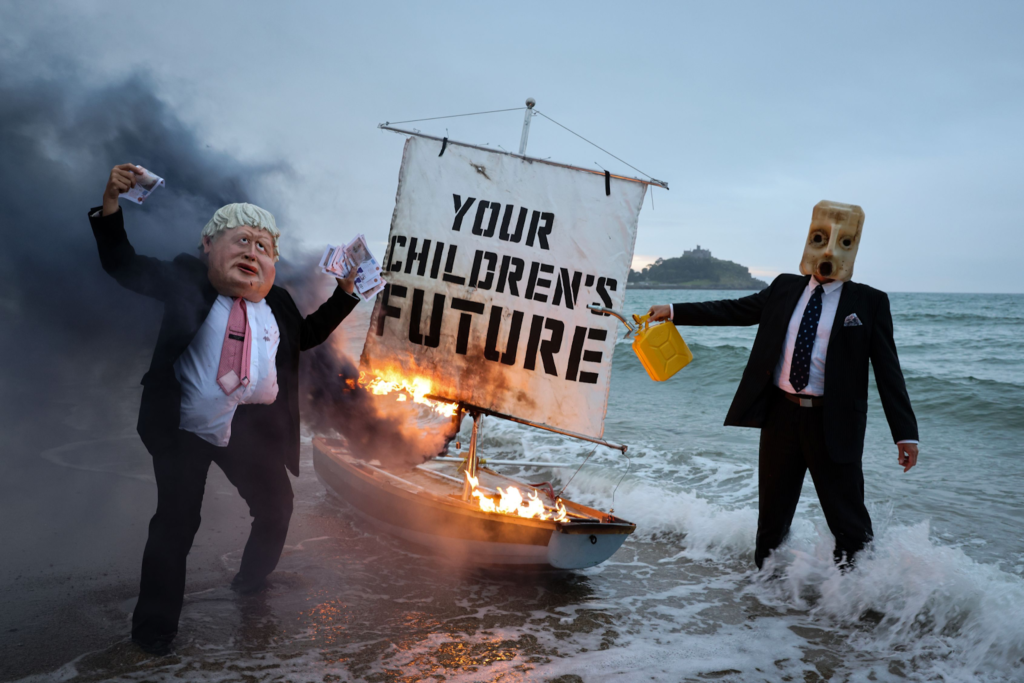 15 Jun 2021 – The world has been treated to successive spectacles of national leaders gathering at a G7 Summit in Cornwall and a NATO Summit in Brussels.

The U.S. corporate media have portrayed these summits as chances for President Biden to rally the leaders of the world’s democratic nations in a coordinated response to the most serious problems facing the world, from the COVID pandemic, climate change and global inequality to ill-defined “threats to democracy” from Russia and China.

But there’s something seriously wrong with this picture. Democracy means “rule by the people.” While that can take different forms in different countries and cultures, there is a growing consensus in the United States that the exceptional power of wealthy North Americans and corporations to influence election results and government policies has led to a de facto system of government that fails to reflect the will of the North American people on many critical issues.

So when President Biden meets with the leaders of democratic countries, he represents a country that is, in many ways, an undemocratic outlier rather than a leader among democratic nations. This is evident in:

Fortunately though, North Americans are not the only ones asking what is wrong with U.S. democracy. The Alliance of Democracies Foundation (ADF), founded by former Danish Prime Minister and NATO Secretary-General Anders Fogh Rasmussen, conducted a poll of 50,000 people in 53 countries between February and April 2021, and found that people around the world share our concerns about U.S. dystopian political system and imperial outrages.

Probably the most startling result of the poll to North Americans would be its finding that more people around the world (44%) see the United States as a threat to democracy in their countries than China (38%) or Russia (28%), which makes nonsense of U.S. efforts to justify its revived Cold War on Russia and China in the name of democracy.

In a larger poll of 124,000 people that ADF conducted in 2020, countries where large majorities saw the United States as a danger to democracy included China, but also Germany, Austria, Denmark, Ireland, France, Greece, Belgium, Sweden and Canada.

After tea with the Queen at Windsor Castle, Biden swooped into Brussels on Air Force One for a NATO summit to advance its new “Strategic Concept,” which is nothing more than a war plan for World War III against both Russia and China.

But we take solace from evidence that the people of Europe, whom the NATO war plan counts on as front-line troops and mass casualty victims, are not ready to follow President Biden to war. A January 2021 survey by the European Council on Foreign Affairs found that large majorities of Europeans want to remain neutral in any U.S. war on Russia or China. Only 22% would want their country to take the U.S. side in a war on China, and 23% in a war on Russia.

Few North Americans realize that Biden already came close to war with Russia in March and April, when the United States and NATO supported a new Ukrainian offensive in its civil war against Russian-allied separatists in Donetsk and Luhansk provinces. Russia moved tens of thousands of heavily-armed troops to its borders with Ukraine, to make it clear that it was ready to defend its Ukrainian allies and was quite capable of doing so. On April 13th, Biden blinked, turned round two U.S. destroyers that were steaming into the Black Sea and called Putin to request the summit that is now taking place.

The antipathy of ordinary people everywhere toward the U.S. determination to provoke military confrontation with Russia and China begs serious questions about the complicity of their leaders in these incredibly dangerous, possibly suicidal, U.S. policies. When ordinary people all over the world can see the dangers and pitfalls of following the United States as a model and a leader, why do their neoliberal leaders keep showing up to lend credibility to the posturing of U.S. leaders at summits like the G7 and NATO?

Maybe it is precisely because the United States has succeeded in what the corporate ruling classes of other nations also aspire to, namely greater concentrations of wealth and power and less public interference in their “freedom” to accumulate and control them.

Maybe the leaders of other wealthy countries and military powers are genuinely awed by the dystopian North American Dream as the example par excellence of how to sell inequality, injustice and war to the public in the name of freedom and democracy.

In that case, the fact that people in other wealthy countries are not so easily led to war or lured into political passivity and impotence would only increase the awe of their leaders for their U.S. counterparts, who literally laugh all the way to the bank as they pay lip service to the sanctity of the North American Dream and People.

Ordinary people in other countries are right to be wary of the Pied Piper of U.S.A. “leadership,” but their rulers should be too. The fracturing and disintegration of U.S. society should stand as a warning to neoliberal governments and ruling classes everywhere to be more careful what they wish for.

Instead of a world in which other countries emulate or fall victim to USA’s failed experiment in extreme neoliberalism, the key to a peaceful, sustainable and prosperous future for all the world’s people, including North Americans, lies in working together, learning from each other and adopting policies that serve the public good and improve the lives of all, especially those most in need. There’s a name for that. It’s called democracy.

Anticopyright: Editorials and articles originated on TMS may be freely reprinted, disseminated, translated and used as background material, provided an acknowledgement and link to the source, TMS: Why Democracies in G7 & NATO Should Reject U.S. Leadership, is included. Thank you.

One Response to “Why Democracies in G7 & NATO Should Reject U.S. Leadership”