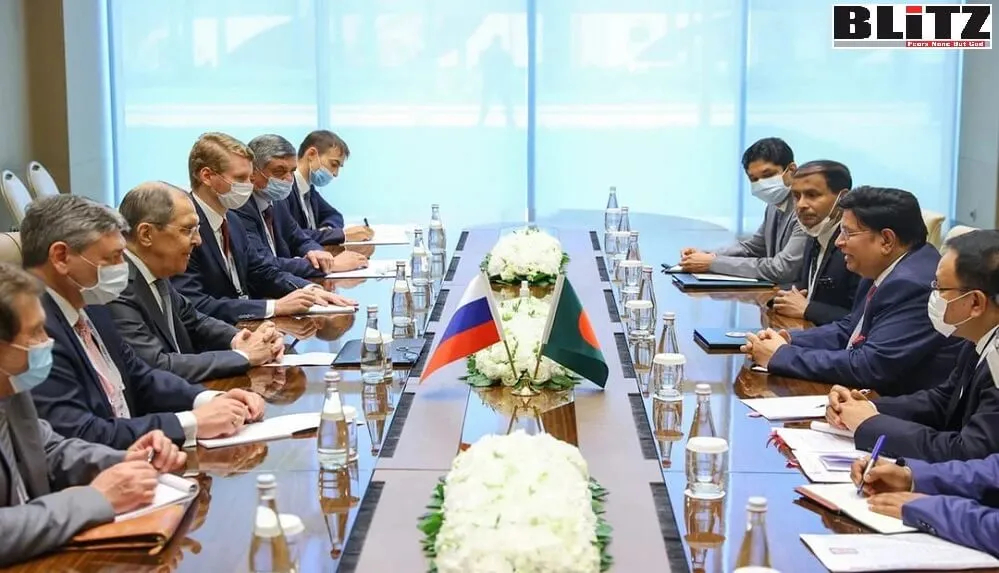 20 Jul 2021 – Dhaka has made a proposal to Moscow to take a trilateral initiative among Bangladesh, Russia and Myanmar to resolve the Rohingya crisis while tripartite consultation among Dhaka, Beijing and Naypyidaw has been halted after military took power in Myanmar.

Foreign minister Dr AK Abdul Monen made the proposal to his Russian counterpart Sergey Lavrov while holding a bilateral meeting with him on the sidelines of an international conference held in Tashkent.

“I told him (Lavrov) that you can take a trilateral initiative (to resolve the Rohingya crisis) … (as) you have good relation with them (Myanmar) … they will listen, if you say,” Dr Momen told reporters at his residence today while sharing outcomes of his visit to Uzbekistan.

However, Momen said, the Russian foreign minister did not accept the Dhaka’s proposal right way but assured that he would talk with others regarding the initiative.

The foreign minister said Russia always suggests Dhaka to engage bilaterally with Myanmar to resolve the crisis but “I told him that we had tried a lot bilaterally and even trilaterally involving China .. but not a single Rohingya was so far repatriated in last four year.”

Dr Momen said he conveyed that Dhaka expects that Russia would mediate between Bangladesh and Myanmar to resolve the Rohingya crisis as like China as both Moscow and Beijing both have good relations with Naypyidaw.

Momen said, for the first time, Russia and China gave their support while the resolution on “Human Rights Situation of Rohingya Muslims and other Minorities in Myanmar” was adopted in the UN recently.

“It’s an achievement … it’s a shift,” he said adding that the adoption of the resolution by consensus is a big milestone towards negotiation of Rohingya repatriation.

The foreign minister said the Chinese side is yet to make contact with Myanmar for resuming the tripartite discussion as the new Myanmar military government is busy with its internal issues.

The tripartite discussion between Bangladesh and Myanmar mediated by China was started in 2019 and following series of meetings at ministerial, secretary and high official levels, Naypyidaw had hinted to start taking back Rohingyas from second quarter of this year.

But the tripartite discussion has been suspended since Myanmar military take the state power in a coup in February last.

Since 25 August 2017, Bangladesh is hosting over 1.1 million forcefully displaced Rohingyas in Cox’s Bazar district and most of them arrived there after a military crackdown by Myanmar, which the UN called a “textbook example of ethnic cleansing” and other rights groups dubbed as “genocide”.

In last nearly four years, not a single Rohingya went back home yet although Myanmar agreed to take them back.

During the meeting, the Bangladesh foreign minister also thanked his Russian counterpart for the gracious message sent by president Putin during the celebration of the Birth Centenary of Father of the Nation Bangabandhu Sheikh Mujibur Rahman.

The Russian foreign minister assured that Russia is always ready to support Bangladesh as like Moscow did during the Bangladesh’s Liberation War in 1971, Momen said.

The foreign minister returned here this morning after attending the international conference on “Central & South Asia: regional connectivity, challenges and opportunity” held in Tashkent from July 15 to 16.

News Desk – Contents published under this byline are those created by the news team of WeeklyBlitz.