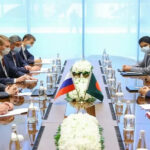 20 Jul 2021 – Dhaka has made a proposal to Moscow to take a trilateral initiative among Bangladesh, Russia and Myanmar to resolve the Rohingya crisis. 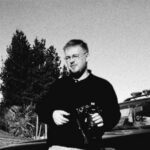 22 Sep 2020 – Andre Vltchek (57), a journalist and author from the US, was found dead in a car this morning in İstanbul. He and his wife had traveled from the Black Sea in a rented and chauffeured car. Vltchek’s body has been taken to the Forensic Medicine Institution for autopsy as a “suspicious death.”

No one person encapsulates the enduring legacy of the “robber barons” of the Industrial Age quite like David Rockefeller, who died today [21 Mar] at the age of 101. While often remembered for his philanthropy, the last surviving grandson of America’s first billionaire leaves behind a dark legacy indicative of how American nobility often shape policy from behind the scenes.

18 Feb 2017 – The innocent citizens of Syria will be forced to endure increased risks of cancer, birth defects, and other disease related to exposure to radioactive materials. Depleted uranium has a half-life in the hundreds of millions of years. Damage to Syrian territory will thus continue long after anyone involved in current hostilities is dead.

14 Sep 2016 — Pesticide manufacturers have spent millions influencing researchers who are investigating the role of neonicotinoids, a nicotine-like chemical found in many major pesticides, in bee die-offs, according to a recent analysis by Greenpeace.