Myanmar Coup Regime’s Handling of COVID-19: Is It Genocidal?

It is conceivable that the Myanmar terrorist regime of the SAC may be genocidally minded in its approach in tackling COVID-19 within the military and its sub-social system, while deliberately putting at risk the lives of millions of anti-military Burmese of all ethnic and religious backgrounds. 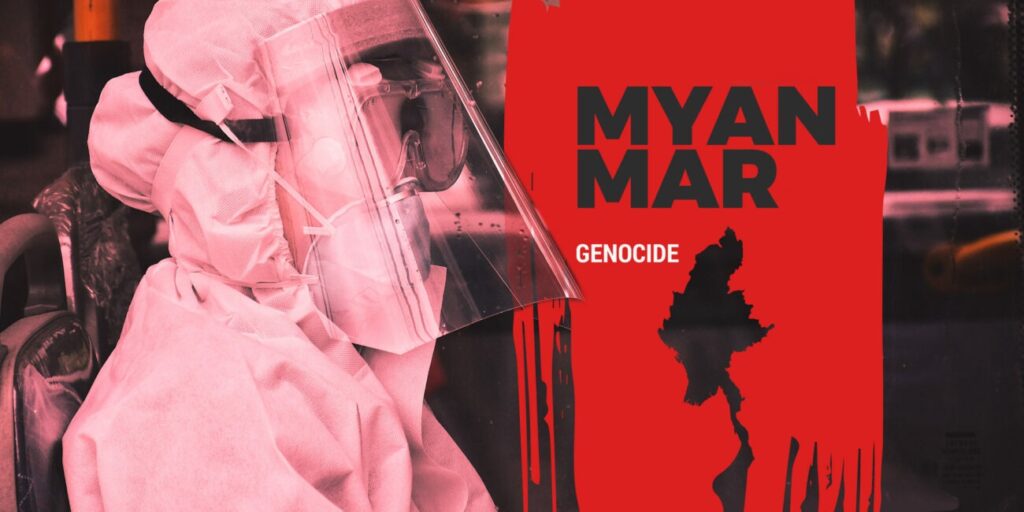 15 Jul 2021 – No, I was not going to write this essay, or for that matter any other, on Myanmar’s contemporary affairs. Living a life of comfort, security, and privilege in the picture-perfect English countryside, with loving family and a dog, Myanmar today is not my reality.

I told myself – and promised my English wife and colleague, to her justified delight – that I was going to divorce myself from the sordid affairs of the country of my origin, Myanmar. That was after a recent avalanche of character assassinations and nasty fabrications targeted against me on social media, that have been concocted by some activists from the politically repressed Burmese, including some elite Rohingya in diaspora. They are joined by their “white saviours” who have made Myanmar their Ayay, or business.  I definitely have rubbed some of them up the wrong way. 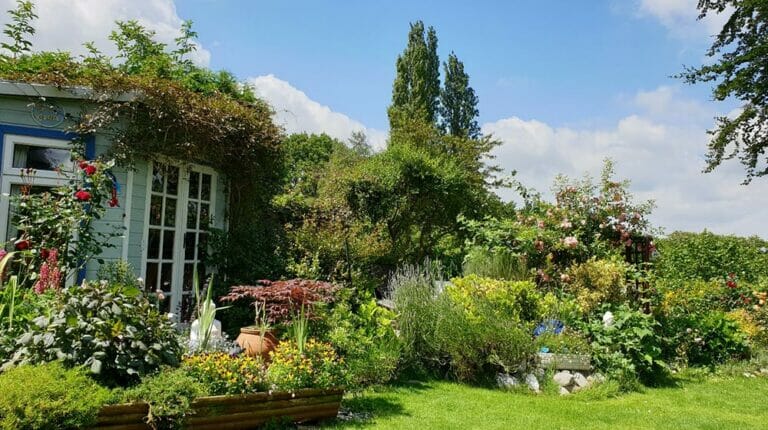 A life of comfort, security and privilege in the English countryside

After 30-odd years as a Burmese activist, I would happily “cancel” myself and not lift a finger as my old country keeps its one-way descent into unknown depths of hell, or so I had naturally felt.

But all news from that Buddha-forsaken place is bad news.  And I find it deeply painful to read and hear first person daily accounts on social media of the surging 3rd wave of the pandemic.

Alas, one loves one’s birthplace in spite of all its flaws, to paraphrase Aung San Suu Kyi’s line on the BBC Desert Island Disc program about her fondness for the Burmese generals whom she called “my father’s sons” and whose well-documented genocidal policies towards Rohingyas she defended at the International Court of Justice.  After all, Myanmar’s Generation Z have woken up to the ugly genocidal truth about the country and publicly apologized to the survivors on social media – even if Ms Suu Kyi and her NLD old guards remain unreflective and unrepentant of their own complicity, I tell myself.

Since the February coup with the resultant resistance and repression, the Burmese public mood has gone from hope (if only unrealistically and desperately, for external intervention of sort, including the trigger for the United Nations’ in-actionable principle of “R2P” or Responsibility to Protect), to adopting the We-the-People-Have-Only-Each-Other mantra.

A childhood friend of mine, who is a well-known cardiologist in Myanmar, came down with COVID-19, and so has his wife. Ironically, he was going to give me a consultation time on Zoom to check on my own health. While their conditions have become stable, the pandemic is claiming the innumerable innocent lives in the country that has been a major site of institutionalised genocide, 7-decades of civil war, emerging state-terrorism, and the counter-violence by the people’s resistance. 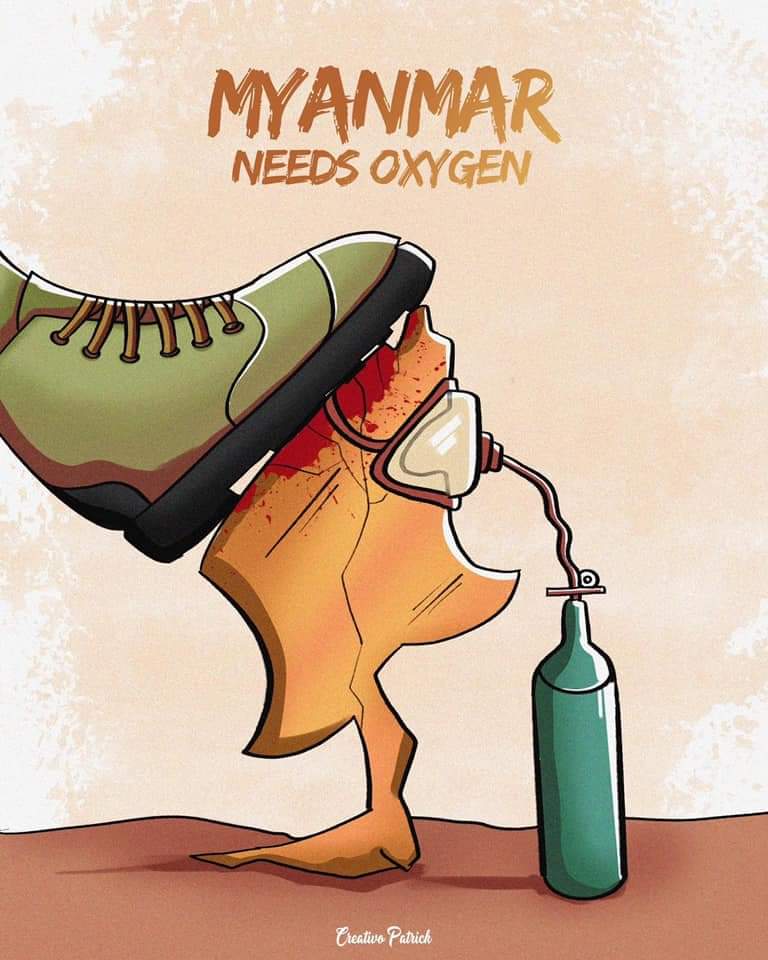 A lethal mix of factors has contributed to this deadly situation

Among them are the universally reviled State Administrative Council, which staged the coup 6 months ago, and has since been unsuccessfully attempting to re-assert its control over the state crippled by the medical professional-led Civil Disobedience Movement, the continuing sporadic street protests, the mushrooming of people’s defence forces or the community militia groups who carry out daily killings and bombings of the soft-targets of the regime-appointed civil administrators and informers.

Besides, the Zoom-based parallel National Unity Government Health and Education Minister Dr Zaw Wai Soe has broadcast on social media irresponsible Burmese language messages wherein he has told millions of NUG supporters in the country that only the killer-military troops are going to be Covid-infected.  The public including the anti-regime underground dissidents are safe from Covid.  This was, he said, “a scientific observation” because the public is too poor to be in air-conditioned spaces – supposedly more conducive to the viral spread – unlike activists and dissidents who are in hiding or in isolation.

Whatever the NLD doctor-cum-NUG Health Minister’s explanations, voodoo or “scientific”, the emerging picture is a national population whose members are rapidly becoming Covid-positive, being tested, or not, officially counted and reported, or not.  All this is evidenced in the alarmingly large number of bodies lying in coffins and stretchers at cemeteries in major cities like Yangon awaiting their turns for cremation.

A spokesperson from Yangon’s Bo Sein Social Services told the leading, but outlawed bilingual news outlet ‘Myanmar Now’ that “it’s not easy to even get a coffin or a stretcher. Everything’s extremely scarce now.”

To make matters worse, the Ministry of Trade and Commerce of the terrorist coup regime issued a directive (dated 7 July) to impose a blanket import ban on any Personal Protective Equipment (PPE) including face masks and equipment for producing medical oxygen to the Myawaddy Cross-border Trade Zone in the Thai-Burmese border region. The directive – not independently verified – was officially rationalised on the twin-grounds of “saving foreign reserve and encouraging the internal manufacturing sector” – in the midst of the pandemic, raging on, unabated and un-managed. 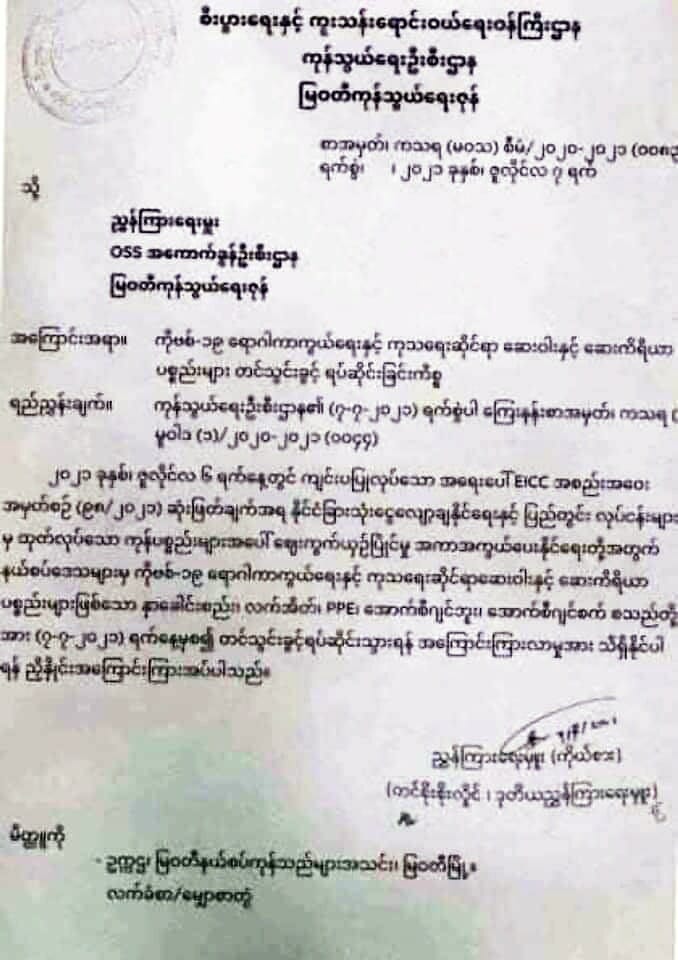 Additionally, the terrorist SAC regime has issued other orders evidently designed to deny the life-saving medical oxygen to large segments of the Burmese public who support and engage in the Civil Disobedience Movement. Pro-CDM public shuns anything still controlled by the military coup regime and refuse to pay even utilities bills.

According to the Myanmar Now News Report Today, (14 July), the regime has ordered private oxygen manufacturers that “the gas (must) be exclusively supplied to COVID-19 centres run by the military council” while banning private and state-owned producers from distributing it to individuals. Myanmar Now reported that the regime spokesperson, Zaw Min Tun, confirmed on Monday that the military has restricted all sales of medical oxygen by the private sector to the public at large.

Yesterday a Myanmar Muslim leader in Yangon announced in his interview that his mosque was distributing medical oxygen free of charge for anyone who urgently needed it, irrespective of race and faith. The same day, the military authorities were said to have ordered the staff at the mosque to end their oxygen philanthropy!

Just this morning, one Myanmar activist came to ask my opinion about whether the Myanmar regime can be said to be committing another genocide – the intentional destruction of the physical community of the civil population who want the regime literally dead. I replied to him that in the textbook Nazi genocide, the Nazis were killing multiple targeted populations – based not only on group racial and religious identities but also on their political creed and oppositional behaviour.  That is to say, while the European Jews under the Nazi-occupied Europe made up 70% of the total number of Nazi victims there were anti-Nazi Germans, generally lumped under “communists”, too, were early victims of the Nazi genocide. By the same token, the Khmer Rouge regime also targeted Buddhist monks, middle and upper middle-class Khmers considered “bourgeoisie” (or “reactionaries”), Muslim Cham and so on.

A recent Myanmar language cartoon captured how the virus is now being weaponised by the military simply by denying the civilian populations access to medical oxygen, on the market or freely donated. 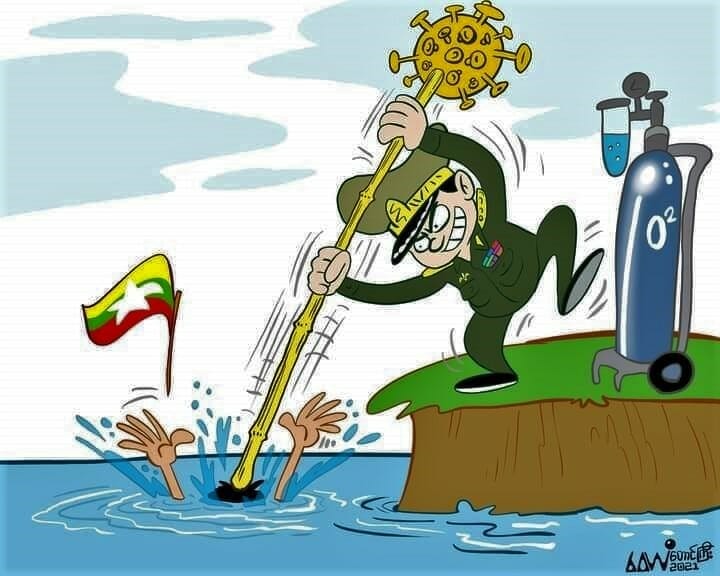 As a scholar who has spent the last decade studying the specific ways in which Myanmar military regimes have sought to bring about the physical destruction of Rohingyas as a group marked for elimination, this rings alarm bells in my head.  Myanmar’s practice of denying access to primary and emergency medical care for nearly 2 million Rohingyas inside Myanmar is an empirical fact recorded in international public health and medical literature, as well as numerous UN and INGO reports.

So, yes, it is conceivable that the Myanmar terrorist regime of the SAC may be genocidally minded in its approach in tackling COVID-19 within the military and its sub-social system, while deliberately putting at risk the lives of millions of anti-military Burmese of all ethnic and religious backgrounds.

Myanmar’s public health system has suffered a half-century of neglect under successive military regimes which have used lion’s share of national revenues to beef up the security sector (police, military, and intelligence networks), besides lining the military and generals’ pockets. The country’s public health system is amongst the world’s worst however one measures its quality.

Despite their own military rule, Myanmar’s Thailand has one of the world’s best public health systems, as Amartya Sen noted in his recently released memoir, “Home in the World: A Memoir” while calling attention to the appalling health care system of Myanmar where his earliest memories as a Bengali child were formed.

While both ministries had made some gains, in terms of government funding, training, and policy priorities under the National League for Democracy government of the now ousted leader, Aung San Suu Kyi, (2015-20), those gains have been eradicated in the last 6 months. Hundreds of thousands of public health professionals initiated the Civil Disobedience Movement, or CDM, in protest of the February coup. When a group of Norwegian academics from the University of Oslo announced their nomination of the CDM for the 2020 Nobel Peace Prize four months ago, the CDM officially tweeted, “We don’t need a Nobel Prize. We just need concrete support and freedom.”

Irrespective of whether one still feels hopeful about the country’s Nwe Oo Revolution, or Myanmar Spring, led by Generation Z, or wish the award of the Nobel Prize for the CDM of the healthcare workers, the time to offer 54-million Burmese something concrete, is now. For Myanmar’s terrorist regime has not only failed to address the unprecedented surge of the pandemic, but has even barred private sector philanthropists from donating free medical oxygen. Meanwhile patients gasp for their last breaths.

Not long ago, the World Health Organization had refused to seat either Myanmar military’s representative or recognise the alternative representative by the Burmese democratic opposition’s parallel “government.” So, it remains to be seen in what ways the WHO will assert itself as a much-needed international actor crucially needed in addressing the public health catastrophe in Myanmar. 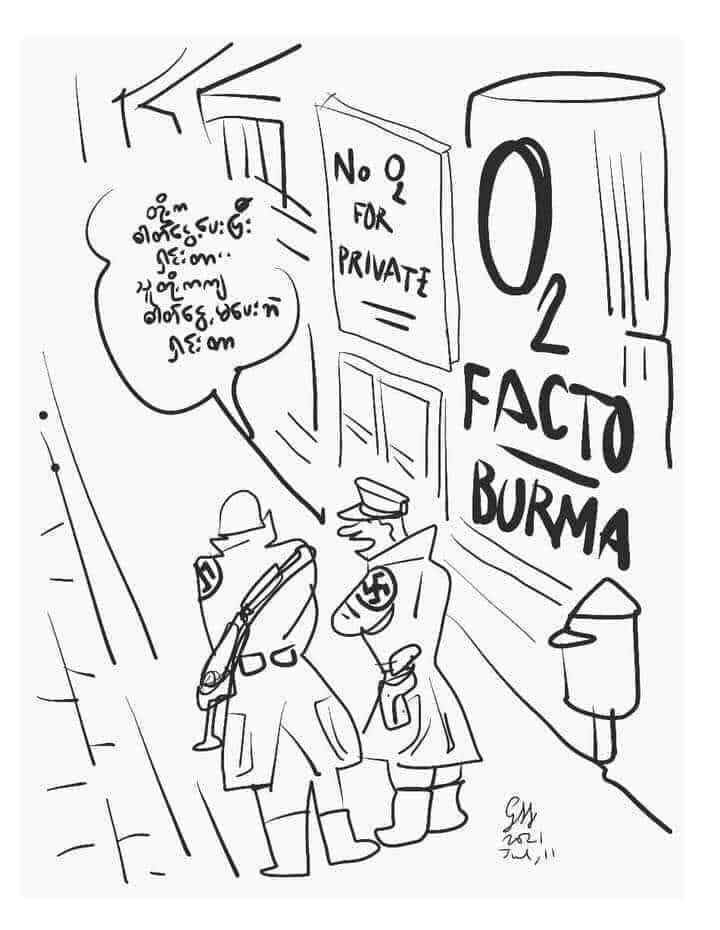