As a new report demonstrates, we are all relying on technologies that very few of us truly understand. 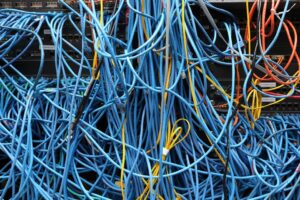 19 Jul 2021 – This story is so wide and sweeping, not to mention dangerous and generally fcked in the head, that it’s hard to find a hand-hold on it. It has its hooks into so many issues, large and small, that its true boundaries are beyond our ability to see them. From the Washington Post, and 16 of its partners:

The phones appeared on a list of more than 50,000 numbers that are concentrated in countries known to engage in surveillance of their citizens and also known to have been clients of the Israeli firm, NSO Group, a worldwide leader in the growing and largely unregulated private spyware industry, the investigation found. The list does not identify who put the numbers on it, or why, and it is unknown how many of the phones were targeted or surveilled. But forensic analysis of the 37 smartphones shows that many display a tight correlation between time stamps associated with a number on the list and the initiation of surveillance, in some cases as brief as a few seconds.

The numbers on the list are unattributed, but reporters were able to identify more than 1,000 people spanning more than 50 countries through research and interviews on four continents: several Arab royal family members, at least 65 business executives, 85 human rights activists, 189 journalists, and more than 600 politicians and government officials — including cabinet ministers, diplomats, and military and security officers. The numbers of several heads of state and prime ministers also appeared on the list.

Can we stop being children and wondering why so many people are so attracted to conspiracy theories now? Can we stop pretending to be wandering innocents in our brave new world? We are all relying on technologies that very few of us truly understand. This leads to a utilitarian life that doesn’t concern itself with ramifications. How many people with cellphones truly understand how they work? Most of us are as ignorant of what he technology is capable of as an Aztec would be. Reading this story is to slam into those ramifications headlong and blind.

Beyond the personal intrusions made possible by smartphone surveillance, the widespread use of spyware has emerged as a leading threat to democracies worldwide, critics say. Journalists under surveillance cannot safely gather sensitive news without endangering themselves and their sources. Opposition politicians cannot plot their campaign strategies without those in power anticipating their moves. Human rights workers cannot work with vulnerable people — some of whom are victims of their own governments — without exposing them to renewed abuse.

For example, Amnesty’s forensics found evidence that Pegasus was targeted at the two women closest to Saudi columnist Khashoggi, who wrote for The Post’s Opinions section. The phone of his fiancee, Hatice Cengiz, was successfully infected during the days after his murder in Turkey on Oct. 2, 2018, according to a forensic analysis by Amnesty’s Security Lab. Also on the list were the numbers of two Turkish officials involved in investigating his dismemberment by a Saudi hit team. Khashoggi also had a wife, Hanan Elatr, whose phone was targeted by someone using Pegasus in the months before his killing. Amnesty was unable to determine whether the hack was successful.

NSO Group, the Israeli firm that developed the Pegasus spyware, is borrowing a corporate strategy with which the gun manufacturers have made us sadly familiar—namely, Hey, we only make the stuff. We can’t be responsible for how many people get shot…er…spied upon. Which is not to say anyone is, and your data is very flawed and have you met our 900 lawyers? Your grandchildren will be taking depositions on this one.

In response to detailed questions from the consortium before publication, NSO said in a statement that it did not operate the spyware it licensed to clients and did not have regular access to the data they gather. The company also said its technologies have helped prevent attacks and bombings and broken up rings that trafficked in drugs, sex and children. “Simply put, NSO Group is on a life-saving mission, and the company will faithfully execute this mission undeterred, despite any and all continued attempts to discredit it on false grounds,” NSO said. “Your sources have supplied you with information that has no factual basis, as evidenced by the lack of supporting documentation for many of the claims.”

The company denied that its technology was used against Khashoggi, or his relatives or associates.

Let’s hear from some satisfied customers.

Hungarian Prime Minister Viktor Orban’s office said any surveillance carried out by that nation is done in accordance with the law. “In Hungary, state bodies authorized to use covert instruments are regularly monitored by governmental and non-governmental institutions,” the office said. “Have you asked the same questions of the governments of the United States of America, the United Kingdom, Germany or France?”

Moroccan authorities responded: “It should be recalled that the unfounded allegations previously published by Amnesty International and conveyed by Forbidden Stories have already been the subject of an official response from the Moroccan authorities, who have categorically rejected these allegations.”

Vincent Biruta, Rwanda’s foreign affairs minister, also denied the use of Pegasus. “Rwanda does not use this software system, as previously confirmed in November 2019, and does not possess this technical capability in any form,” Biruta said. “These false accusations are part of an ongoing campaign to cause tensions between Rwanda and other countries, and to sow disinformation about Rwanda domestically and internationally.”

That’s some fancy footwork right there, but it’s nothing compared to the terpsichorean magic coming from NSO’s lawyers while discussing the murder at a carwash of a Mexican journalist, a crime which has raised suspicion that the Pegasus software was used in tracking him down.

“Even if Forbidden Stories were correct that an NSO Group client in Mexico targeted the journalist’s phone number in February 2017, that does not mean that the NSO Group client or data collected by NSO Group software were in any way connected to the journalist’s murder the following month,” Clare, NSO’s lawyer, wrote in his letter to Forbidden Stories. “Correlation does not equal causation, and the gunmen who murdered the journalist could have learned of his location at a public carwash through any number of means not related to NSO Group, its technologies, or its clients.”

There’s no going back on the technology, but there is an adherence to first principles that can be used to mitigate its ramifications in our daily lives. But that requires that, as citizens of a self-governing republic, we understand the extent of the threat, and we reacquaint ourselves with the tools provided us at the country’s founding, and use them as best we can to establish boundaries for the technology in our lives and in our politics. Old tools can still be effective against new technologies. Take a hammer to your cellphone, if you don’t believe me.

Charles P Pierce is the author of four books, most recently Idiot America, and has been a working journalist since 1976. He lives near Boston with his wife but no longer his three children.