What Happens at Sun Valley, the Secret Gathering of Unelected Billionaire Kings?

We are developing a private class of billionaire kings whose will is omnipotent and untouchable by any democratic force. 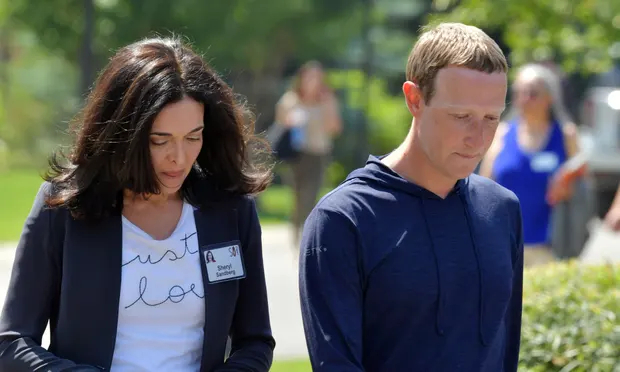 12 Jul 2021 – There comes a moment in every good gangster movie when all of the villains come together in a remote hideaway to make nefarious plans. If the good guys are smart, this is the moment they swoop in and arrest everyone. In real life America, though, we consistently squander these opportunities, opting instead to sit back and gawk at the villains like a bunch of dazed paparazzi. It’s never too late to change that.

Did you make it to the Allen & Co conference in Sun Valley, Idaho this past week? If you did, go directly to jail. The investment bank sponsors the annual schmooze-fest and “summer camp for billionaires” for the same reason that companies give away their luxury products in Oscars gift baskets: because if you spoil rich people enough, they may develop sufficiently warm feelings towards you to throw you some business one day. At Sun Valley each year, the billionaires are feted by the mere millionaires; the millionaires drum up enough deals to allow them to buy their third and fourth homes; and somewhere down the line, you can get a job as a housekeeper for one of those homes. This is the wondrous model of American capitalism in action – a tiny handful of wealthy people eat cake, and an entire nation gathers downstream, hoping to snatch up a few falling crumbs.

The Sun Valley conference is primarily known as a place where tech and media moguls gather to do a little fly fishing and strike multibillion-dollar merger deals, while various members of the financial press flit about the periphery of the resort like a bunch of tabloid hacks desperate for a snapshot of Mark Zuckerberg in the season’s latest fleece vest. More fundamentally, the conference is, like Davos, a mechanism for the concentration of wealth, dressed up as something friendlier. Here, America’s wealthiest mega-billionaires gather with the chief executive of America’s most powerful companies, the director of the CIA, and America’s most worthless pseudo-journalists (hello, Anderson Cooper) to develop the social and business connections that allow the top 0.00001% of earners to continue to accumulate a share of our nation’s wealth that already exceeds the famously cartoonish inequality of the Gilded Age of Rockefeller and Carnegie. Everything that happens at Sun Valley will contribute to the ability of attendees like Jeff Bezos, Bill Gates, and Mike Bloomberg to increase their society-warping fortunes. They and their fellow billionaires got more than 50% richer during the pandemic year, by doing absolutely nothing but sitting back and watching their capital grow as millions around the world suffered and died. Their power over the course of this country grows ever more unassailable and unaccountable to anything other than their own whims. We are developing a private class of billionaire kings whose will is omnipotent and untouchable by any democratic force. This is the state of affairs that the Sun Valley conference serves to intensify. It is, by any reasonable measure, a threat to the long term stability of our country that far exceeds anything the Taliban could ever dream up.

Yet there is a noticeable lack of Special Forces troops rappelling into the scenic Idaho woods to capture Oprah Winfrey and Tim Cook as they go whitewater rafting. The collective wealth of the small group of people inside that Sun Valley resort is estimated to be a trillion dollars – meaning that confiscating it all could end homelessness in America for the next decade, with a few hundred billion left over. Instead of pursuing this obviously good idea, we opt instead to leave all of that wealth in the hands of the rich, so that Sun Valley attendees Jeff Bezos and Richard Branson can use it to race one another to become the biggest asshole ever to go to space.

Everything that happens at Sun Valley helps attendees like Bezos and Gates to increase their society-warping fortunes.

It is odd that a nation obsessed with identifying threats has developed such a blind spot to the existential threat posed by the rich getting infinitely richer. Americans stockpile guns to fight off imaginary home invaders, flee to gated exurbs to hide from imaginary street crime, and launch doomed forever wars to battle imaginary foreign terrorists. But 40 years of wage stagnation, rising inequality, and the nightmarish gig-ification of all aspects of economic life are not enough to prompt us to cast a wary glance at an annual confab of all the people responsible for creating the conditions that have made it impossible to work one job and retire with dignity. The people who have, in fact, sucked up all of the money that no longer belongs to the mythical American middle class cavort openly in Sun Valley while we fearmonger about antifa breaking the windows of some coffee shop. It is enough to make me think that we are not so skilled at threat assessment, after all.

There is always next year. In 2022, the billionaires will return to Sun Valley. By then, they will almost certainly be richer, and more powerful, and control an even more grotesque share of the fruits of everyone’s labor. They will have continued to bust unions, consolidate control of industries, and wield disproportionate influence over all of our lives, solely for their own benefit. The case for rounding them up and redistributing their wealth will only have grown more convincing. And fortunately, we know exactly where they all will be.